And the saga continues… OnePlus and Cyanogen haven’t exactly been best friends lately. The two companies have been going at it via social networks for a while now and Cyanogen recently signed a partnership contract with Micromax, which made things far worse between these two companies. If my memory serves me, Micromax actually got exclusive right for CyanogenMod in India by signing this deal. OnePlus Two probably won’t come with CyanogenMod pre-installed, many people have been guessing that Oppo’s ColorOS will come pre-installed one the 2nd-gen OnePlus device, but those are just rumors. We might get an answer rather soon, OnePlus teased some sort of announcement for December 17th, and my guess is that the company will announce the new OS, whether their own or will use someone else’s. This is just a guess of course, who knows what OnePlus is planning.

Coincidentally, this announcement will take place 1 day before Micromax’s YU phone get announced, a device which will quite probably come with CyanogenMod pre-installed. These companies always surprise, the lengths they’re ready to go in order to trump each other is amazing, if only they invested all that effort into building a close-to-perfect device. Either way, mark December 17th and December 18th in your calendars because it seems we’ll see a ton of new stuff from both OnePlus and Micromax. What do you think OnePlus is getting ready to announce? You might disagree with me, do you think they’ll announce a device perhaps? I really doubt that considering we’re still a couple of months away from OnePlus Two, unless the company plans to release a new line of devices or something to that effect, we’ll see.

OnePlus One features a 5.5-inch LTPS LCD display with 1080 x 1920 resolution which is protected by Corning Gorilla Glass 3. You can get either the 16 (Milk White) or 64GB (Sandstone Black) versions of this handset, both come with 3GB of RAM. A non-removable 3,100mAh battery comes built-in here and Qualcomm Snapdragon 801 quad-core processor clocked at 2.5GHz is powering this handset along with an Adreno 330 GP. On the back of this handset, you’ll find a 13-megapixel camera flanked by an LED flash while there’s a front-facing 5-megapixel shooter located on the front side of this device. This is a 4G LTE capable device and it comes with Android 4.4 KitKat and CyanogenMod 11S pre-installed (after updating of course). 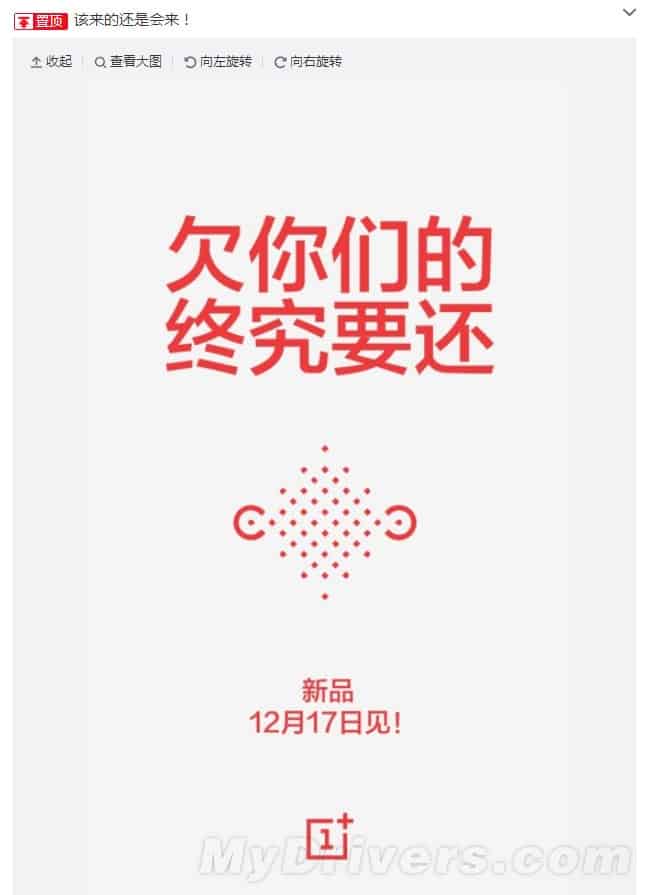