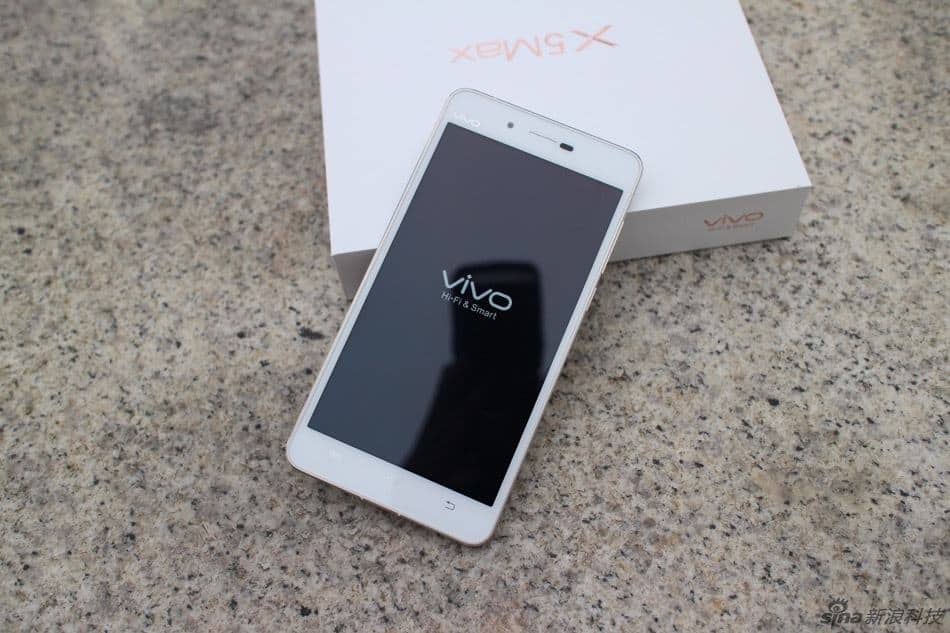 Vivo took the China news spotlight lately considering the company's X5 Max handset was leaked all over the place during that time. This handset was said to be the thinnest smartphone in the world and that's exactly what it is. This China-based smartphone manufacturer has just announced their X5 Max handset. First and foremost, let's tackle the thickness considering we've heard all sorts of things, first rumors were claiming that the device will be 4.75mm thin while the latest rumors went completely off track and claimed that it will be thinner than 4mm. Well, the device is 4.75mm thin after all and is the thinnest smartphone in the world, de-throning Oppo's 4.85mm-thin R5 handset.

That being said, let's check out the rest of its specifications. Vivo X5 Max features a 5.5-inch 1080p (1920 x 1080) Super AMOLED display along with 2GB of RAM for all your multitasking needs and 16GB of expandable storage (expandable via a MicroSD card up to 128GB). Moving on, this handset is powered by Qualcomm's Snapdragon 615 SoC, a 64-bit octa-core processor clocked at 1.7GHz which ships with an Adreno 405 GPU for graphics processing. As far as cameras go, this handset is equipped with a 13-megapixel rear-facing snapper (Sony IMX214 sensor, F2.0 aperture) and a 5-megapixel (F2.4 aperture). 2000mAh battery comes with the device while Android 4.4 is pre-installed here and it comes with Vivo's FunTouch 2.0 UI on top of it. The device measures 153.90 — 78.00 — 4.75mm and it comes sporting a dual 4G LTE connectivity. You might recall that Vivo also teased some sort of Hi-Fi audio a while back, well, Vivo actually designed the world's thinnest box speaker which is only 2.45mm thick and the device also comes with a built-in Yamahayss-205X chip on board which makes this device the first Android smartphone which sports a real-time vocal reverb sound.

Vivo has also announced the price for this handset, it will cost 2998 Yuan ($485) and it will be available starting December 22nd, in case you were wondering. So, what's the gist, this is a really solid offering by Vivo, especially if you're in a market for an extremely thin device. Keep in mind though that this handset sports only 2,000mAh unit on the inside, so a battery life could really be an issue considering this tiny pack needs to power on that huge 5.5-inch 1080p display, it will be interesting to see how long can it last. You can check out a bunch of images of the device down below, courtesy of Sina Technology.