Firefox OS finds itself in the position of being an interesting idea in a highly competitive world. The world's mobile device market is dominated by two players: Google's Android and Apple iOS, with the remainder of the operating systems essentially fighting it out for the scraps. That means Windows Phone, BlackBerry OS and to this collection, we need to add Firefox OS. There are some predictions that Windows Phone will gain significant market share in the coming three years, which I simply don't see even without competitors such as Samsung's Tizen and Mozilla's Firefox OS. And I do sorely wish Web OS was competing for a slice of the mobile market cheesecake.

To consider Firefox OS, it is in many respects like Chrome OS: it's a browser running on top of a basic Linux OS, and applications are web based and therefore very easy to code. Going back to early 2013, Mozilla's Chief Executive Officer sought growth from the developing smartphone areas of the world, asking the question, "Is the farmer in the Indian countryside going to have the same needs and requirements as a lawyer sitting in New York?" The answer to this is a definite "no," but the follow-up question would be "what operating system is as broad as it is as deep and can meet the variable needs of the world's population?" That answer, for over 80% of current smartphone owners, is Android. Can Firefox OS get a toe in? Perhaps; @upleaks have outed the alleged specification of the LG L25 smartphone, which runs Firefox OS. The LG L25 is based around a Qualcomm Snapdragon 400 processor with 1.5 GB of RAM and 16 GB of internal storage. There's a 4.7-inch, 720p screen and an 8 MP rear camera (together with a front facing 2.1 MP unit). The device has 802.11n-grade WiFi and Bluetooth 3.0; these are not the last word in specification by any stretch but this may be more associated with the supported hardware from Firefox OS and the target market. We're also led to believe that the LG L25 has 4G LTE.

The LG L25 is going to be the most powerful Firefox OS device. We don't yet know when it'll arrive, but it'll be interesting to see how LG handles Firefox compared with Android with a similar hardware specification. We also don't know the price or launch date(s) of the L25 and what countries will receive the device, either. And just as some Android devices have had Firefox OS ported across, I wonder if somebody will port Android to the L25 handset in the next few months? 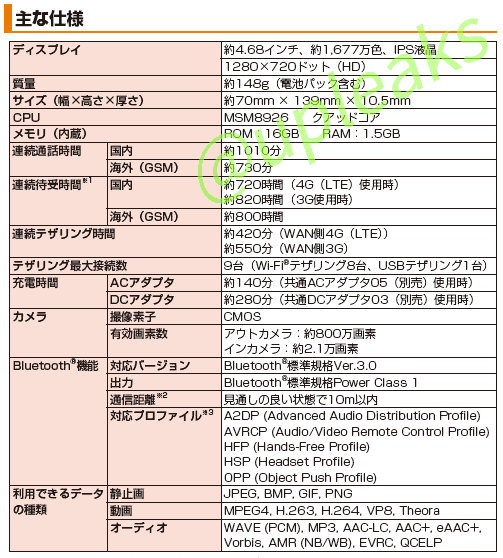