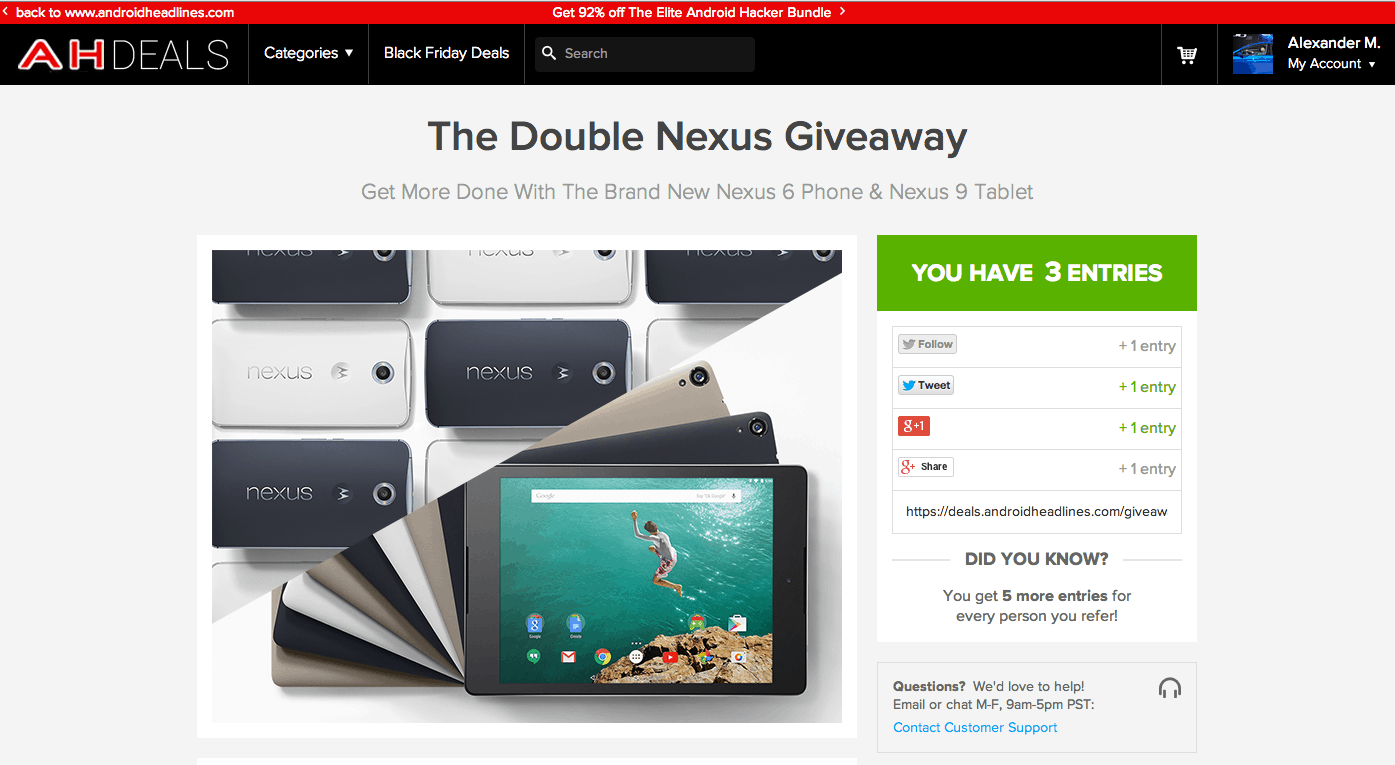 We just launched the Android Headlines Deal Store yesterday and we've already got something HUGE. Talk about kicking things off with a bang, we've got a Double Nexus giveaway going on right now and it ends next week. We are giving away ANOTHER Nexus 6 and Nexus 9. This one is a bit easier to get as well. It's really easy to enter as well, all you need to do is sign up for the Android Headlines Deal Store (this just means making an account, not inputing a credit card number or anything like that), and sharing it on Social media, as well as liking Android Headlines on Twitter. Pretty simple right?

With that said, we want to wish everyone a very Happy Thanksgiving (leave some Turkey for us!), and good luck with this Double Nexus Giveaway!