Toy Drift Racing is an Android game that aims to recreate the joy of playing with Remote Control cars as a kid. You have a number of cars to choose from, as well as a number of different environments filled with collectibles and stunts to tackle. With 3D graphics, easy to use controls and an emphasis on having fun, Toy Drift Racing is a game that should appeal to those of all ages. You steadily unlock better cars, as well as different environments to practice new stunts and such.

In order to start playing Toy Drift Racing, all you need to do is download the game from the Play Store. Once you launch the game, you might be asked to sign-in to Google Play Games. Once you've done that, your next step is to choose a car. 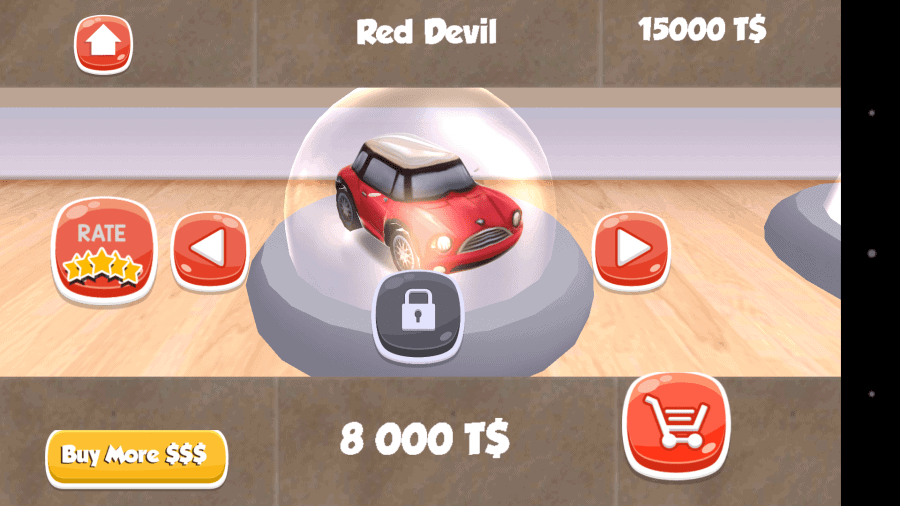 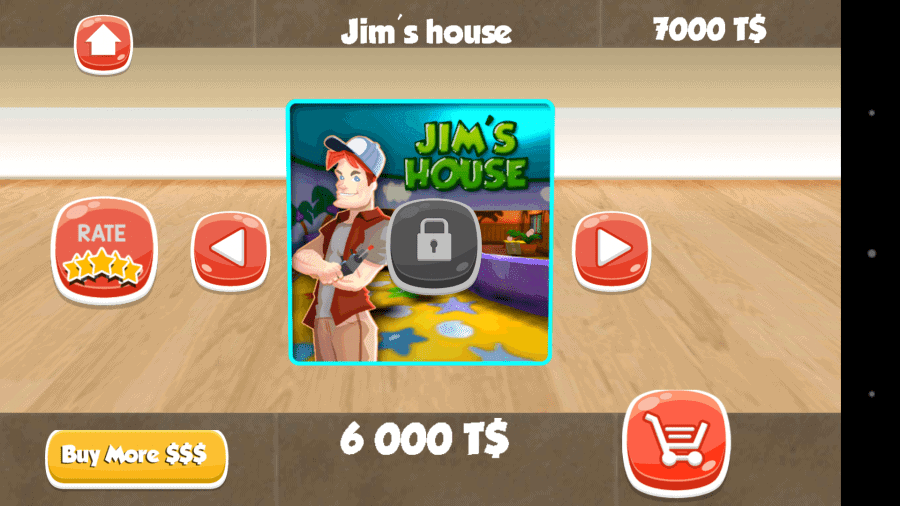 When you start playing, you'll see some simple controls on either side of the screen for accelerate and break as well as steering left or right. You'll end up driving around environments like house kitchens and such in the search of ramps, coins to collect and more. 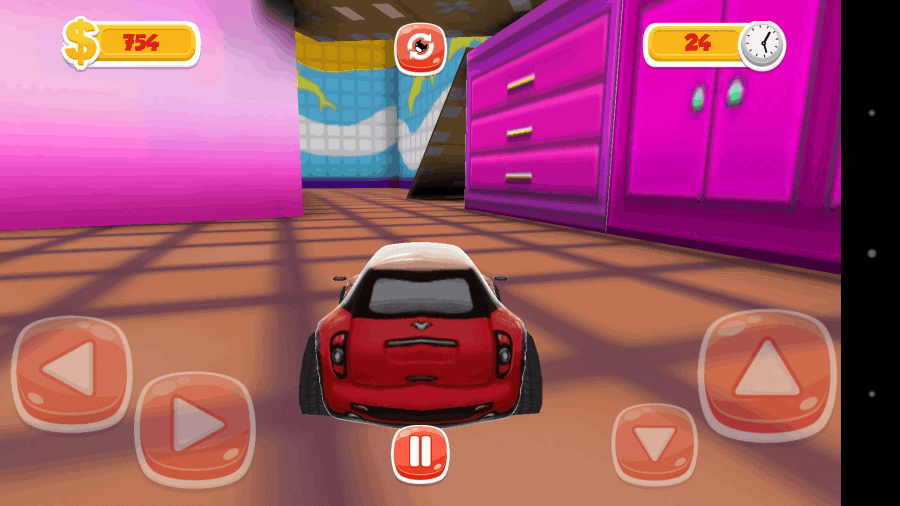 When driving around, you'll soon find yourself driving on sofas and such looking for coins to collect. This aspect of exploration lines up well with the idea of controlling a remote control car and just having fun with it, but you don't get much time to do it. 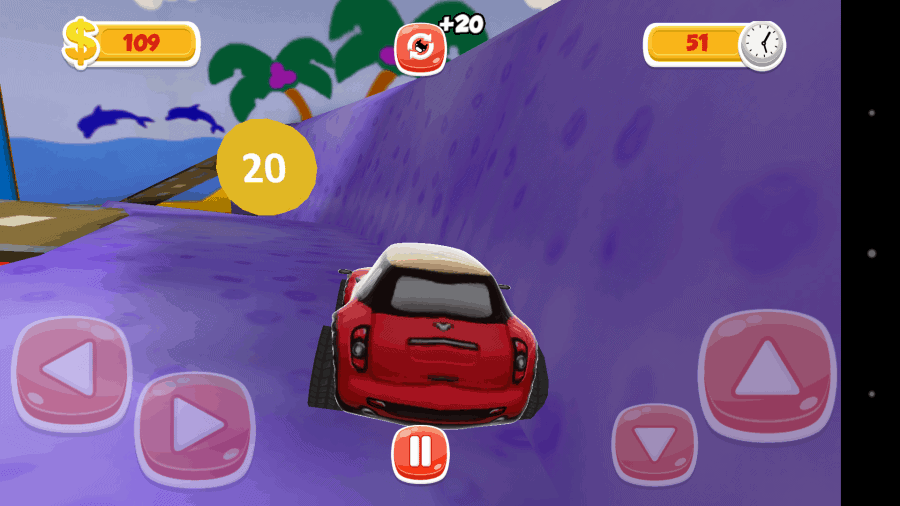 You'll find a good deal of ramps throughout the environments and these can lead to some cool stunts. 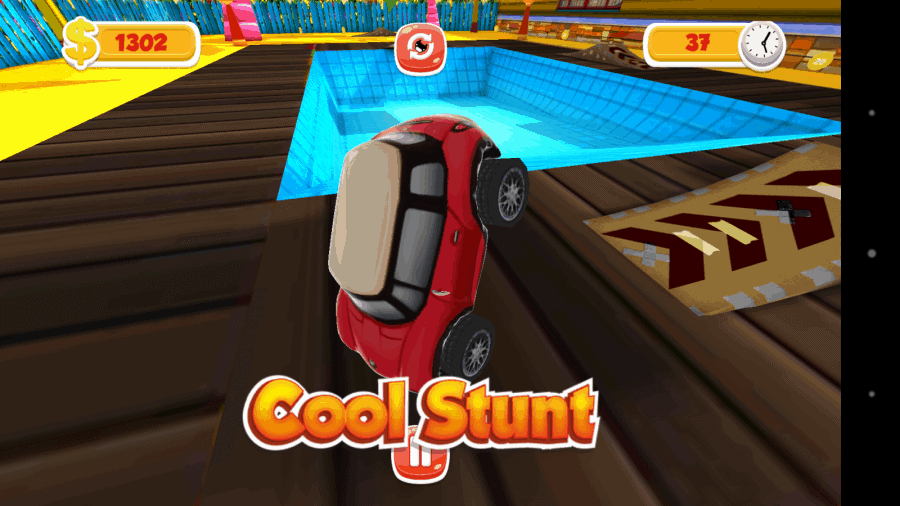 At the end of each timed run, you'll be told how much Toy Dollars you've earned and more. 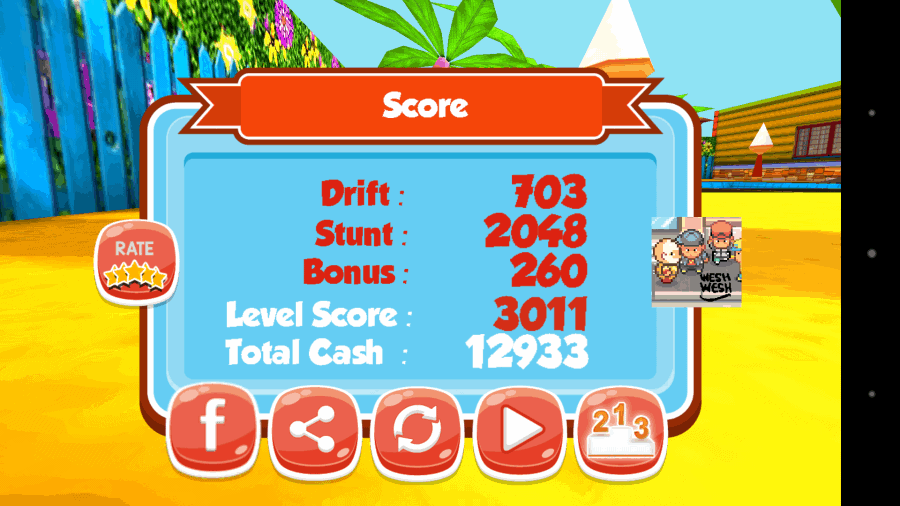 This is a look at the first level, and the first car I have access to, but there are more cars to unlock, that are quicker and far easier to drift with, so it's well worth taking a look at the game and seeing what else you can come with.

I remember very well spending time with remote control cars as a kid, and I was also a massive fan of Toy Story, so Toy Drift Racing is a lot of fun for me. I do wish that the controls were a little more flexible, but they're far easier for me to control than tilt-based control schemes I've wrestled with before. It was a little disheartening to see that you need to unlock everything using "Toy Dollars", which you acquire (in meaningful qualities at least) through in-app purchases. Still, the ads don't get in your way while playing at all, and you do unlock Toy Dollars while playing. The environments are nice and large, with quite a bit to do in each of them, but I wish it were easier to unlock a better car to really make the most of them sooner.

Overall, I found Toy Drift Racing a lot of fun, it's got good 3D graphics, a lot of different levels to explore and a decent selection of cars as well. The problem however, is that a lot of these items cost Toy Dollars to unlock, and once you spend your first bunch, it takes a while to gather up enough to unlock anything for free. Still, developers need to make money and the game is free to download and play. With a little polish, Toy Drift Racing would be an even better game, but right now it's a lot of fun and definitely something for parents and kids to be able to play together.