Description: Solo Air is an Android app that allows keen guitarists to take things on the road with them. With Solo Air, you can either play guitar using your smartphone, or if you have either a Samsung Gear smartwatch or an Android Wear watch, you can move your arm up and down in a strumming motion to play the chords from your smartphone or tablet. Solo Air features the ability to either choose a chord and simply wave your arm to play that, or you can create your own fingering and strum your own arrangements. With the ability to play with a strumming motion, as well as the option to record your playing, it seems like Solo Air has more than enough going for it. To find out more watch the video below and read on to see what we thought of it.

How it Works: You'll need to download Solo Air from the Play Store at first, and you'll need an Android Wear watch or Samsung Gear watch to take full advantage of the app. If you don't have one, you can still use the app – Solo Air has all the features of the original Solo app making it an excellent standalone guitar app – but it's better if you do have an Android Wear or Samsung watch. Solo Air is free to use, but the free version is ad-supported and requires an in-app purchase to unlock all of its features. You can sign up to a free trial of the full version using your Google account upon launch. 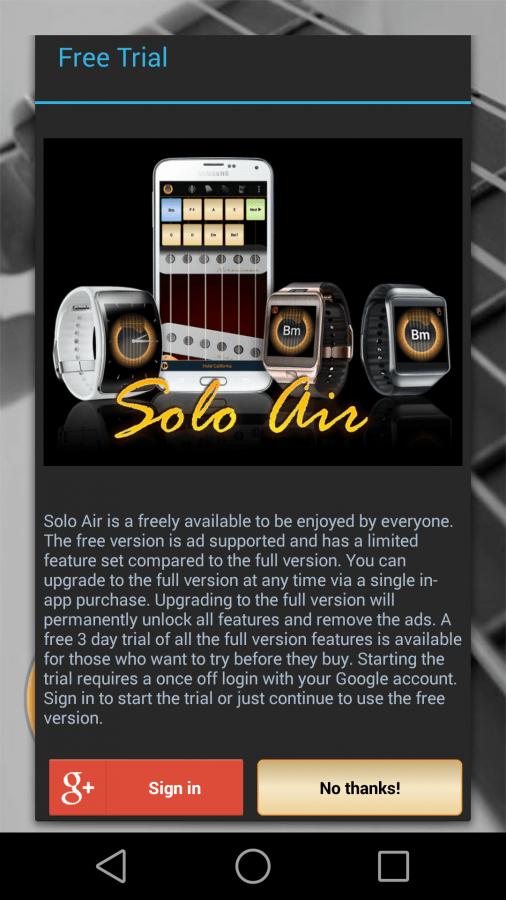 You'll then be greeted with a screen where you can choose a chord and then you can strum the strings of the guitar and it'll play the corresponding chord. 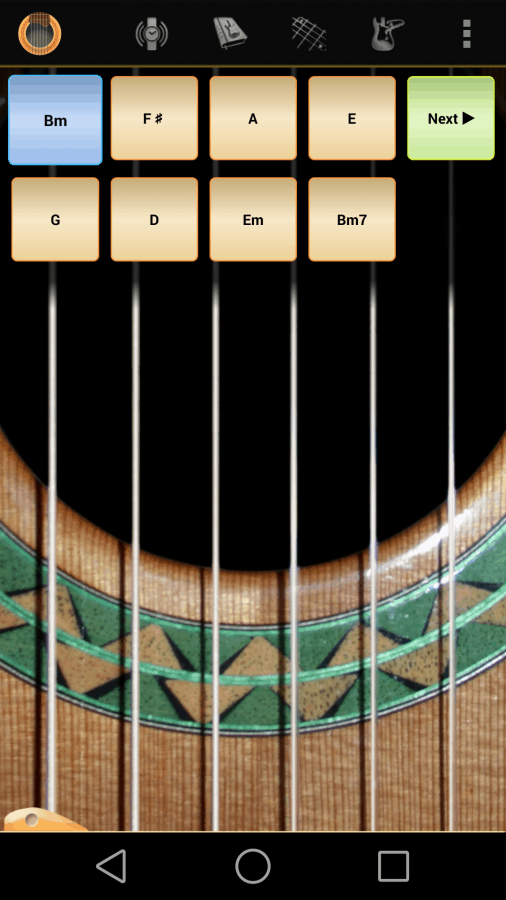 Of course, the real fun with the Air version of the app is the ability to connect a smartwatch and then strum with the wrist it's on to play the chords. 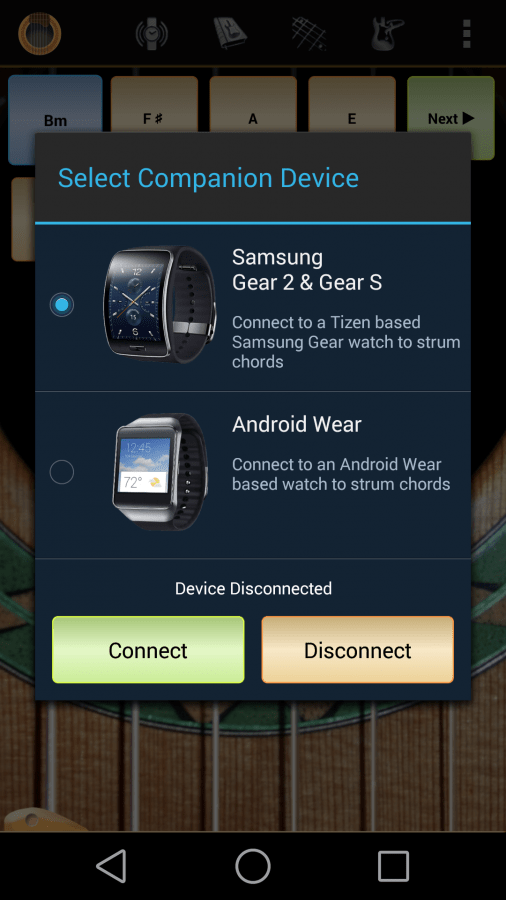 You can easily choose chords from the app's chord book, as well as create your own, too. 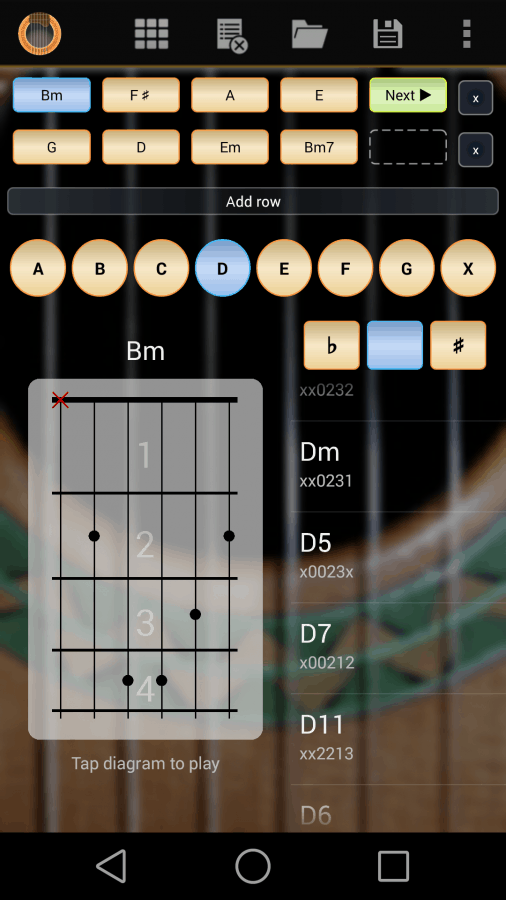 You can also turn your smartphone or tablet into the fingerboard of a guitar, too. With prompts to tell you how to better take advantage of this feature. 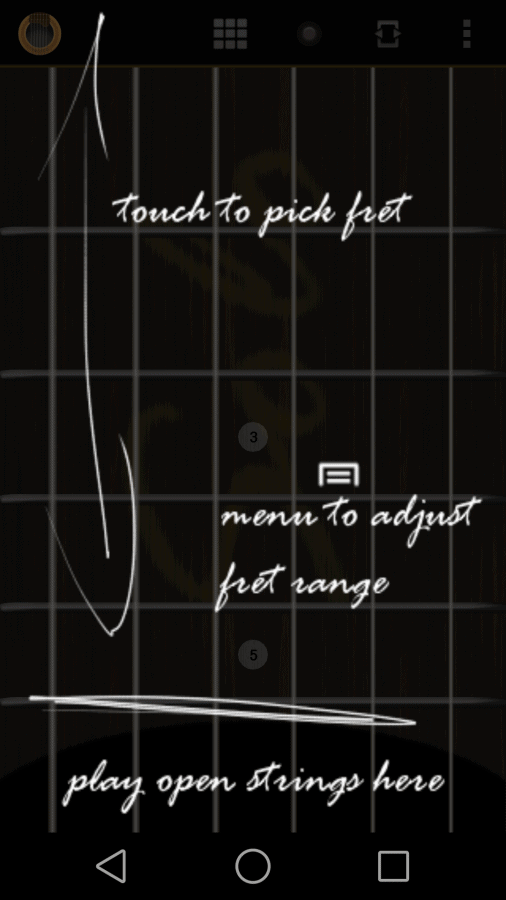 Let's not forget that you can change the sound of the guitar as well to a number of different guitar types. 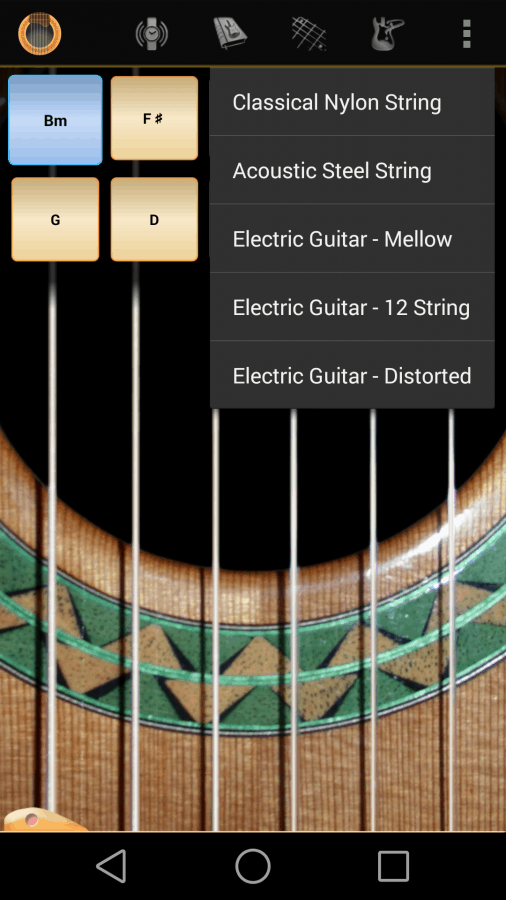 There are also other features that you can add to Solo Air, like the ability to listen to music stored on your phone while playing along. 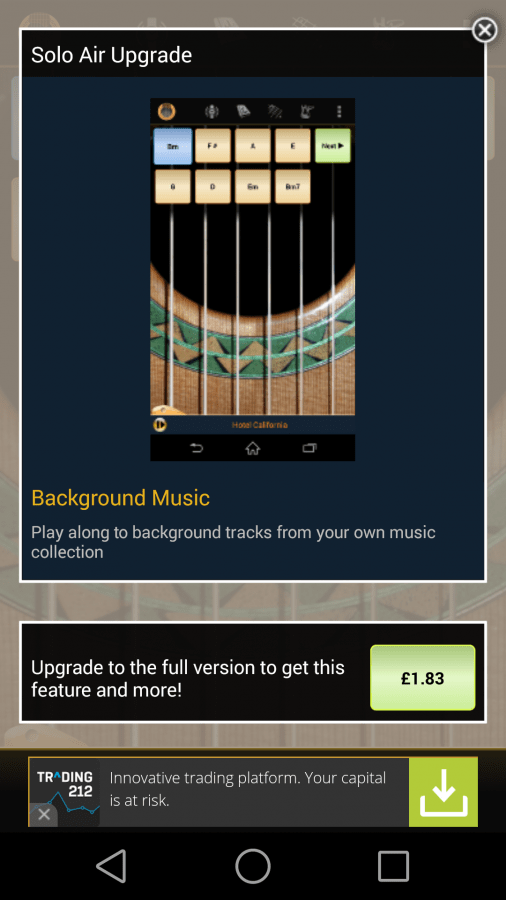 Opinion: I've been trying to learn how to play guitar since the summer of this year, and while I don't have as much time as I'd like for it, I do enjoy it. As you'd expect, I've played around with a number of Android apps to help me learn, and outside of simple tuning apps I haven't found anything that's been that helpful. I can see Solo Air breaking that trend however, as rhythm is my biggest weakness. Thanks to the strumming motion – used with my LG G Watch – I can study the shapes of chords no matter where I am while strumming along. This is a pretty big deal for helping that information sink in. For accomplished players however, I can see Solo Air being a decent way of putting a beat into an arrangement and recording it for later, all while strumming along like normal. It's not perfect and I'm sure the accuracy while strumming depends on which watch you have, but this is a very intelligent use of smartwatches.

Conclusion: There's a lot to love about Solo Air. Not only does it offer the ability to piece together guitar music and record it no matter where you are, but it also has the ability to let you strum along. That natural motion of strumming is the star of the show for me. It's not perfect and can be a little too sensitive – although this can be adjusted on the watch – but producing a chord or note with that strumming motion is so key to playing the guitar and it makes Solo Air that much more natural. While I'm sure Solo Air is great for new players, it has a lot on offer for more established players as well, like the ability to note something and record it for when they're home or back in the studio. All-in-all, Solo Air is an excellent app that makes smart use of smartwatches and is a refreshing way to produce guitar music on a smartphone or tablet.