Skip to content
Trusted By Millions
Independent, Expert Android News You Can Trust, Since 2010
Publishing More Android Than Anyone Else
59
Today
142
This Week
59
This Month
963
This Year
127069
All Time

Description: LED Blinker is an Android app that aims to make it much easier to help you figure out which notification is which. Using the LED light on your Android device, you can choose from a range of different colors to suit different notifications, like red for an SMS message for instance. There’s even a game that can help teach you to recognize the different colors on your device. With support for devices running Lollipop, and a Screen LED option for devices that aren’t supported, it would appear that LED Blinker has all the right boxes ticked, but just how good is it? Read on to find out. 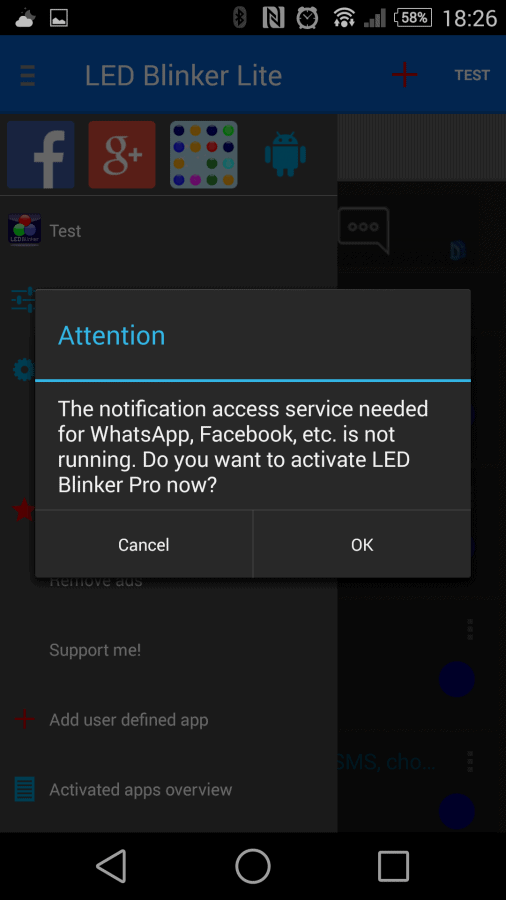 Once you’ve done that, you’ll see a list of your notifications and whether or not they’re switched on, switching them on will then activate the LED to blink in that color shown next to the notification type in the list. 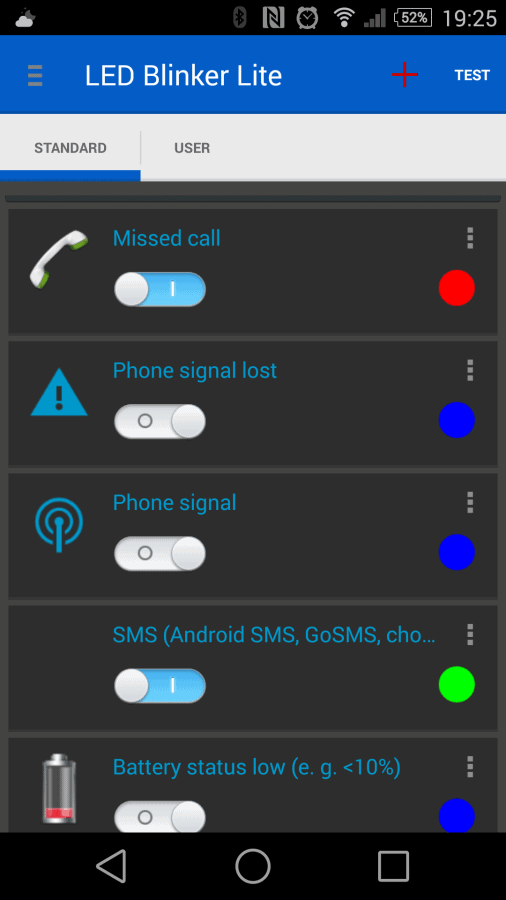 Let’s take the missed call notification here, if I want to change the color, all I need to do is to hit the circle and choose a new shade. 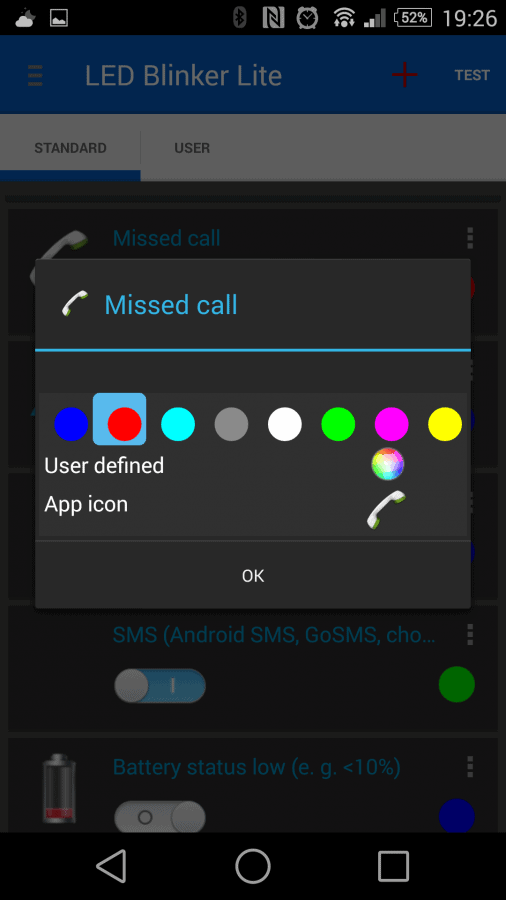 There are more settings to choose from as well, like the ability to overlay the message on your screen when using the onscreen LED option. 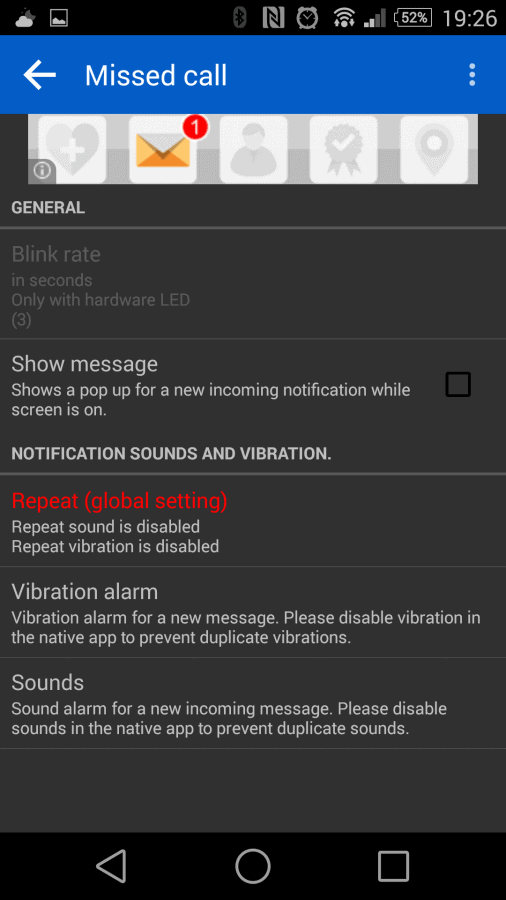 Now, if you’re phone isn’t supported by the app (like HTC devices), or your device doesn’t have an LED indicator then you can use this onscreen LED, the color settings are the same for the onscreen LED, and you just need to enable it in the main settings page. You can also choose where on your display you see the LED. 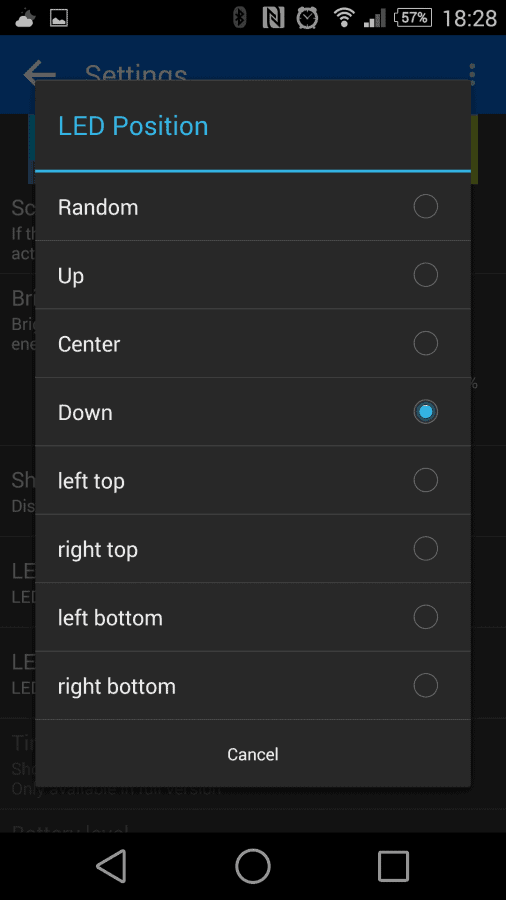 When you have this enabled, you’ll see an LED dot on your display like this, and while this isn’t a perfect solution by any means, it is nice for phones that aren’t supported or devices that just don’t have an LED indicator. 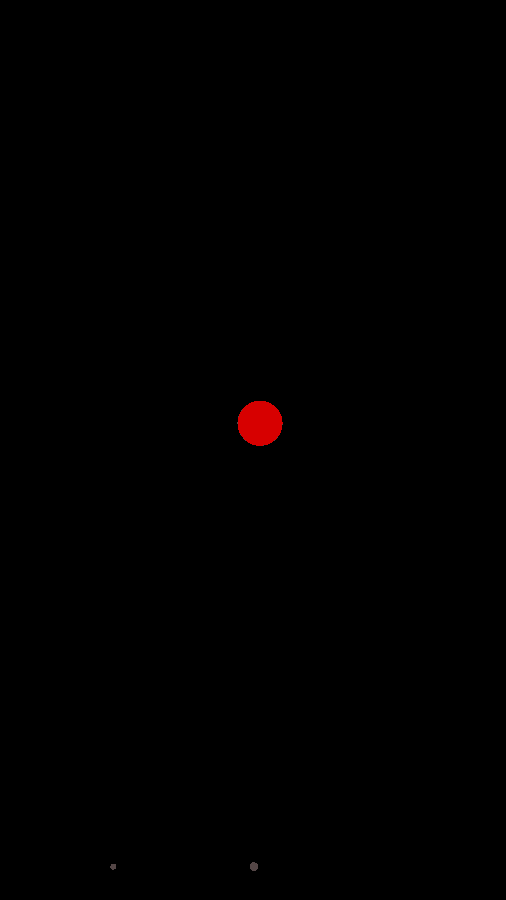 You can pay to remove ads with LED Blinker, and it’s a fairly cheap payment to get rid of ads, which is a nice feature. 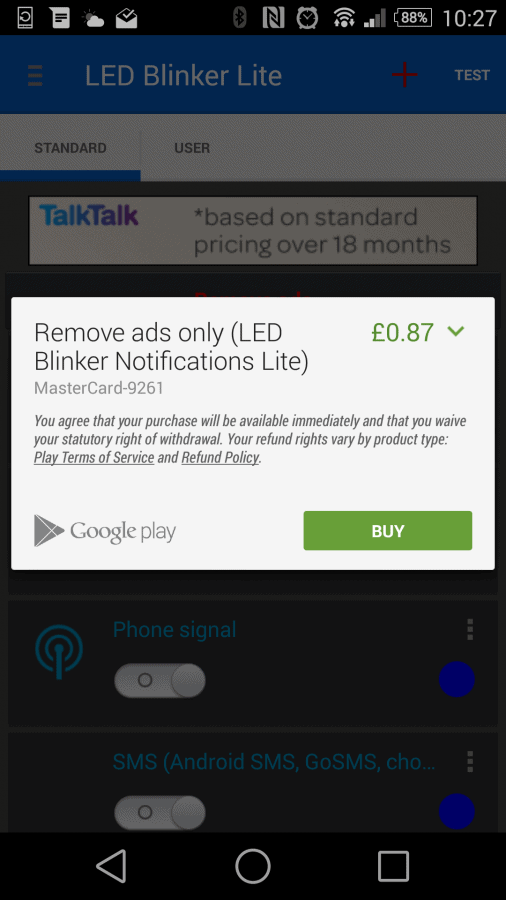 There’s also a Pro Version, which adds support for all apps such as Facebook, WhatsApp and co. – you can take a look at that here. A fun game has developed by the same developer to help you remember which LEDs are which, with LED Blinker the Game. 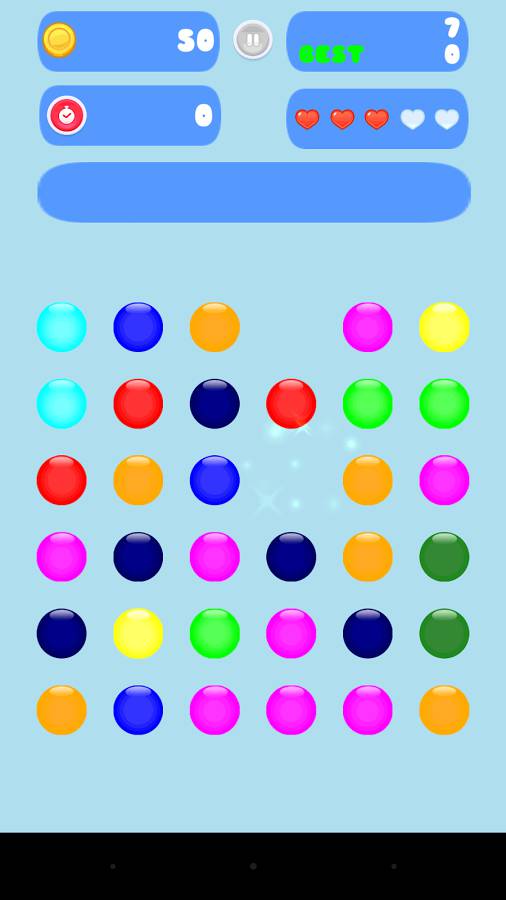 Opinion: Despite the fact that I wear a smartwatch throughout my working day, I definitely appreciate the LED light on my device. Sadly, LED Blinker didn’t work on my Xperia Z2 (which isn’t rooted and is running stock software) which means I had to use LED Blinker’s Screen LED option, which is a great inclusion for those with devices that don’t have an LED or can’t get the app to work, and in the pro version it can display a little more information, too. LED Blinker is definitely highly configurable, but it can be clunky in places, and while the ads in the Free version can be a little annoying, it doesn’t cost much at all to remove them. All-in-all, LED Blinker is an app that works for a good deal of people, but offers some good configuration as well as a decent option for those without LEDs or support for their hardware light. I wish that the LED was supported on my phone, but then Android does have its quirks, and the developer is very helpful offering speedy, free support over emails.

Conclusion: While LED Blinker didn’t work 100% for me, I found that the amount of options, as well as the ease of getting it all set up was good. This is a decent alternative to the more involved and complicated apps that do a similar function, I just wish that I didn’t have to rely on the onscreen option. Still, having that option in the first place is good and it does help to make notifications more visible to those with poorer eye sight. In general, LED Blinker doesn’t offer too much that you can’t find elsewhere, but it doesn’t ask too much of its users and is quick and easy to get working.