Description: GAMEO GameBox is an Android app that is all about making things easier for you. GameBox is exactly what it sounds like, it's an icon that you put on your homescreen which shows you all of the games installed on your device, neatly sorted by how often you use them. That's it. Wonderfully simple GameBox takes away the pain of having to create a folder, drag all your existing games to it, and then drag new games to it every time you get a new favorite game. GameBox is here to not only help you declutter your homescreens, but also help you discover new games, too. Read on to see how.

How it Works: Just like all those games that you have lying around on your phone or tablet, you'll need to download GAMEO GameBox from the Play Store. Once you've done that, just add the icon to your homescreen and then click it, you'll then be presented with a folder with all your games on it. 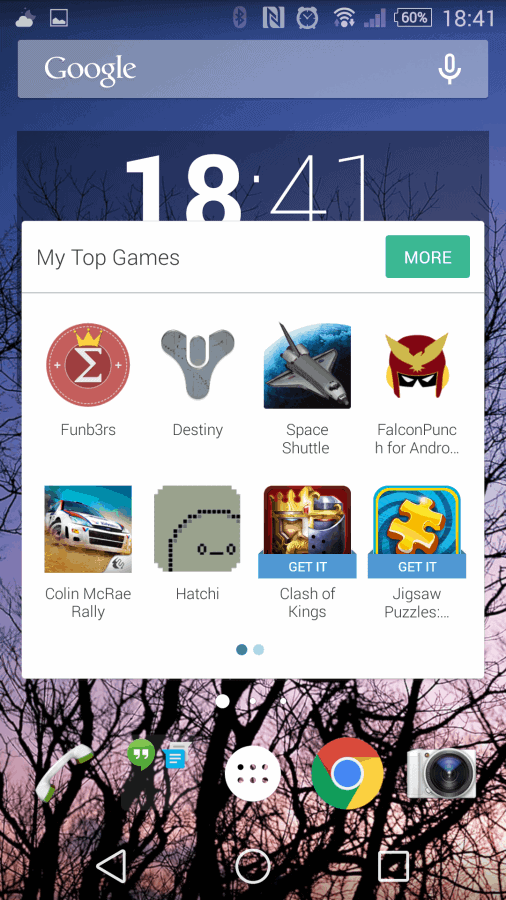 The GAMEO service that GameBox feeds into is a great way of discovering new games and that's where those suggested game icons are coming from. 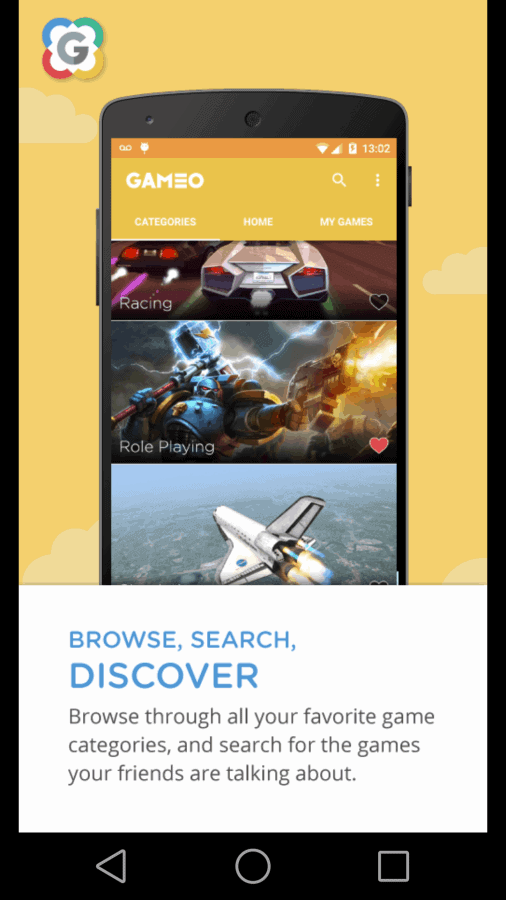 To see how it looks on tablets, here's a look at it on my Nexus 9. 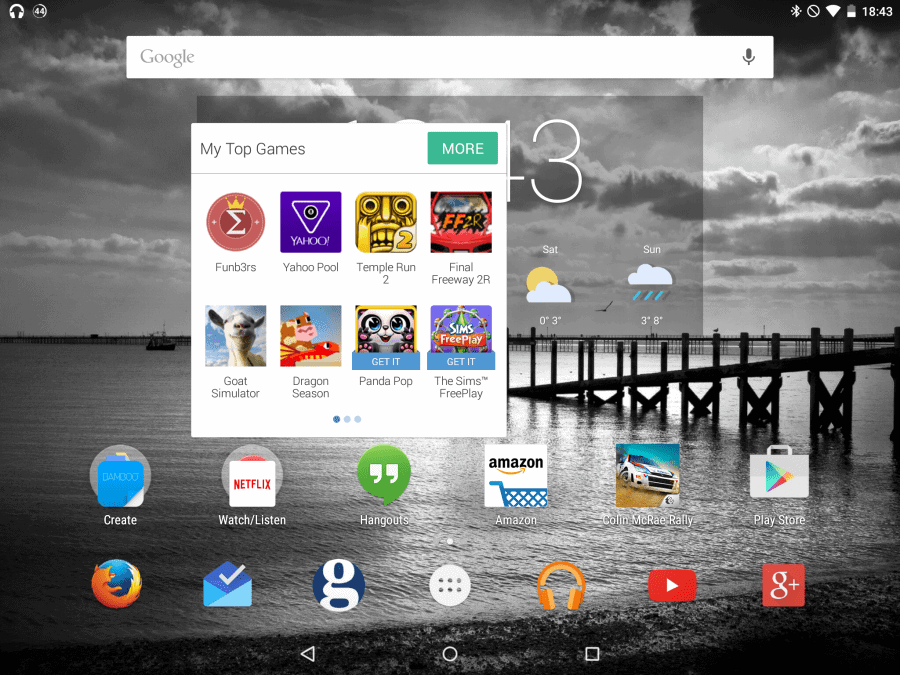 Opinion: GAMEO's GameBox is really, really simple and you know what? I couldn't be happier about that. I like minimal software design, and I prefer it when apps work for me, rather than needing me to do all the work. When Android added folder support natively in Android 4.0, it was great, but there was a catch. We had to create these folders ourselves, and while that sort of control is the point of Android, putting 20 or so games into a folder is boring, and it takes far too long on all the major launchers for Android. With GameBox though, every game you have on your device is right there, with your favorites front and center. Making it super-easy to get to Fruit Ninja (my modern day Tetris) or your little one's latest favorite. The suggested games are a little annoying, but I'd rather this than annoying ads, and this is a nice sneak peek at what GAMEO itself has to offer. Besides, the app is free, so I can't blame the developer throwing in a suggested game or two. 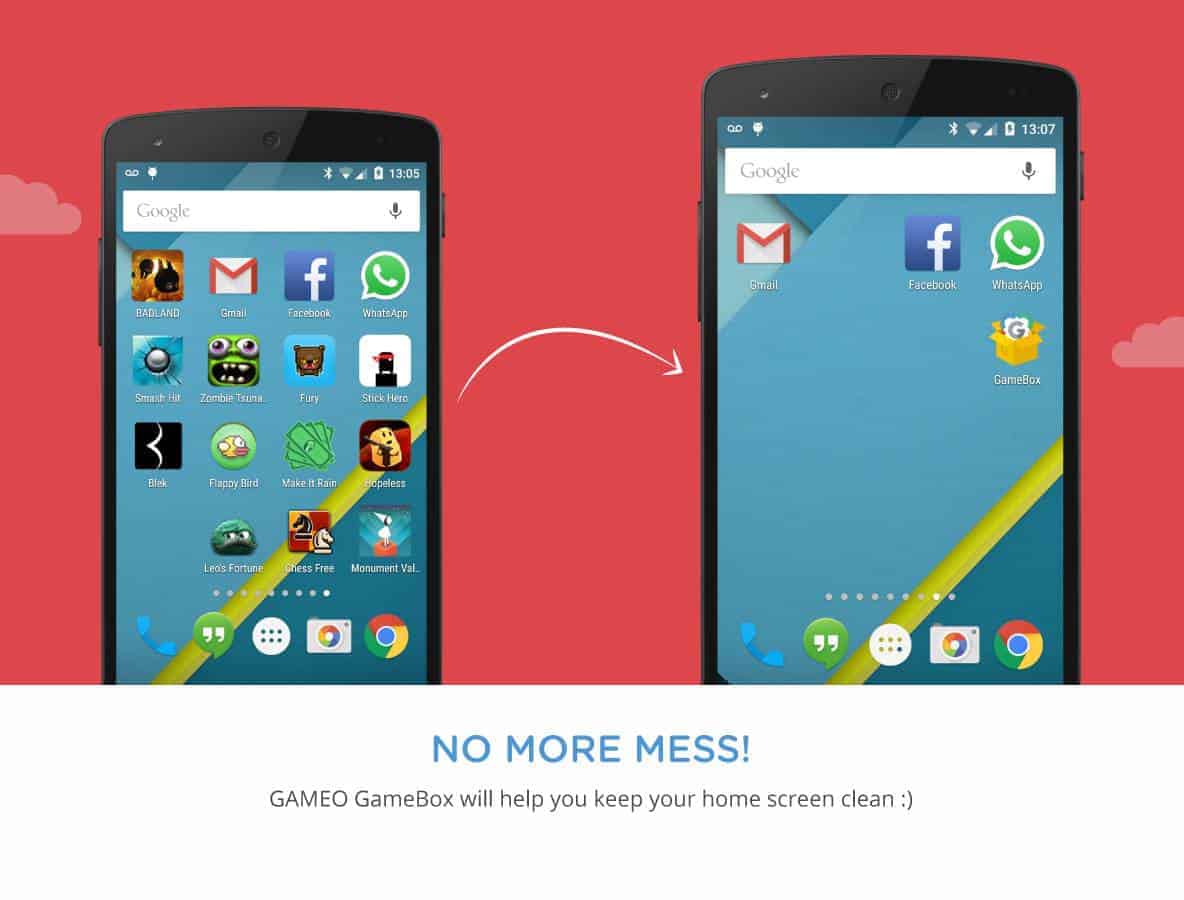 Conclusion: GAMEO's GameBox is a delightfully simple app and while for some that might be turnoff, it works brilliantly to get your games all organized in the right place. It can also help you declutter your homescreens and it makes it even easier to get to your games on your tablet or smartphone. It feeds into the GAMEO discovery service quite nicely as well, and even if it is brutally simple, it just works, and works well.