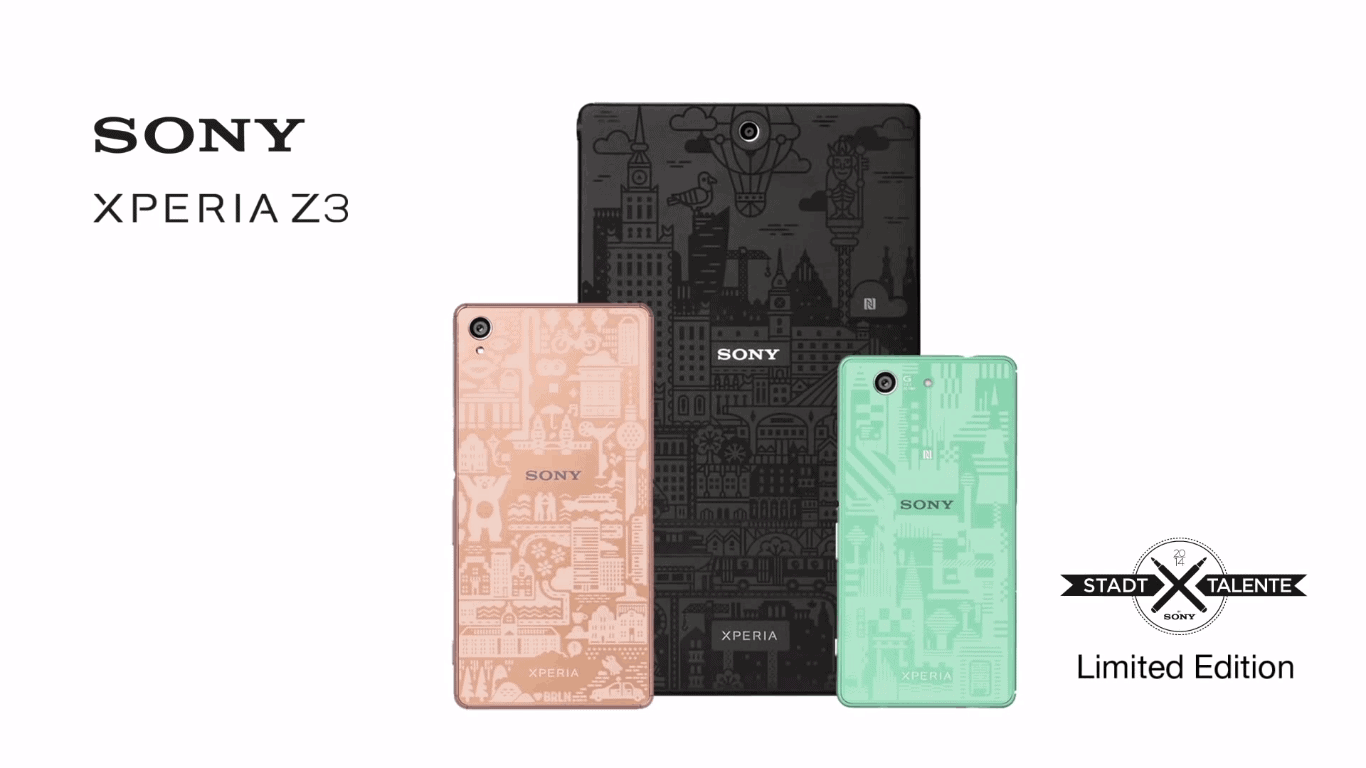 Sony's Xperia Z3 series lineup of devices is likely soon going to be surpassed by the upcoming Xperia Z4 series, which is expected to be unveiled at the CES2015 trade show which starts January 5th. Until those are launched though the Xperia Z3, Xperia Z3 Compact, and the Xperia Z3 tablet compact will be Sony's go-to flagship devices, and you can expect them milk every bit of revenue out of them that they can. Their newest move to do so involves coming out with a limited edition set of Z3 devices of the Z3, Z3 Compact, and Z3 Tablet Compact inspired by designs of Berlin, Tokyo and Warsaw, under a project called "city talent" making for a truly unique look to the handset.

I'll start by mentioning here that these are extremely limited (Sony is reportedly only making 33 of each design and device model) and they will only be available in Berlin, Germany it looks like. That likely means a slightly higher price tag for anyone who would attempt to import these for use stateside. The designs are inspired by the cityscapes of those three cities listed above with the designs engraved on the back, and they actually look pretty cool. I myself am rather partial to the Tokyo inspired design, but that's just because I have a vast fascination with Japanese culture and everything therein.