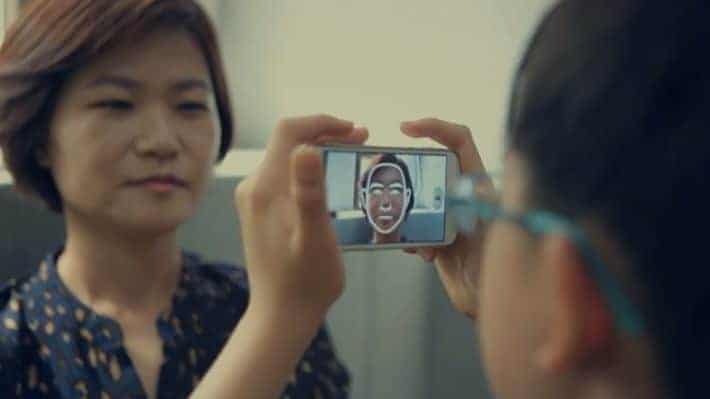 Samsung gets a lot of flack from all the experimentation they do, and sometimes for good reason. While there are plenty of useful features and apps on Samsung phones and in Samsung's overall ecosystem, like gestures and tons of other great ideas, sometimes stuff just doesn't work as intended or really isn't all that necessary in the first place. This time around though Samsung has knocked it out of the park with its new app, Look At Me, which focuses on turning social learning into a game for Autistic children who naturally need a little more help with the social side of life than people without Autism do.

Look At Me works by letting Autistic children interact with the camera and touchscreen on their Samsung phone in a way that teaches them to recognize facial patterns, poses, moods and emotions and other ways to express themselves that they might be struggling with. It takes these activities and turns them into a 15-20 minute game that's designed to be played daily. Samsung has partnered with a number of research foundations and professors to design the app, including the Seoul National Unitersity Bundang Hospital and the Yonsei University Department of Psychology. They also worked with UX designers and came up with a very specific user interface designed to help Autistic children best navigate around it.

A study of 20 children that was done using the app showed that over 60% of children who participated in the program had an improvement in making eye contact; something that Autistic children struggle with and makes social situations difficult for them. As the app is designed for these children to improve their social skills Samsung has put together a rather emotional video of a family who worked through the program and is a success story for the app and the program. It's well worth watching and you can find it below. At this point in time the app only works for Samsung Galaxy devices even though it's listed on the Google Play Store, specifically for the Galaxy S3, S4 and S5, Galaxy Note 2, 3 and 4, Galaxy Zoom and Zoom 2 and the Galaxy Tab S. Watch the video below and then check out the Google Play Store link below that for the app.