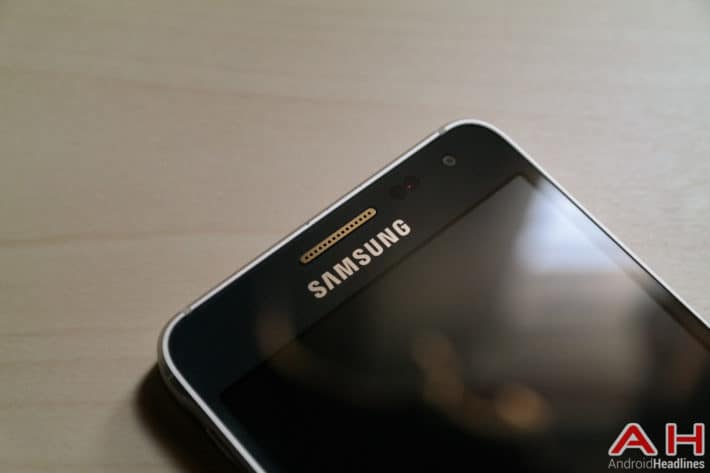 Samsung have come in for a lot of criticism over the last year, encompassing everything from unashamedly plastic designs to launching many, many different handsets and crowding out the market. We've seen that the company is capable of designing beautiful devices in a metallic chassis in the shape of the Samsung Galaxy Alpha and, more recently, the Galaxy A3 and A5 devices. We've also seen some new handsets popping up across the world including the SM-E500F, which at the time we speculated might be an E-series of some sorts. And now, whilst still in the rumor-camp, it looks like the SM-E500 device is being prepared for launch as a mid-range device. In this respect, it'll be similar to the A5; mid-range number, mid-range device.

As far as specifications go, we're expecting this device to have a screen of 5.0-inches in diagonal and be 720p resolution. This makes it similar to the 2014 Moto G in size and resolution; it's not the crispest display around there, but having a relatively low resolution screen will help performance and battery life. Writing of performance, we're expecting it to run a 1.2 GHz processor but it's unclear the processor type. I'd put money on it being a quad core Qualcomm Snapdragon and if I'm right, the question is: did Samsung use the newer generation 64-bit Snapdragon 410? Or to keep costs down, did they opt for the older generation (and still commendable) 32-bit Snapdragon 400? I would hope that Samsung would go with the 64-bit 410 as this is overall good news for the industry. Unfortunately, this is all the information we have at present: we don't know the camera, radio technologies or battery size. Nor do we know what could differentiate the E-series (presumably this is going to be the E5?) from the A-series, but if I had to guess I'd say that it's in the chassis material and build. Perhaps the E-series is wholly plastic and considered a cheaper alternative to the A-series? Maybe it will have a lesser camera and drops 4G LTE?

What do our readers think? Is there room in the Samsung Galaxy line up for an inexpensive model? I'd say that there is, but Samsung are running the risk of having an inexpensive E-series, an expensive A-series and then wondering where to put the S-series? Even more expensive?