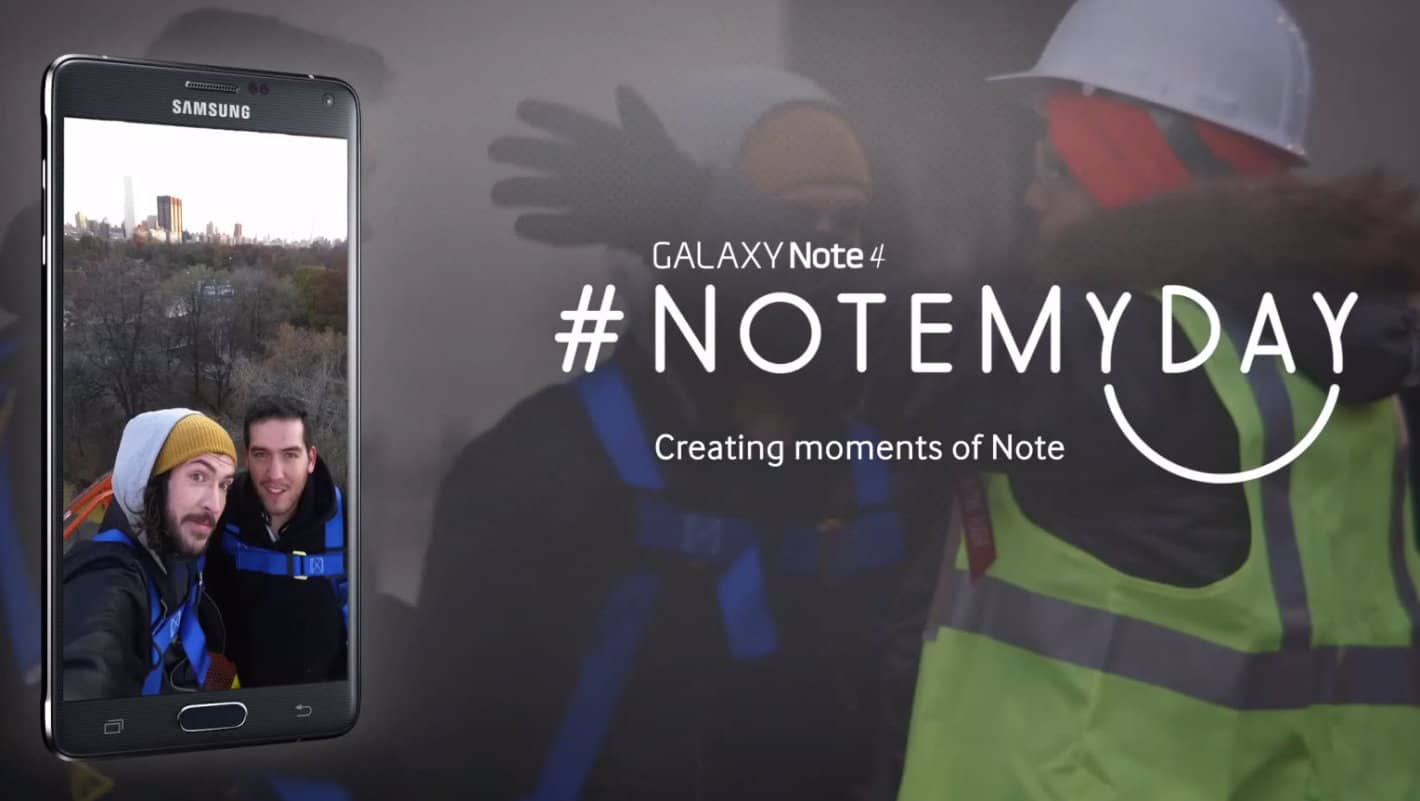 Samsung is at it again – promoting its new Galaxy Note 4 using the video as a creative outlet to focus on the abilities of the new device, as well as many of the S-Pen functions throughout the three new videos.  This time around, they nab social media artists Shaun McBride (of Snapchat fame) and Rudy Mancuso (Vine star) that find some New Yorkers in need of a 'release' from their everyday lives. They chose the three contestants/participants through a social media hashtag…#NOTEMYDAY…where they wrote in to describe their day and their need for something more or different to add some spice to their otherwise boring existence. Shaun and Rudy chose three winners and took each one individually to take 'Note' of their day.

Samsung's Galaxy S5 smartphone did very little to garner any 'WOW' factor for Samsung, but their new Galaxy Note 4 (and Note Edge) are a real boost to Samsung's image, so they are videoing the new device to promote it to people that may not realize its many capabilities. These promotional videos, up on YouTube, were all shot using the 4K recording available on the Galaxy Note 4 as well – kind of like a promotion within a promotion.  The ads are a subtle way to engage the viewer without preaching at them as their devices are used in an everyday type situation take happens to showcase their abilities to make life simpler through the use of the Note 4, while entertaining at the same time. Me, I like the more edgy ads that do direct battle with other devices, like the Nokia ad at the wedding, where Apple and Samsung devices were at war with each other as guests fought and threw cake – I actually looked forward to watching it on TV…but then that is just me.

We have the three videos listed below for your enjoyment – the first one is a girl having a stressed out day, so they plan a boxing activity so she can relieve her tension. In the second video, they help a guy that loves selfies, take an epic selfie, high on a 'cherry picker' using New York as a background. The last video is a New Yorker that is tired of winter, so they setup some sand and a play a little volleyball as if they were at the beach. Throughout the videos, they show off the S-Pen, jotting down some notes, use Smart Select and show how you can use the S-Pen in place of your finger – pretty cool stuff. Please check the three videos out, and then hit us up on our Google+ Page, and let us know what you think of the new Galaxy Note 4…as always, we would love to hear from you.