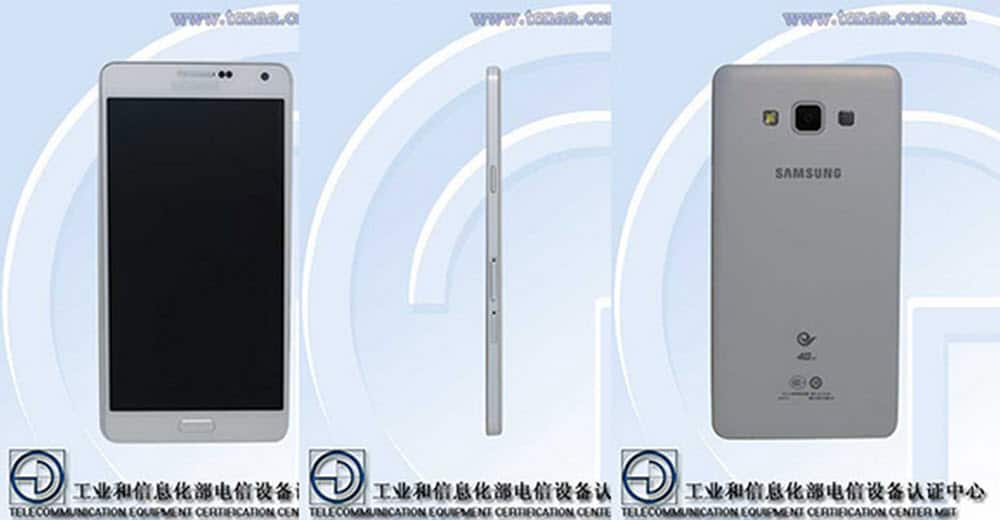 Samsung, king of the multiple devices, looks like they will be sending the U.S. a metal clad beauty, the Samsung (SM-A700H) A7 model… but without the availability of LTE, according to the FCC filing. These FCC filings are vague, at best, however our source can tell that it only supports GSM and W-CDMA networks – with no mention whatsoever of any 4G LTE support… which is very strange for a device coming to the U.S.

The Samsung model A7 (SM-A7009) that went through China's FCC equivalent, TENNA last week, definitely showed signs of LTE capabilities, albeit, for the Chinese networks. If you were hoping to get a Samsung A7 in the U.S., we can only hope that by the time it gets here things may change – Samsung is known for releasing several variants of the same phone and the Samsung A7 is expected to land in stores around the world and the U.S. seems like a lock.

This Samsung clan consists of the A3, A5 and A7, but not much information was known about the devices, although additional info is starting to surface about the A7. It is a great looking device, a real high-end looking smartphone, but some of the specifications show it to be more a midrange device. The A7 is said to be sporting a 5.5-inch Full HD Super AMOLED display with a resolution 1920 x 1080 pixels, a Snapdragon 64-bit 615 chip set and possibly a 12MP main camera. It does have a respectable 2GB of RAM, but only 16GB of internal storage – Samsung generally does include a microSD card slot for expansion, but there is no mention of one so far.

We are not sure what Samsung is hoping to accomplish with this A series – the Galaxy Alpha was a beautiful design, but was a little overpriced of its specifications. Now the specifications have changed – the display actually improved – but what kind of price range are we looking at, and what market segment is Samsung going after? We know that the A7 will keep the metal body and we now know some of the specifications, but if it only comes with 16GB of storage, no LTE capability, presumably a lower price than the Galaxy Alpha, then why is it coming to the U.S.?

As with a FCC specs, there are more questions than answers, but we will keep our ears open and let you know if we hear anything. Please hit us up on our Google+ Page and let us know what you think about the Samsung A series… anybody interested… as always, we would love to hear from you.