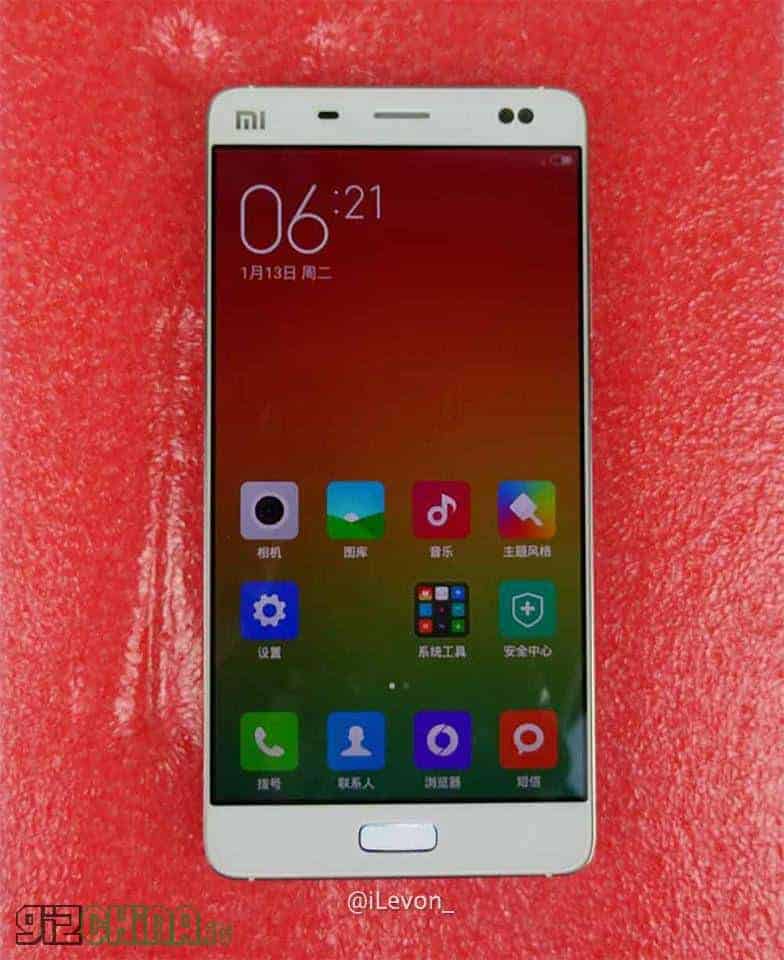 Xiaomi's CEO, Lei Jun, announced two days ago that the company will launch their newest flagship next month. This is a really unorthodox approach by Xiaomi's CEO, but we're not complaining. We now know for sure that Xiaomi will launch the Mi5 next month, unless Lei Jun had another device in mind when he said the word "flagship", which I really doubt. We've seen many leaks regarding this device and I'm sure we'll see many more until it finally launches. The launch is due to happen mid-January I presume, some reports are saying that the launch will occur on January 15 and Xiaomi said that they won't participate at CES in Las Vegas, so that is out of the question.

A new leak came our way today, an image which allegedly shows of Xiaomi's newest flagship. As you can see, this image has a physical home button below the display which will allegedly serve as a fingerprint scanner as well. Xiaomi usually stays away from physical home buttons, company's implements capacitive buttons in their devices, so this is definitely an odd leak. I really hope this won't happen because I do believe this actually makes the device uglier, it reminds me of Samsung's Galaxy devices, but that's just me. We have no way of confirming this, you should definitely take this news with a pinch of salt.

I don't know if you recall, but two days ago we shared with you another purported image of the Mi5, which looked far better than the one we're covering today. I really hope this is a dud and that Xiaomi won't go the physical home button route in the end. Either way, we'll find out what this company is planning next month. As far as the device's specs go, many different leaks came our way as far as that is concerned. Some leaks are saying the device will be powered by Qualcomm's Snapdragon 810 SoC, while other say the Snapdragon 805 will be the processor of choice here. I lean towards the latter choice though, the Snapdragon 810 won't be available until Q2 2015 and I doubt Xiaomi will announce their device in January and make it available 2+ months later, it just doesn't make any sense. Your thoughts?