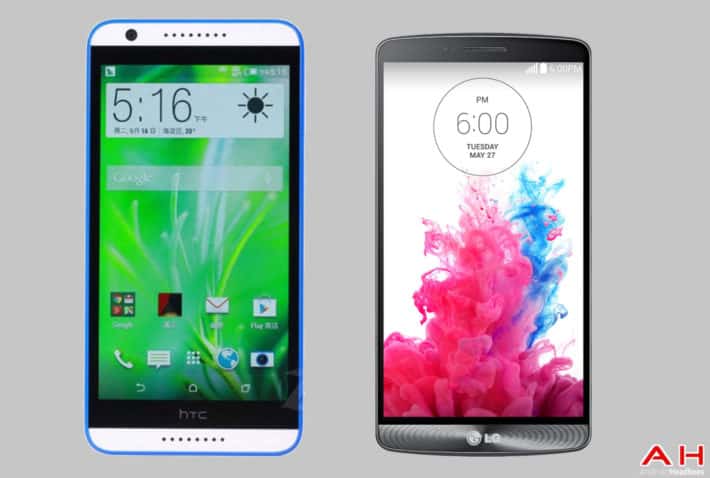 Boy have we got a good one for you today – the new HTC Desire 820 up against the aging, but still viable LG G3.  The Desire 820 is a fun smartphone for the younger crowd with several available colors and an 8MP front-facing camera (FFC) for social media selfies or video chatting with your friends and family.  The LG G3 is a more 'adult-like' smartphone, still made with a plastic outside, but with the look of metal.  Both devices feel solid and well-made when you hold them, with the Desire 820 being just a little bit larger.

As different as these two devices are, they do have a few things in common.  The first is their 5.5-inch display size, though very different.  The second is they both use a Qualcomm Snapdragon processor, again, very different models.  They both offer a model with 2GB of RAM and 16GB of internal storage, although the 3GB of RAM and 32GB of internal storage was the only model of the LG G3 we saw in the U.S. – but both devices do have room for 128GB of expansion via a microSD card slot.  Both devices use a 13MP sensor for their main camera, but then they start to differ greatly in specs.  They both have the usual Wi-Fi, Bluetooth 4.0 and a microUSB 2.0 connector for charging and data transfer.  Both are currently running Android 4.4.2 KitKat, although the LG G3 is due for a 5.0 Lollipop update very soon.

Please take a look at the detailed Specifications below and you will be able to see exactly how these two devices differ.  After that, we will take a look at each individual device, then list some pros and cons to try to determine which one of these smartphones deserves to win this comparison. 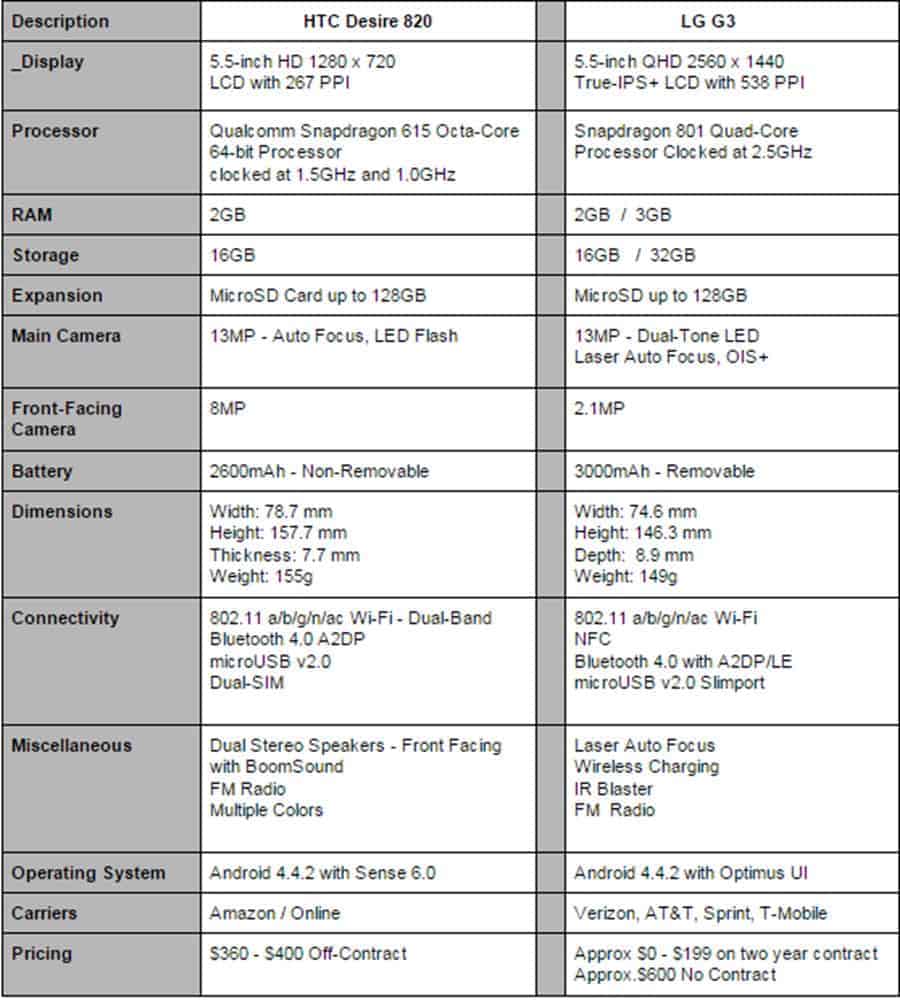 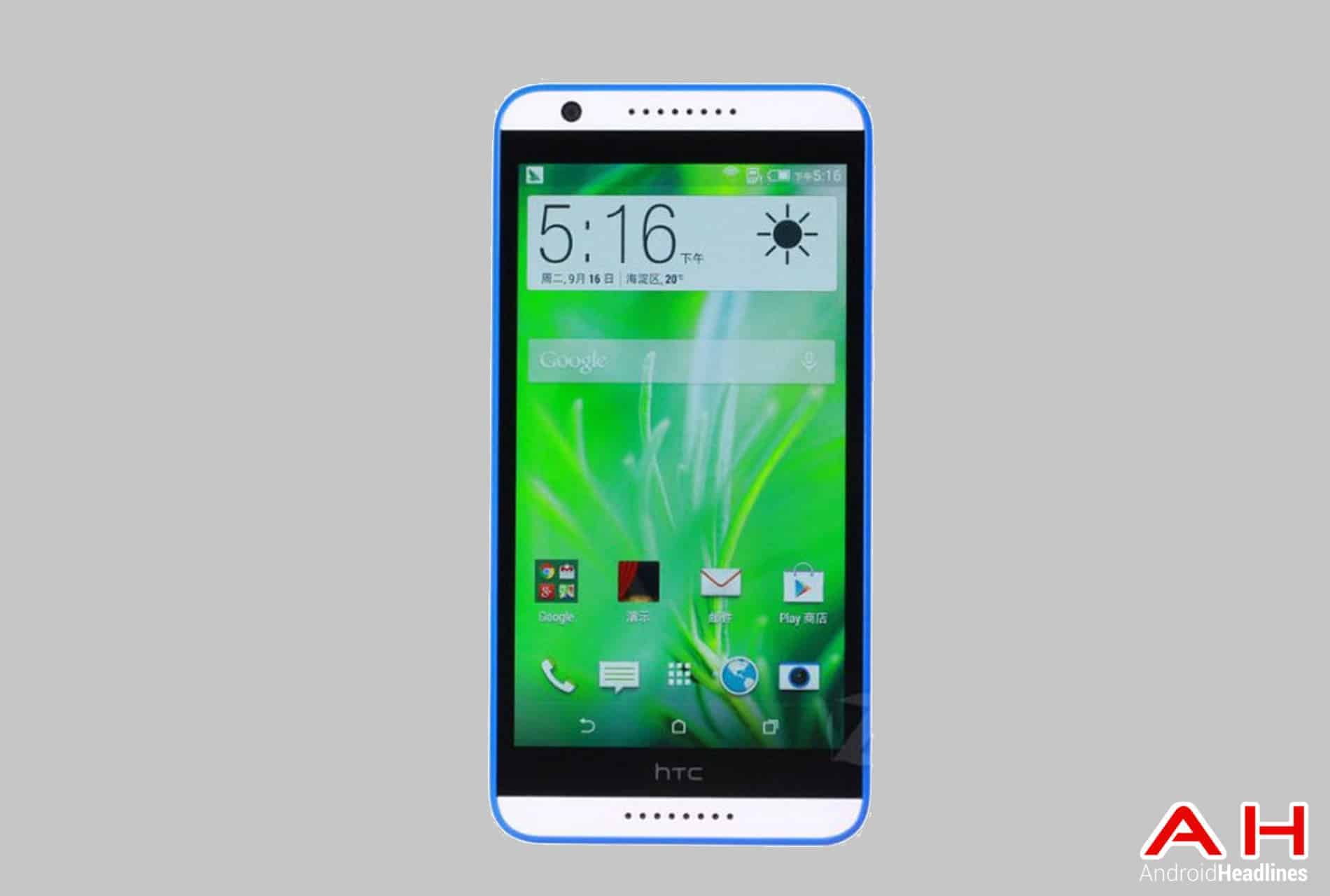 The HTC Desire 820 is the latest from the HTC Desire series, which are normally low-mid range devices that are used for emerging nations and prepaid models, but the Desire 820 is actually much more than that.  It is HTC's first jump into the world of 64-bit octa-core processing, although they did only use an HD display.

The Desire 820 sports a large, 5.5-inch HD LCD display with a resolution of 1280 x 720 pixels with 267 pixels-per-inch (PPI).  It comes with the Qualcomm Snapdragon 615, 64-bit octa-core processor (four 1.5GHz cores and four 1GHz cores).  This is compared to the Snapdragon 801 quad-core processor clocked at 2.5GHz found in the LG G3…64-bit octa-core versus the 32-bit quad-core…one more sophisticated and the other faster.  The Desire 820 comes with 2GB of RAM versus the 3GB in the LG G3 and even though the Desire 820 only comes with 16GB of internal memory versus the 32GB in the LG G3, they both have room to expand up to an additional 128GB via a microSD card.

The Desire 820 is all about the front-facing camera (FFC) of 8MP for selfies or video chatting.  The main camera is 13MP with auto-focus and LED flash, but the LG G3's camera is much more sophisticated with a laser auto-focus, dual-LED flash and OIS+.  It has a smaller 2600mAh battery than the 3000mAh battery found in the LG G3.

As far as extra features it has over the LG G3, it is Dual-SIM so it can work on two different networks – this is very popular on phones designed for the Asian market for travel.  It also has the dual stereo front-facing BoomSound speakers, and it comes in multiple fun colors.  It is running Android 4.4.2 KitKat with HTC Sense 6.0 overlay and can be purchased online or via Amazon at about $360-$400. 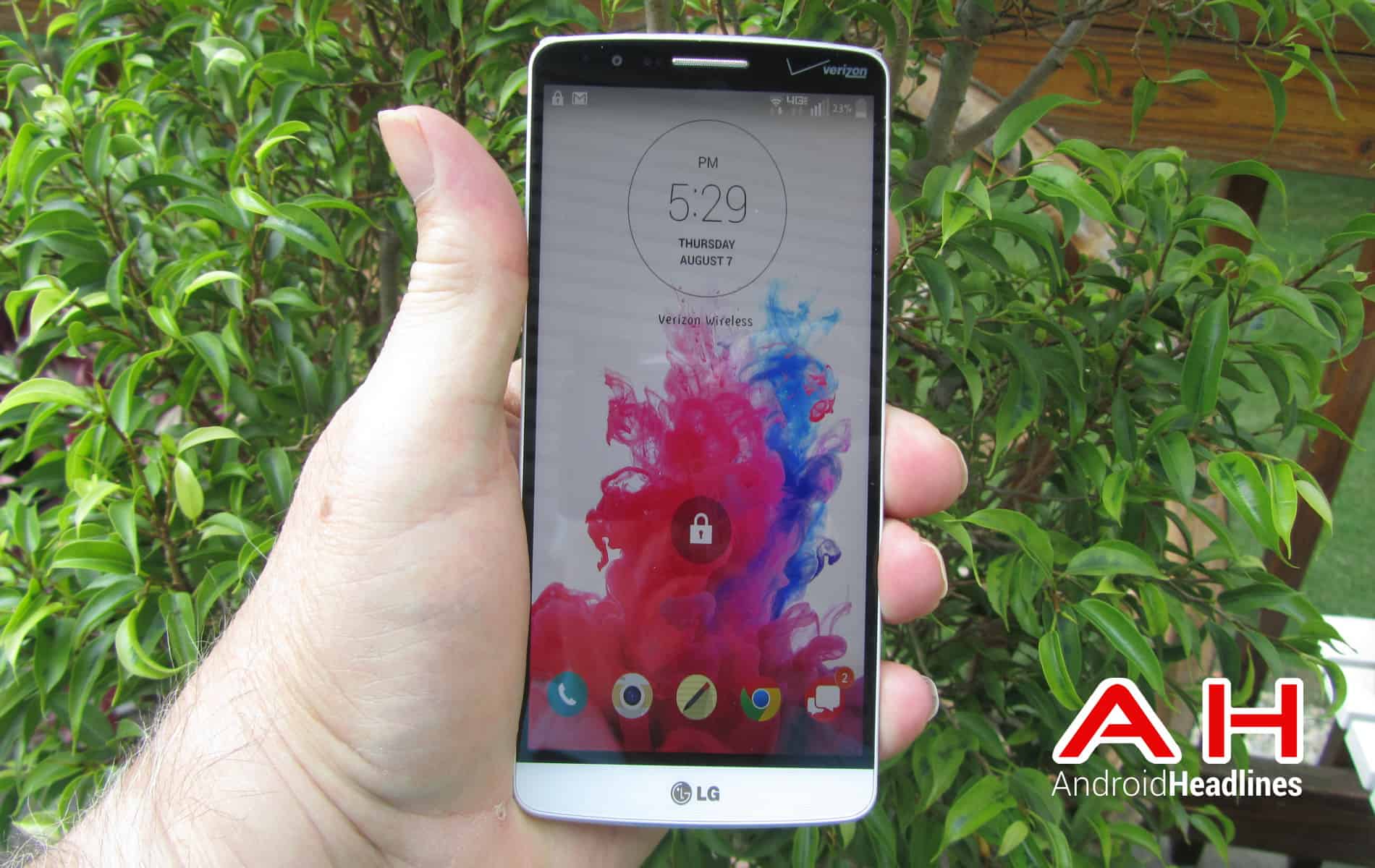 There were many LG fans waiting to see the new LG G3, especially because the leaked rumors and pictures made it look like the back of the device was made from metal…it turned out it was simply plastic with a metallic finish.  The curved sides and back make for a nice feel in your hand and a solid build.

The 5.5-inch True IPS + LCD QHD display gives you a whopping 538 Pixels-Per-Inch (PPI)…that blows the 267 PPI of the Desire 820 out of the water.  The Snapdragon 801 processor clocked at 2.5GHz is slightly older technology than the Snapdragon 615 octa-core processor found in the Desire 820, but the 801 is still a more advanced chipset.

The LG G3 does offer NFC, wireless charging, an IR Blaster, and even though it is still using Android 4.4.2, it is due for an update to 5.0 Lollipop very soon.

The LG G3 is available on all major networks and costs as little as $0 on a two-year contract (Verizon)…all the way up to $199 on AT&T.  The off-contract price is approximately $600. 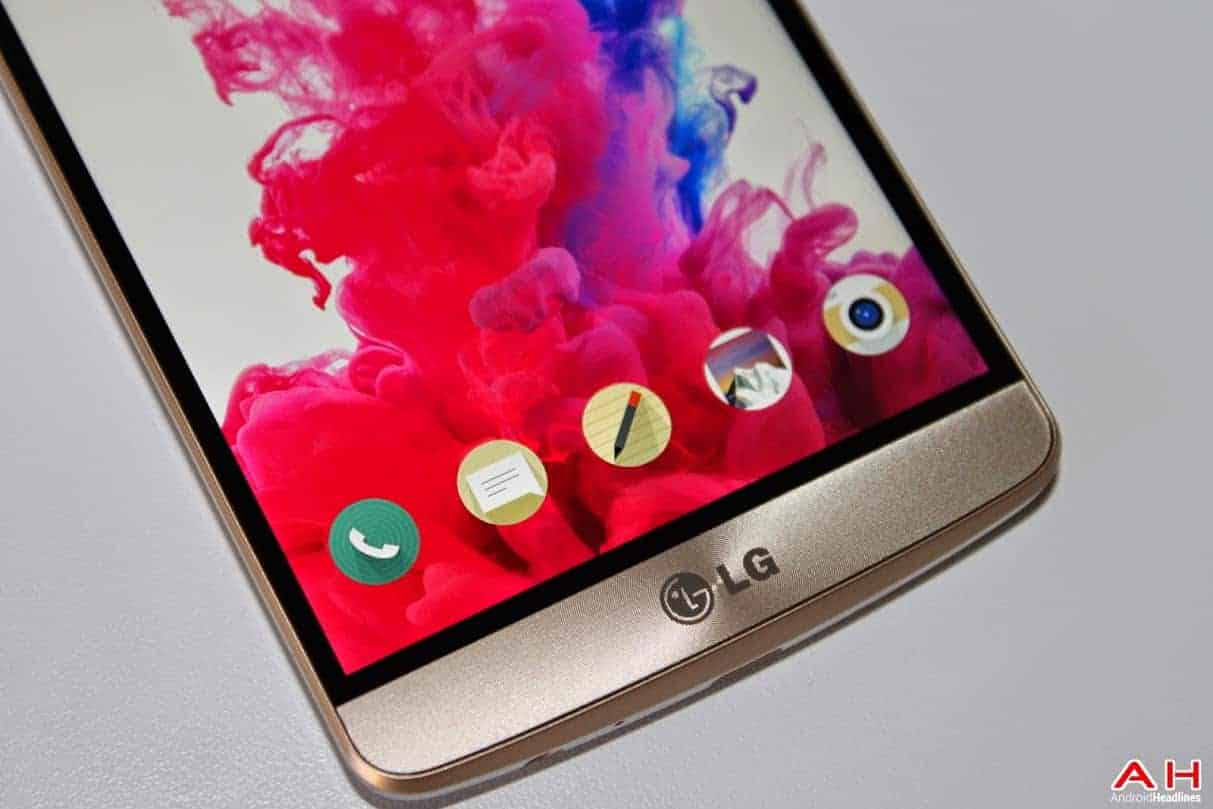 I have no choice but to crown the LG G3 the winner of this comparison.  It is beautifully designed with its small bezels and its metallic look and rounded back.  Then there is the display – the QHD and 538 PPI versus the HD and 267 PPI on the HTC Desire 820.  The processor is better, there is more RAM, a better camera, and a larger battery.  It is also more manageable to hold, has NFC capability, wireless charging, an IR Blaster, and will soon be upgraded to Android 5.0 Lollipop.  The LG G3 easily works on all networks in the U.S.  In addition, while it may still cost a little more off-contract, it can be had for $0 on a two-year Verizon contract – a real flagship at a great price when compared to the Desire 820.

Please hit us up on our Google+ Page and let us know which one of these devices you like better and WHY…as always, we would love to hear from you.