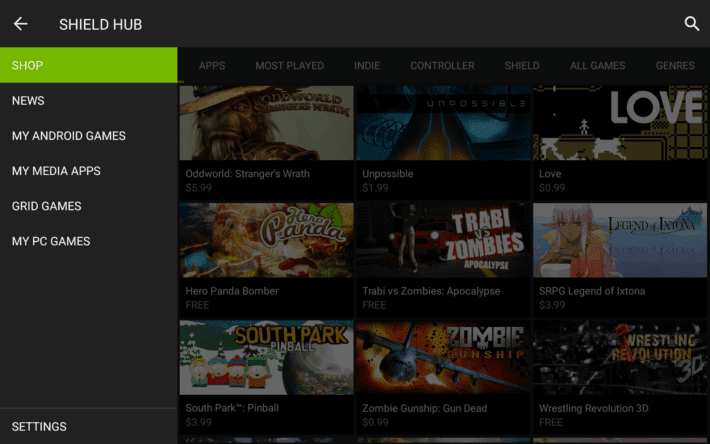 Nvidia Shield is a mobile gaming device which has launched over a year ago. This device was never as successful as Nvidia might have hoped, but there are users that just love it. This thing is powered by Android OS and it got updated to Android 5.0 Lollipop last month. The Shield Hub app which is basically the game launcher platform of this device just got updated as well. The first thing you'll notice when you fire up this app is its new look, the app got the Material Design treatment and looks better than ever. That's not the only thing that is changed, of course, Nvidia also added the ability to streaming video from this device to your TV at in 1080p resolution at 60FPS. This update is also available on Nvidia's Shield Tablet, of course.

The Shield Hub is not the only thing that got updated today though, this update brings more goodies for the Nvidia Shield users. The Console Mode also got updated and it now allows you to connect the device to a TV through a Wi-Fi network. User will now be able to stream full HD 1080p content at up to 60 FPS from the Shield device to your television, though you'll need a 5GHz 802.11n or 802.11ac network connection in order to take advantage of this feature. This update is rolling out as we speak, so make sure you update your Shield device and take advantage of the new stuff Nvidia has included with it. Also, make sure to upgrade the GeForce Experience, because you might run into some problems with the new update if you don't.