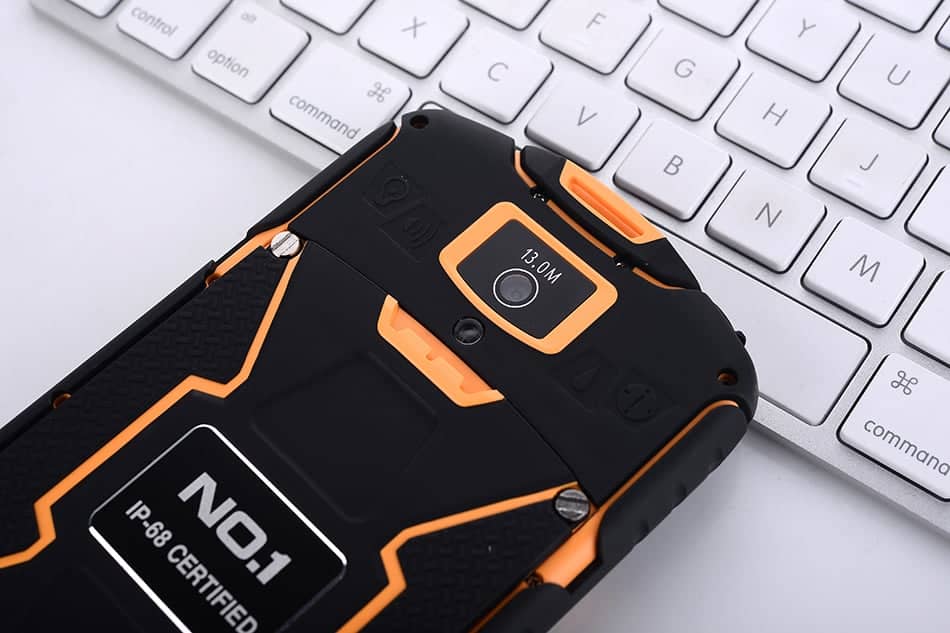 Up and coming Chinese manufacturer No. 1 has been at it for a few months now, churning out great replicas of popular phones for a fraction of the original phone's price.  We've been able to review a few of No. 1's phones including the No. 1 Plus, and have been impressed by the value that you get for your money.  Last week we saw the announcement of the No.1 X-Men X1, the company's first rugged smartphone, and had quite a bit of info but not the whole picture.  This week the company is following up with more information on the specs of the product as well as including a video of the phone getting run over by a car.

Most people wouldn't even think of sticking their phone under the wheels of a car and letting the car run over it, much less sit on it for a second or two to let the weight distribute onto the phone.  However that's exactly what No. 1 did to prove just how durable the X-Men X1 really is. While the name of the phone may be crazy, the technology that keeps the phone held together is even crazier!  As you can see from the video below the device is shown working and unlocked, with all swipes registering on the home screen.  The phone is then placed on the ground and a car runs over it right down the middle of the wheel.  After sitting on it for a second a call is placed to the phone and it gets run over again by the back wheel while ringing.  The phone is then picked up and answered as if nothing ever happened.

No. 1 is saying that the X-Men X1 is resistant to seven different kinds of damages including being water proof, dust proof, pressure proof, freeze proof, shock proof, high-temperature proof and scratch proof.  This all adds up to what could feel like a nearly indestructible phone no matter what sorts of crazy environments you take it in.  To top that off No. 1 is packing this phone with the same sorts of internals seen on its other phones, which all perform perfectly well and were able to run everything we threw at it in tests.  That includes a 1.3GHz quad-core MediaTek MT6582 processor and 1GB of RAM for starters.  You'll also find a massive 5,800mAh battery inside, which is around 2-3 times the size of the battery in the average Android smartphone nowadays, which No. 1 says can deliver over 50 days of standby time if need be.

On the back there's a 13 megapixel camera and a 3 megapixel on the front, hopefully delivering some sweet shots for those epic expeditions you're going to go on with this phone.  Android 4.4.2 KitKat powers the device, and you'll be able to get a cell signal on carriers that support GSM 850/900/1800/1900 and WCDMA 850/900/2100 for 3G connectivity.  We can't forget that 5-inch HD display on the front either.  All this looks to be available for an unbelievable price of $185 out the door from No. 1, and it's going to be available in three colors as well.  Check out No. 1's site right here to get all the information on where and when to order the X-Men X1 when it becomes available, and don't forget to check out the video below!