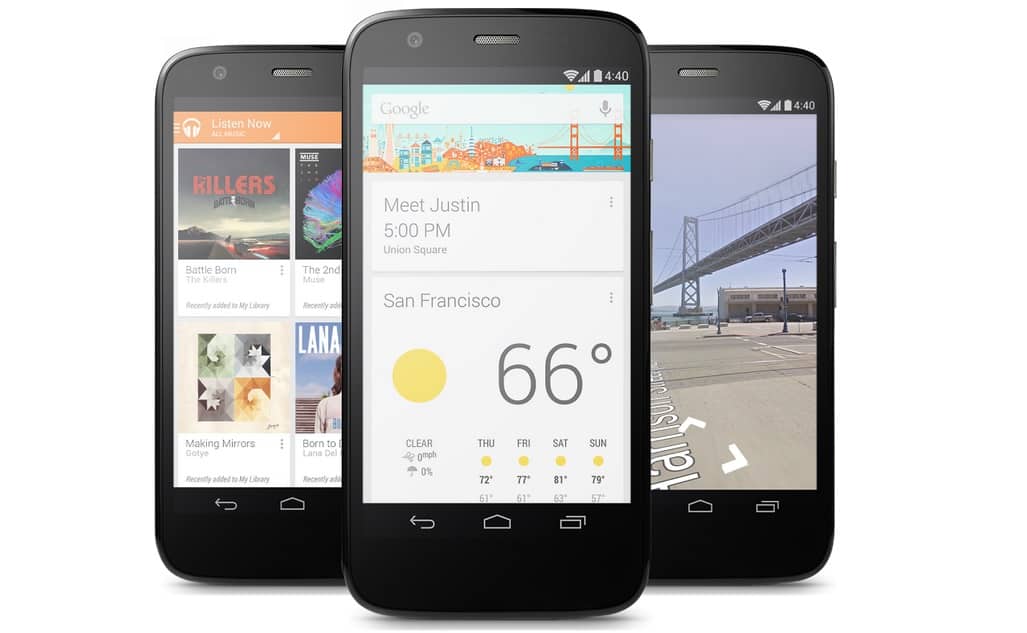 Today certainly has been a busy day for everything Google related and it does not seem to have ended yet. If you own a Motorola Moto G Google Play edition (GPe) then you may want to listen close as it looks like your Android 5.0 Lollipop update is here. Generally speaking, the Moto G has been getting a lot of attention recently in regards to Lollipop. About a month ago it was reported Motorola had begun to roll out a soak test for the Moto G. To add to this, at the start of December it was being reported that the Moto G soak test had migrated east and was now taking place in India. This was quickly followed a few days ago by the reports that Lollipop had begun rolling out to the Moto G in India.

Now, however it seems that it is time for the GPe version of the budget Motorola handset. Reports are coming in that Motorola and Google have started pushing the update out to devices and so if you keep waiting, then you should see it hitting OTA anytime in the next couple of days. If however, you do not want to wait (and why would you) then you can sideload the update for yourself and get that sweet Lollipop now. If that sounds like you then click here to begin the direct download. It is worth noting though, that it is a big file, weighing in at 380MB. Other than that, this is a direct Google link and as such you should not have any problems or worries about the safety of the file. This update will bring you to Android 5.0.1

Another point worth noting, is that the build number for this file is LRX21Z which is different from what we have been seeing rolling out for the Nexus range of devices. Just for your information, android 5.0.1 on the Nexus comes with the build number LRX22C. If you are going to go ahead with this update then you should by now, know how to install it. You need to be rooted, have ADB installed on your desktop and a custom recovery installed. Once this is all in place, you simply flash the file via the custom recovery. As always, the onus is on you. No one else (including us) will take responsibility for anything that goes wrong. So flash safe and back up now. Now that's out of the way, enjoy your Lollipop.