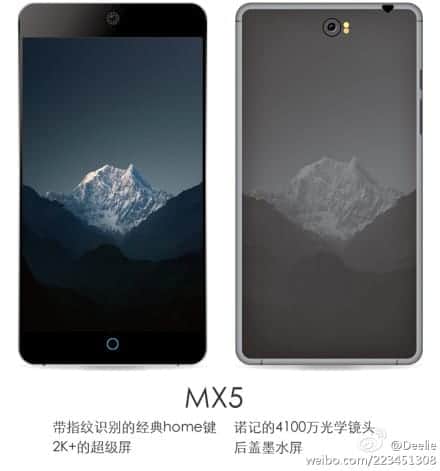 Xiaomi is currently the number one smartphone manufacturer in China and third one globally. That company is far ahead of other Chinese OEMs as far as sales go, but China has a bunch of great manufacturers, such as Lenovo, Huawei, ZTE, Meizu… none of these OEMs were able to offer their flagship handsets at such low prices, except for Meizu. That Chinese OEM is competing with Xiaomi on basically every level, they will even release an extremely affordable mid-range handset in order to go head-to-head with Xiaomi’s Redmi 1S handset which is selling like crazy. Either way we look at it, 2015 will be an interesting year full of rivalry in China, which will be interesting to observe, of course.

A couple of days ago, an interesting Mi5 rumor came our way. Chinese analyst, Sun Changxu, shared some alleged details about the device. According to the analyst, Xiaomi Mi5 will be powered by Qualcomm’s Snapdragon 810 octa-core processor (which comes with an Adreno 430 GPU) and sport a 5.7-inch Quad HD panel on the front. The best part of that rumors was the reported price, around 1,999 Yuan ($326), which is just insane. It’s kind of hard to believe something like that, but hey, it’s Xiaomi.

That being said, it didn’t take long before first MX5 rumors / leaks start coming out. The first MX5 render appeared on Weibo, of course, and was posted by @Deelie, who is an Android engineer of sorts I believe. Anyhow, shared the render (which you can see above this article) along with some details about the device itself. According to the source, MX5 will sport a 2K display, fingerprint scanner (though will keep the dot below the display) and will be equipped with Nokia 41-megapixel camera sensor. Some sort of secondary screen is also mentioned, but… that just won’t happen, this whole leak / rumors seems odd to me actually.

While the Mi5 rumor actually makes sense to some degree, except for the price maybe, this MX5 rumors just seems way off. 41-megapixel sensor would be great, but I somehow doubt that will happen, let alone the secondary display. But we’ll see, who knows, perhaps I’m totally off and we actually see something like this on Meizu MX5, what do you think?