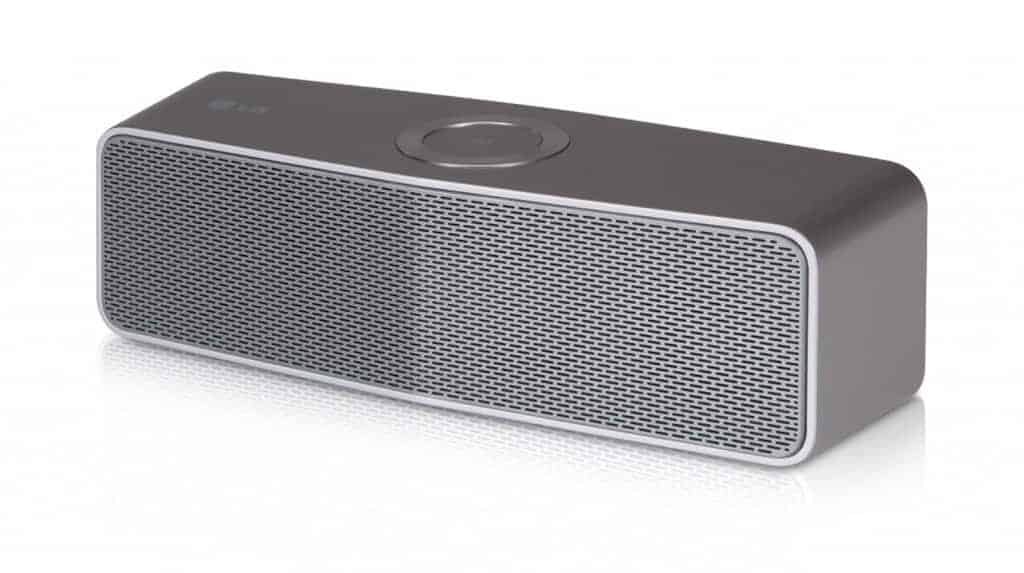 While Sonos certainly popularized the idea of having music in every room, coming from whichever device you choose, firms like Samsung and LG have been playing catch-up and they both have a decent set of products on offer now. LG's solution is dubbed Music Flow and was first introduced with HS7, a soundbar solution with subwoofer. LG has let us know today that they'll be expanding their lineup of Music Flow products during next year's CES with the H4 and a larger soundbar, the HS9. The H4 is what we're really interested in as it's a battery-powered beast that taps into the same system as the others, but it's of course portable from room-to-room or on the go using Bluetooth.

What makes LG's Music Flow platform intriguing is that not only will it allow you to play whatever music you have stored locally on your iOS or Android device, but it also allows you to choose music from a number of streaming outlets like Spotify and so on. The system also detects when you're nearby and then starts playing whatever it is you're listening to through the nearest Music Flow speaker. With the H4, you'll be able to move it from room-to-room without the hassle of taking a subwoofer with you or having to move around wall warts. For someone like me, that sounds appealing, as I often like to listen to music while cooking in the kitchen as well as when I'm in the shower. With the H4 I'd get all the benefits of a Sonos-like system, without having to buy two speakers or lug all the cables around.

LG is to announce more about the H4 and other Music Flow products next January during CES 2015, which will again be held in Las Vegas. As such, we should know a lot more in a few weeks' time. Let us know if something like this sounds appealing in the comments down below.