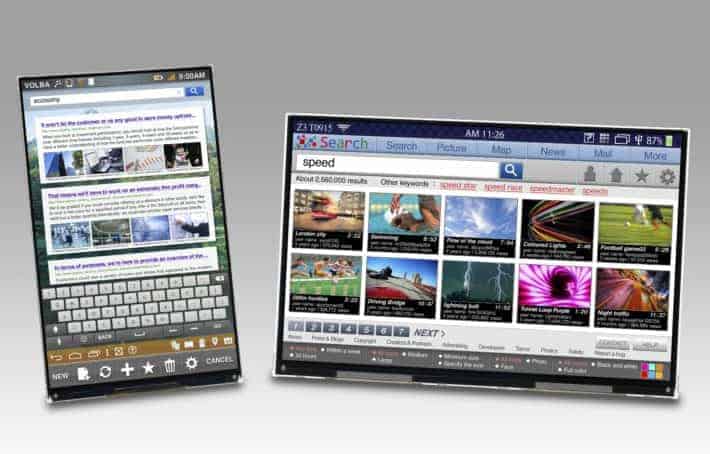 China has rapidly become the key industrial powerhouse for the world, building large scale manufacturing plants to take advantage of a plentiful supply of inexpensive labor to build much of what the world needs. Apple is a great example of this via their two manufacturing partners, Foxconn and Pegatron, where they have an army of tens of thousands of workers building their products. This relatively low manufacturing cost is one of the main reasons why Apple's profit margin is nudging 30%: their manufacturing costs are low because they do not pay their workers very much! However, it's not just foreign smartphone manufacturers that are able to take advantage of low labor costs, but domestic companies can too. These cost savings are true with component manufacturers too, such as processors (think: MediaTek as one example) and displays. Cheaper component prices ultimately leads to cheaper devices, such as the amazingly cheap $30 smartphone. The Japanese premium display manufacturers – Japan Display (known as JDI, a joint venture between Sony, Toshiba and Hitachi) and Sharp are two examples – have been squeezed by the glut of cheaper small and medium display panels. What's been happening is that when a device manufacturer puts out a display for tender, JDI and Sharp are outbid by their competitors.

We've news that these two Japanese firms are not giving up; far from it! They're aggressively seeking business from Chinese handset manufacturers (including ZTE, Huawei and TCL), have ramped up their factories for high production rates and cut prices. In short, they're gunning for business from the Chinese smartphone manufacturers. And this is an interesting game for the Japanese to play because their labour and material costs will be higher than Chinese competitors, although their products have the perception of being better quality. However, we here at Android Headlines know that many recent Chinese smartphones are at least comparable to the establishment and in many cases, superior: and are also cheaper. Industry experts expect the smartphone market to remain buoyant, especially at the lower end where we're expecting strong growth from the developing areas of the world. And one of the rules of economics is that over a given period of time, the quality of a given product tends to go up and the price goes down. This benefits the customer: witness a typical mid-range smartphone from 2014 compared with a high-end device from 2011.

It's either a gutsy or desperate move by the Japanese. They are feeling the squeeze and face possible extinction if they are not able to turn around their businesses. I hope that it works; the world needs specialist manufacturers across the globe and not just concentrated in one country.