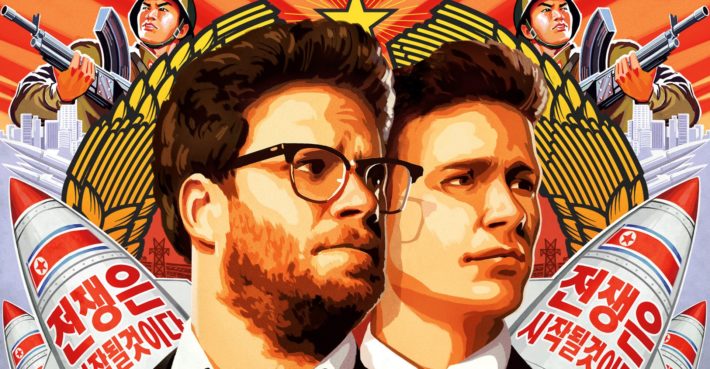 This Christmas has been an eventful one. In fact, so far, 2014 has been a rather eventful year with a lot of strange devices (here's looking at you Samsung Galaxy Note Edge) as well as a couple of bust-ups (here's looking at you OnePlus and Cyanogen). However, one of the stranger and more recent stories, has been the ongoing saga of North Korea/Sony Hack/The Interview. This has been a real-life movie script revolving around a fictional movie script. The Interview was due to be released on Christmas Day in the US although after the Sony hack, movie theatres began to get a little edgy and all subsequently withdrew their interest in showing the movie through fears of similar attacks. However that all led to Sony and Google teaming up to release the movie.

It was reported last week that the movie would be shown on Google Play starting Christmas Eve. It was also available via Xbox Video and on YouTube. The movie was set at a standard rate of $15.99 to buy and $5.99 to rent. Since then the news emerged that the movie had managed to generate $15 million dollars between Christmas Eve and Saturday solely by its online revenues. This was quite a massive figure for just online sales. To compare, the movie did get a limited theater release although this was largely through independent and indie theaters with the larger chain theaters still abstaining. That said, the movie only managed to generate $2.47 million via the theater avenue.

Well, the latest news is that based on the high selling figures online and that massive $15 million generated it seems The Interview has officially become the top selling movie on both Google Play and YouTube for 2014. This is probably not too surprising as the hype and drama behind the release of The Interview did set the groundwork and the wheels in motion for the movie to instantly take off like it did. That said though, you can be sure, generating $15 million via online sales only (and in a matter of days) will start the bigwigs thinking about the future of movie releases via channels like YouTube and Google Play. Were you one of those who contributed to the $15 million tally? Did you like the movie? Let us know.