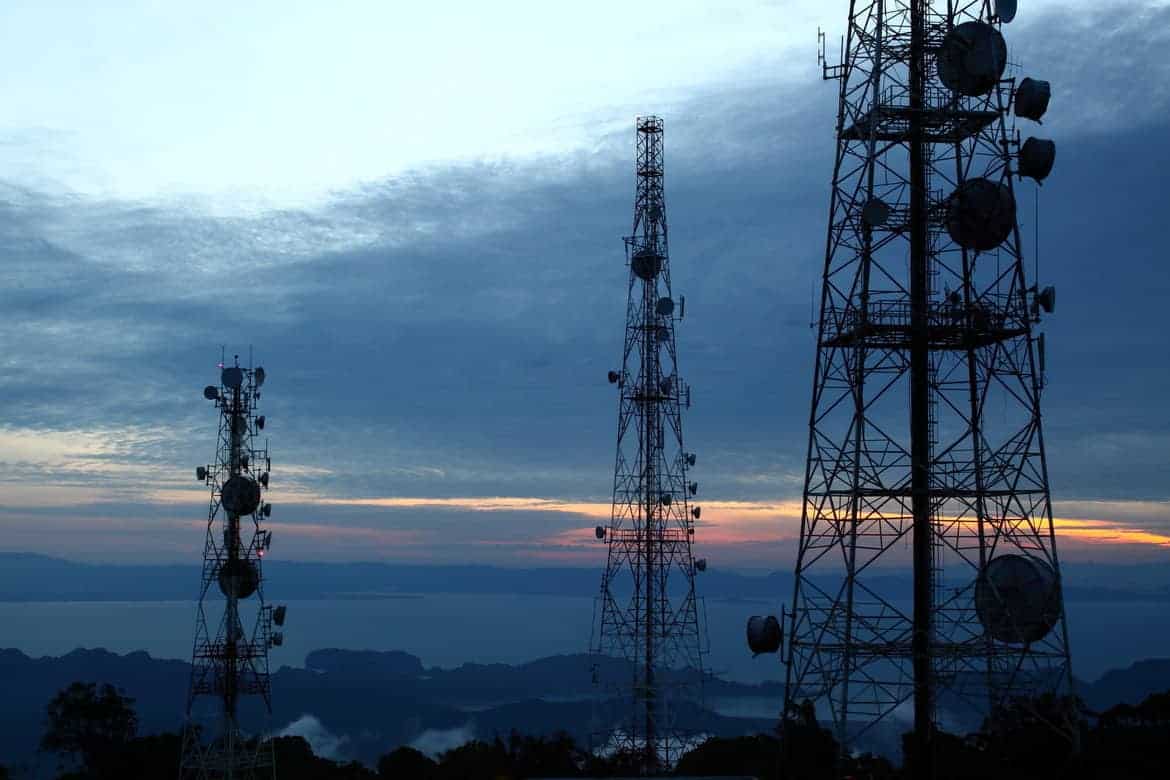 Industry Minister James Moore has been in the news again as Canada begins to kick off 2015 with a real emphasis on providing spectrum.  He wants to make more spectrum available to Canadians than ever before to provide mobile services to consumers and to that end, the spectrum available has grown by almost 60-percent in 2014.  As more Canadians consumers rely on their smartphones and tablets for fast and instant communications, that invisible infrastructure must be in place.

This announcement will ensure that Canadians will have access to world-class wireless network.  James Moore stated: "Spectrum is essential to power our wireless devices, and our government is making it more available than ever before.  The end result is that Canadians will benefit from more competition, lower prices and better service in our wireless sector.  The Harper Government is committed to delivering competitively priced wireless services on the latest technologies."

They announced that the AWS-3 auction will begin on March 3, 2015 to ensure enough spectrum for the latest wireless devices as well as encourage sustained competition.  At the same time the Government will begin asking for input on the new 600 MHz band that is available for mobile use.  They will also be looking into the AWS-4 spectrum band "so that a new competitor can offer more choice to Canadians, especially those in rural and remote areas."  Additional 2100 MHz spectrum will also be made available to ensure that the services that Canadians want the most can be delivered to them.

The Canadian Government believes that their actions have had a positive effect on competition and claim that wireless prices have fallen an average of 22-percent since 2008.  If you look at the graph below, you will see that in 2006 the Big Three – Rogers, Bell and TELUS – held 98-percent of the mobile spectrum and by May 2015, their competitors will hold over 25-percent of the total wireless spectrum.  To further their goals, in April 2014, the Government launched Digital Canada 150 – their "bold vision to make Canada a leading digital nation by 2017."

Bold statements came from WIND Mobile's Chairman Tony Lacavera when he said, "True competition means better wireless packages and lower rates for consumers… The Federal Government's commitment to sustained competition from a fourth carrier in every region is entirely in the best interest of Canadians, and we at WIND Mobile are committed to continuing as that alternative in Ontario, British Columbia and Alberta."

Please hook up with us on our Google+ Page and let us know if you feel that there is more competition and lower prices for your wireless mobile services…as always, we would love to hear from you. 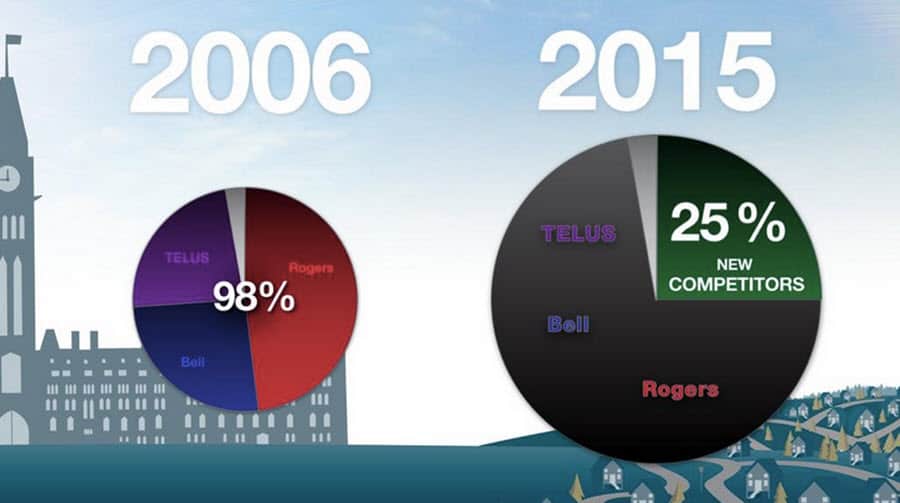