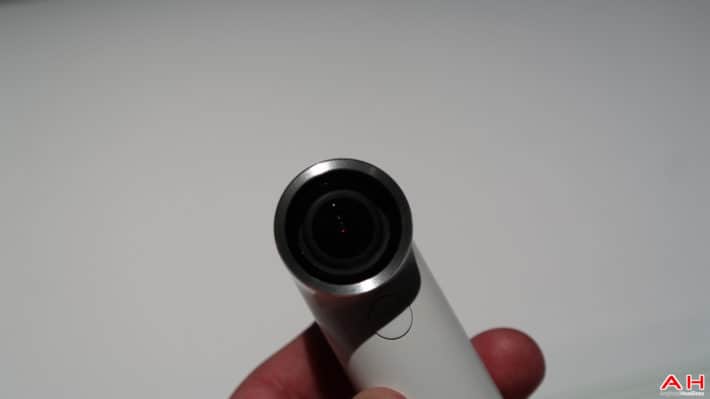 Earlier this year, HTC launched the Re Camera alongside their latest Desire smartphone, the Desire Eye. The HTC Re camera is designed to be as easy to use as possible, and as such is a pretty standard device. It's effectively a lens on a periscope-like handle that you hold in your hand – or attach to your clothing – and all you do is point and push a button to take a shot. That's pretty much it, but what makes the Re so interesting is that it doesn't cost the Earth like similar small cameras of this nature, and it's an interesting product for those that like to take a lot of video as well.

The 16-megapixel Re was supposed to launch in India come November 5th, clearly that didn't happen. However, HTC have finally fulfilled their promise and the Re can be purchased from Snapdeal, in either Blue or White, for RS 9,990 ($160). As of writing, the Re comes with a free 8GB microSD card when purchased from Snapdeal, and as there's no inernal memory this is a pretty good deal we suppose. The Re is waterproof with an IP57 rating and it connects to your smartphone or tablet so that you can take a look at your images and video no mater which device you're using – it even works with the iPhone.

An interesting product, the Re is a great choice for keen travelers or those who would like a more discreet way of shooting video or taking photos all the time. For RS 9,990, the Re isn't exactly cheap, but it's not too bad a deal especially considering the 16-megapixel resolution and its long battery life. A pretty solid device that's certainly divisive, the Re isn't for everyone, but it is nice to see HTC doing something different and it's even better to see HTC shipping the device in India before the end of the year.