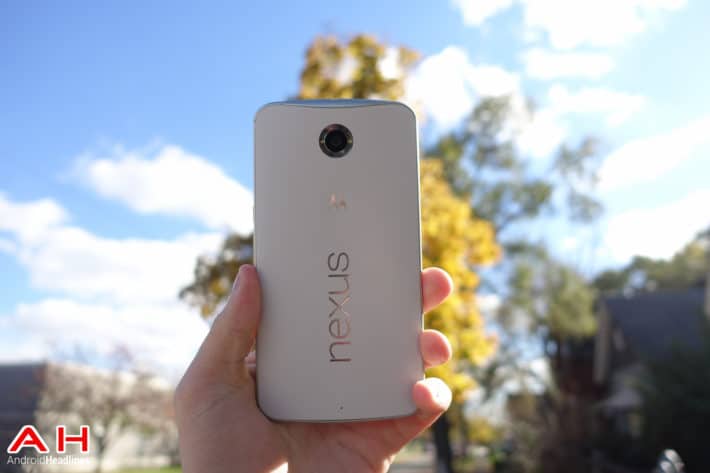 It seems like Google is feeling the pinch to release all of their devices before the end of the year, and India is a market they're once again focusing on more vigorously. Earlier this week, Google's Chromecast came to India at long, long last and earlier today we covered the news that the Nexus 9 was now available from Amazon India. Moving on with the launch of Nexus devices is the Nexus 6, the long awaited giant from Motorola and Google which we reviewed a little while ago. The 5.9-inch device was available for pre-order in the country a little while ago and it's going on sale later this week.

Starting Midnight, December 10th, the Nexus 6 will be available from Snapdeal starting at RS 43,999 for the 32GB and RS 48,999 for the 64GB variant. Both variants will be available in Midnight Blue (how fitting?) as well as Lunar White. This is certainly not an affordable smartphone, and unlike past Nexus smartphones, the 5.9-inch Quad HD Nexus 6 isn't designed to be one, either. This is arguably one of the best devices to be released this year, both on paper and in practice, and its price tag definitely reflects that. Still, Nexus devices are guaranteed to get updates for two years after their launch, so this is more of an investment than buying a MediaTek powered device that might not ever be updated.

The Nexus 6 launch is part of India's Great Online Shopping Festival, the Indian equivalent of Black Friday (with less madness). Speaking of the launch, Motorola's General Manager for India, Amit Boni had this to say: ""We are delighted to announce the launch of Nexus 6 in India with GOSF. The Nexus 6 brings with it better multitasking capabilities, helpful notifications and beautiful design enhancing the user experience and style quotient. We are confident that the Indian consumer will enjoy our latest offer." Let us know in the comments below if you're looking to get a Nexus 6 this GOSF or is it just too expensive?