Since Google unveiled Android 5.0 (Lollipop) and their new Material Design guidelines, we have seen a whole abundance of apps receiving updates to be more Lollipop-like. These updated apps include both Google ones and third-party offerings. In fact, the Google apps seem to be going through an almost weekly and monthly updates with versions rolling out like no tomorrow. The Play Store is a prime example of this with the app receiving numerous updates landing. The last update to hit brought the Play Store up to version 5.1.11. As such, the app is looking real sweet now with popping colors, card based UI and generally a real clean and smooth look.

That said, a lot of the information is no longer visible without clicking on the 'Read More' tag. Once this is hit, the info comes to life and is suddenly visible. As this contains a lot of the information we would want to see like file size, IAP costs and version number you would hope it would be a bit more prominent. Another snippet of information which is provided here is the 'Content Rating' aka 'Maturity Level'. If you are a parent or likewise you might want to see this, for example getting a little be more prominence. As currently, it just lists a small written description. Well, if that is you then don't worry, as it seems as though Google is very much on the case.

Reports are starting to come in that the content rating on the Play Store is undergoing a revamp and becoming far more prominent than before. Instead of the more basic version, the newer, updated look is immediately eye-catching with a small colored age rating along with a far more enriched description, explaining the reasoning behind the rating. You can see for yourself in the image below. If you have checked your Play Store today and you are still seeing the older version, then don't worry. It is assumed most users are still seeing the older version as this seems to be rolling out server-side and may take some time or a big push from Google before we all start seeing it as standard. So what do you think? Do you like the more visual age rating? Would you like to see IAPs displayed in a similar way so that you do not have to search for them? 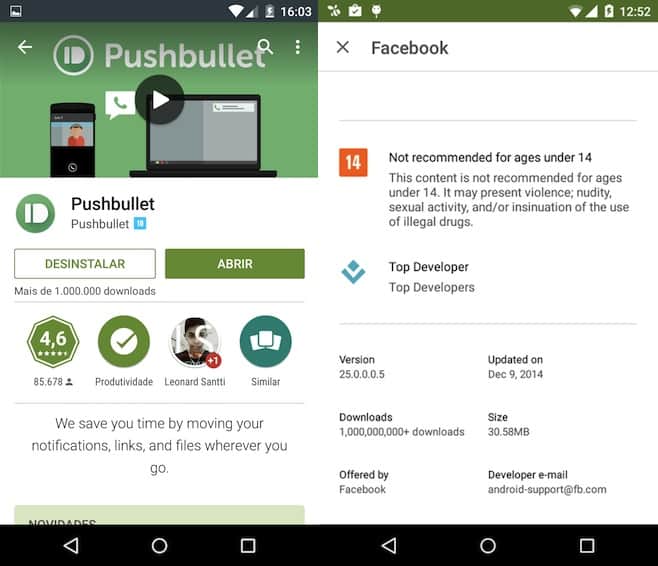