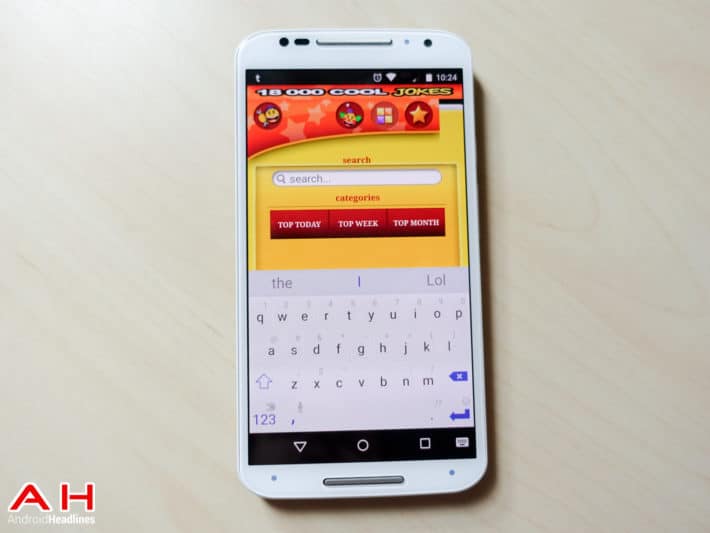 Laughter is the best medicine. I don't know about that, but I sure like to laugh, I mean who doesn't? Well there are plenty of joke apps on the Play Store that will make you laugh and we've found 10 of them and put them into a top 10 just for your amusement.

Need some new jokes? Well this app, 18,000 cool jokes will help you out. There are all kinds of categories as well. The app also curates the top jokes for today, this week and this month.

We all love some crude jokes from time to time. With this app you'll find about 19,000 crude jokes, they aren't just crude though, some contain swearing and could offend some people, just a disclaimer. There are new jokes added weekly, and you can submit your own joke for inclusion in the app which is pretty cool.

Best Yo Mama Jokes of All Time

Who doesn't love some good Yo Mama jokes? They are some of the best. This app si actually one of the top free entertainment apps on the Play Store and the Amazon App Store. It's also been downloaded over 900,000 times, so it's gotta be pretty good right? There are thousands of yo mama jokes here for you to enjoy. 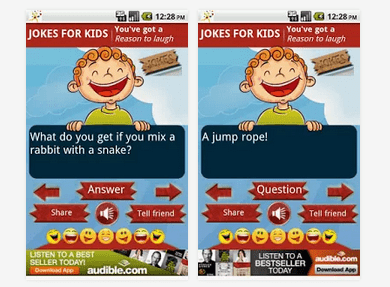 Want some good jokes for your kids? Or a joke app that is suitable for your kids, since obviously the crude and dirty joke apps aren't. Here's a good one with thousands of jokes. It's great for kids 8 and under, and it's been downloaded nearly half a million times.

Want to send jokes via SMS? Here we go. You can access tens of thousands of Santa Banta jokes, cartoons, SMS, Funny Videos, Graffiti, oneliners, quotes, and much more. It's all completely free, and the app has one of the better UI's around for joke apps, which means it's fairly recent in development. 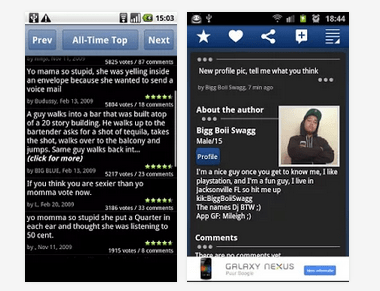 Here's another Yo Momma joke app. Since we all love yo momma jokes. This one has thousands of jokes with more being added everyday, and you can even add in your own jokes, which is pretty cool. You can also make your own profile in the app.

Now for the good jokes. We all love dirty jokes here. This one also has a bit of a dated UI but it still works and has great jokes, so it's all good. You can send jokes via text message, Twitter and Facebook. You can also add you own or comment on other's jokes. They strongly urge that these jokes are adult-only.

Here's an app that's semi-tablet optimized. It's also the number one jokes app on Android, so it's the number one in our list. It's still being actively developed, which is a good thing. There's also thousands of jokes from categories like Chuck Norris Facts, Yo Momma Jokes, dirty jokes, blond jokes, riddles and much more. You can also send jokes via SMS, twitter and facebook, which is nice to see.