AT&T has always had a ton of amazing smartphones available on their shelves in store and online. But for some, picking a new phone can be a daunting task. And that's where we come in. We're here to tell you which are the best smartphones that AT&T is currently offering, and this is the top 10 best AT&T Android smartphones for the fall of 2014.

The Samsung Galaxy Alpha is one of Samsung's newer smartphones. It's kind of a confusing one because some of the specs are mid-range while others are high-end. It features a 4.7-inch 720p AMOLED display, Qualcomm Snapdragon 801 processor, 32GB of storage, 3GB of RAM and a 1800mAh battery inside. It was one of our favorite Samsung smartphones of the year.

We're in the middle of reviewing this one right now, but the HTC Desire EYE is a pretty decent offering from HTC. It features a 5.2-inch 1080p LCD display, Qualcomm Snapdragon 801 processor, 2GB of RAM, and 16GB of storage. There's also a 13MP camera on the back and the front. Also dual-LED flash on both front and back. making it the first smartphone with dual 13MP cameras on board. 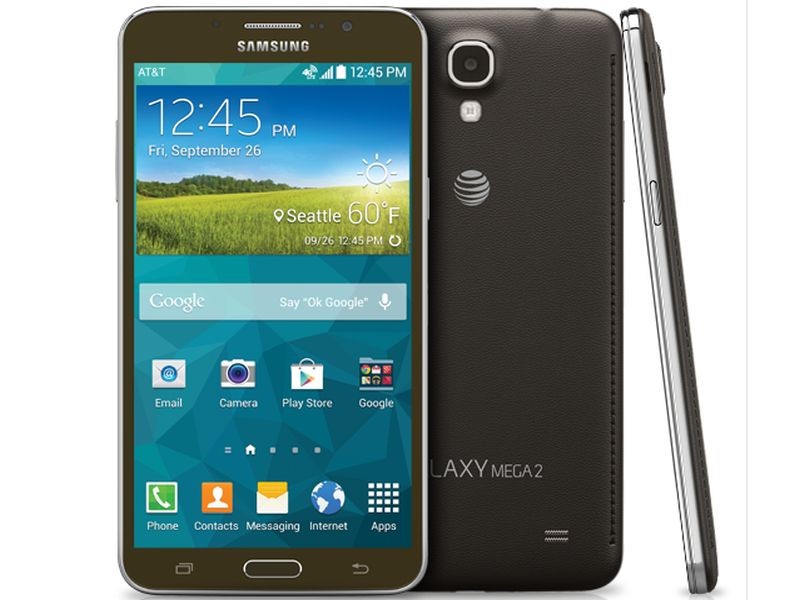 This is more of a mid-range smartphone from Samsung, but it's a big one. The Galaxy Mega 2 does have a 6-inch display, but also a  Qualcomm Snapdragon 400 processor, 2GB of RAM, and 8GB of storage. It's great for those that are looking for a larger display smartphone, but don't need the highest end of everything.

The LG G Vista is one of my favorite mid-range phones of the year. It is a 5.7-inch 720p device, but it also has the Qualcomm Snapdragon 400 processor inside which is pretty powerful. But even more impressive is the battery. While reviewing the LG G Vista, I was able to get pretty amazing battery life. Around 8 hours of on screen time.

The LG G3, I carried around for most of the year as my daily driver, and loved every minute of it. The LG G3 features a 5.5-inch 2560×1440 resolution IPS display, Qualcomm Snapdragon 801 processor, 3GB of RAM, 32GB of storage and a 13MP camera with laser auto-focus. There's also a 3000mAh battery powering this bad boy.

The Samsung Galaxy Note 4 is always the best selling phone of the year. It's Samsung's latest and greatest. It features a 5.7-inch 2560×1440 resolution display, Qualcomm Snapdragon 805 processor inside, 3GB of RAM, 32GB of storage, and a 16MP camera on the back, which takes pretty amazing pictures.

One of the very few all-metal smartphones. HTC has done well lately with making great devices, they just don't always sell that well (mostly due to the marketing). But the HTC One M8 is an aluminum smartphone that looks and feels great in the hand with a Snapdragon 801 processor, 2GB of RAM and 32GB of storage.

The Moto X, again, is one of my favorite phones of the year. It's available with wood and leather backs as well, which is pretty unique, I think. Additionally the Moto X has a 5.2-inch 1920×1080 resolution display, Qualcomm Snapdragon 801 processor, 2GB of RAM and 16 or 32GB of storage.

This is the beast. The Google Nexus 6 has a 5.96-inch 2560×1440 resolution display, Qualcomm Snapdragon 805 processor, 3GB of RAM, 32GB or 64GB of storage with a 13MP camera. It's also got Android 5.0 Lollipop, and the first to run the newest version of Android. It's a fantastic device, even if it is more expensive then most other Nexus' devices.

Trusted By Millions
Independent, Expert Android News You Can Trust, Since 2010
Publishing More Android Than Anyone Else
0
Today
144
This Week
372
This Month
372
This Year
101867
All Time
Advertisement