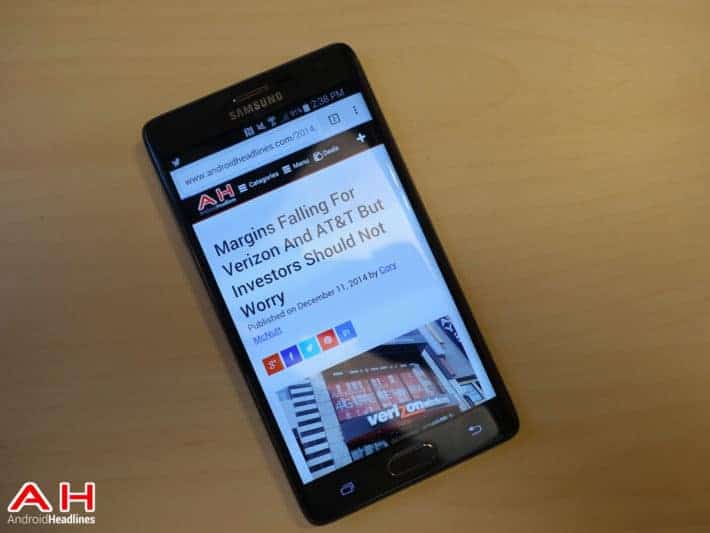 Editor's Note: We've been using the Galaxy Note Edge for about 10 days on AT&T's network at the time of writing this review. This is the black, 32GB model that AT&T sells in store. And you can grab one here if you want. 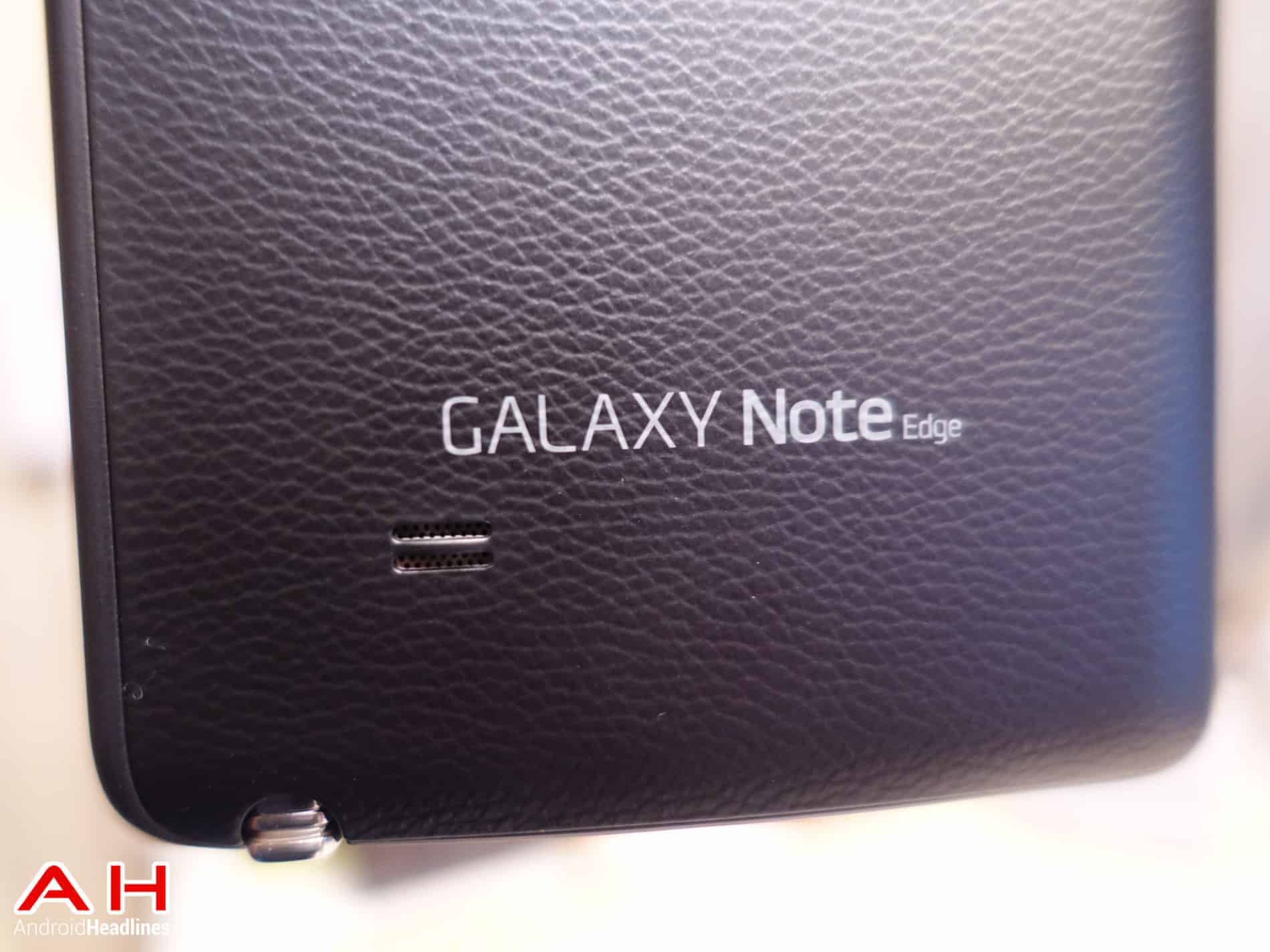 As far as hardware goes, it's identical to the Galaxy Note 4. We're looking at a 5.6-inch display with a QHD AMOLED display. It's powered by the Qualcomm Snapdragon 805 processor (at least here in the US). We've also got 3GB of RAM and 32GB of storage here in the Galaxy Note Edge, paired with a 16MP camera and a 3200mAh battery inside. Which we'll talk more on the battery later on. 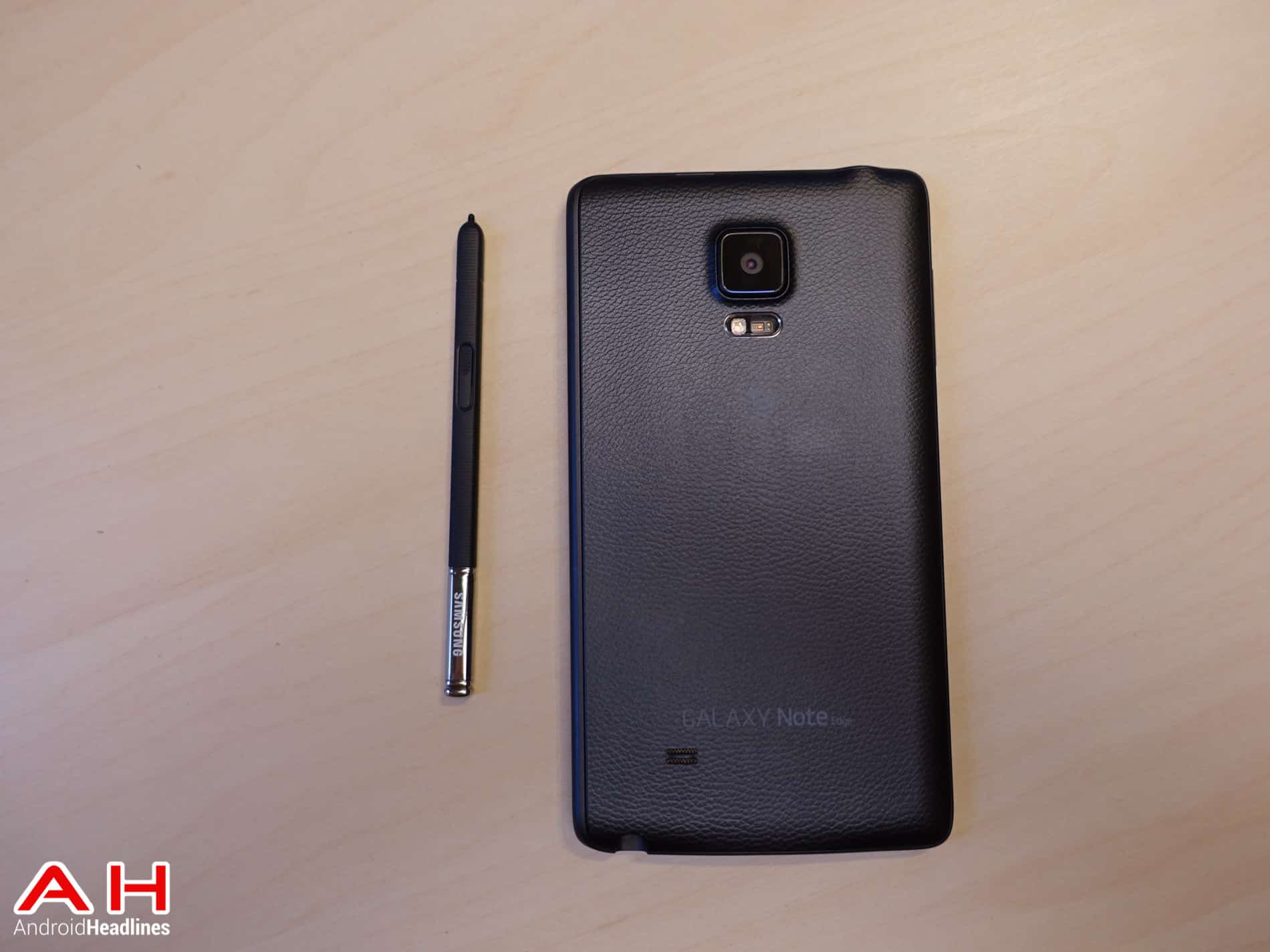 On the Galaxy Note Edge we have the micro USB port at the bottom, power button and 3.5mm Headphone jack up top and the volume rocker on the left side. On the back there's the 16MP camera along with the flash and heart rate monitor. Towards the bottom is your speaker with assorted logos all over the back. There's actually just the AT&T, and Galaxy Note Edge logos on the back of this one. As far as size goes, compared to the Galaxy Note 4, you can't really tell that it's wider, unless you look at the back of both devices. But everything is in the same place, the only real difference hardware wise is the curved edge. 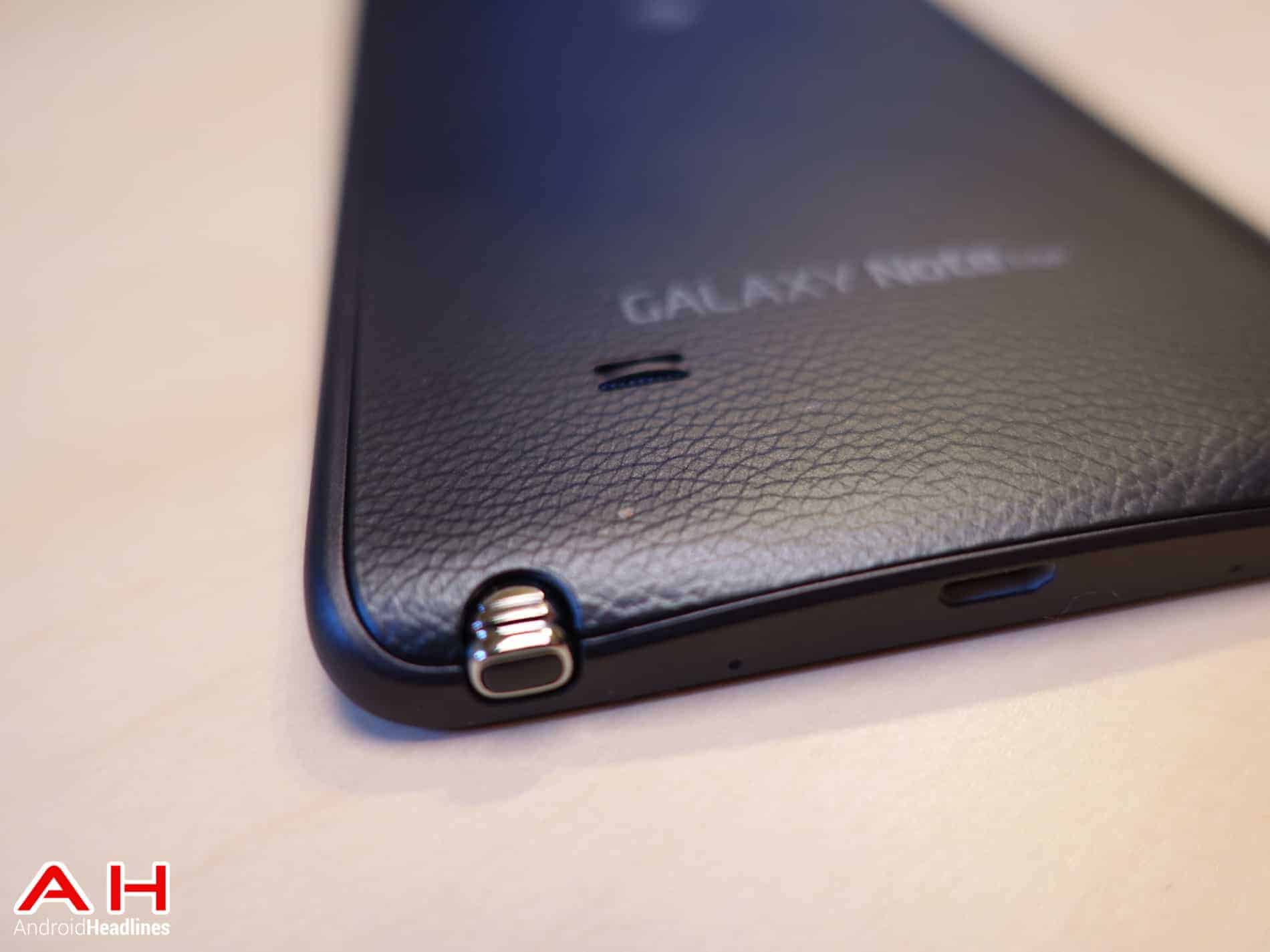 The display is absolutely gorgeous. It's a 2560×1600 resolution display, a bit more pixels then the Galaxy Note 4 due to that edge. And it just looks amazing. I think in terms of ranking QHD Phones, it'd be right behind the Droid Turbo and Galaxy Note 4, and the Droid Turbo is really only higher because it's a much higher PPI. There's not much to complain about when it comes to the display. 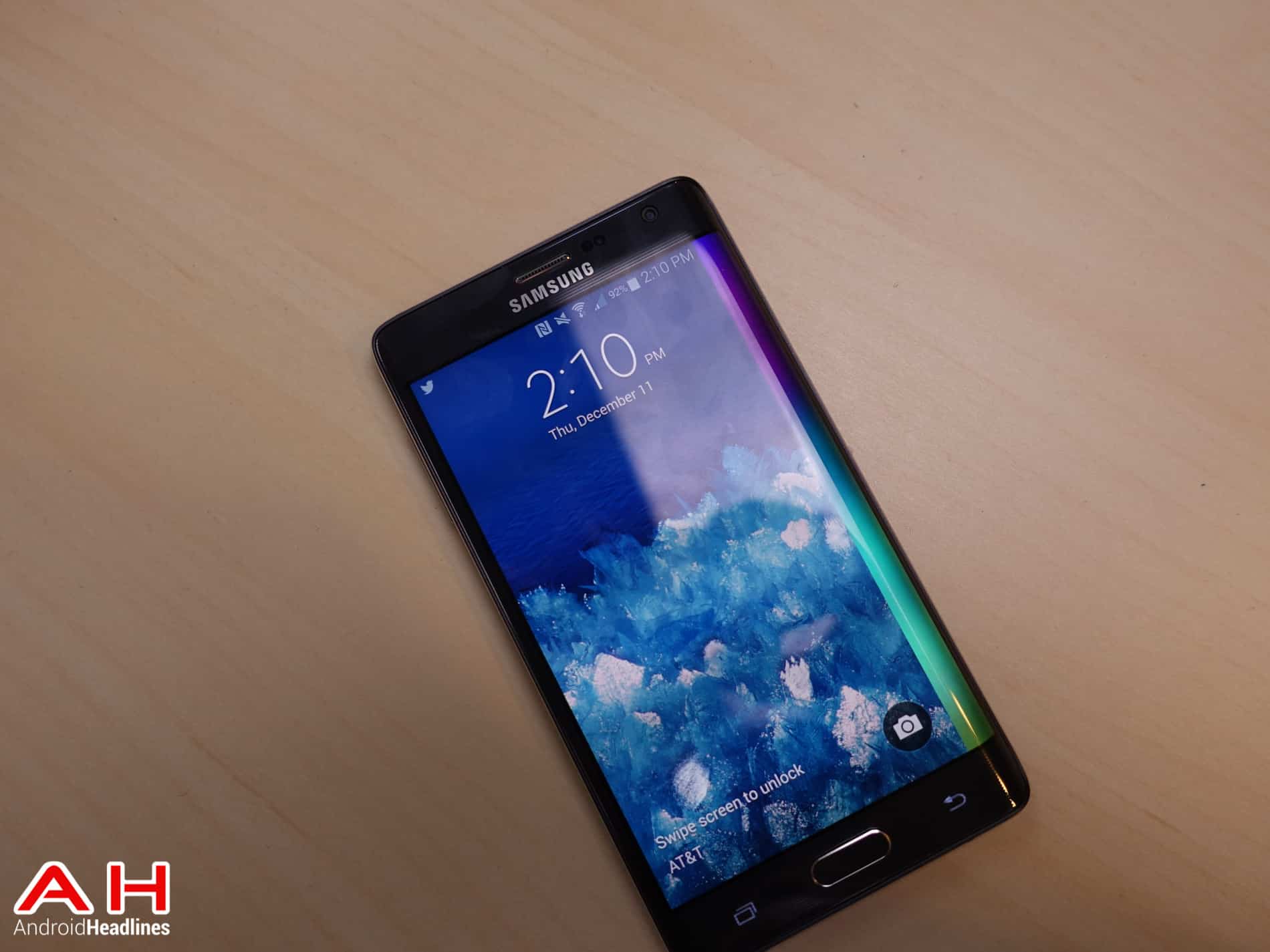 However when it comes to performance, there's a bit to complain about here. Now Android has always had that "jank" but after using the Nexus 6 and Moto X before the Galaxy Note Edge, you can really tell the difference. I'll compare it to the Nexus 6 more then the Moto X since the specs are identical. But the Galaxy Note Edge is considerably slower then the Nexus 6. And I know what you're going to say "you can change the transitions to .5" transitions are at the same setting on both devices and the Galaxy Note Edge is still pretty slow. I'm going to say what I've been saying for a few years now. Samsung needs to clean up the code in Touchwiz. It's super bloated now and most likely still using Gingerbread resources (I know the Galaxy S5 was). Which is why it's slower. And to be honest, that's my only complaint about this phone. And after you use it for a week or so, you likely won't even notice the lag, or jank. When playing games, the Galaxy Note Edge does perform like it should, however if you press the home button, it's going to take a good 20-30 seconds to actually go home. While on most other phones it's less then 5 seconds. Not a big difference and most people won't notice, I don't think. 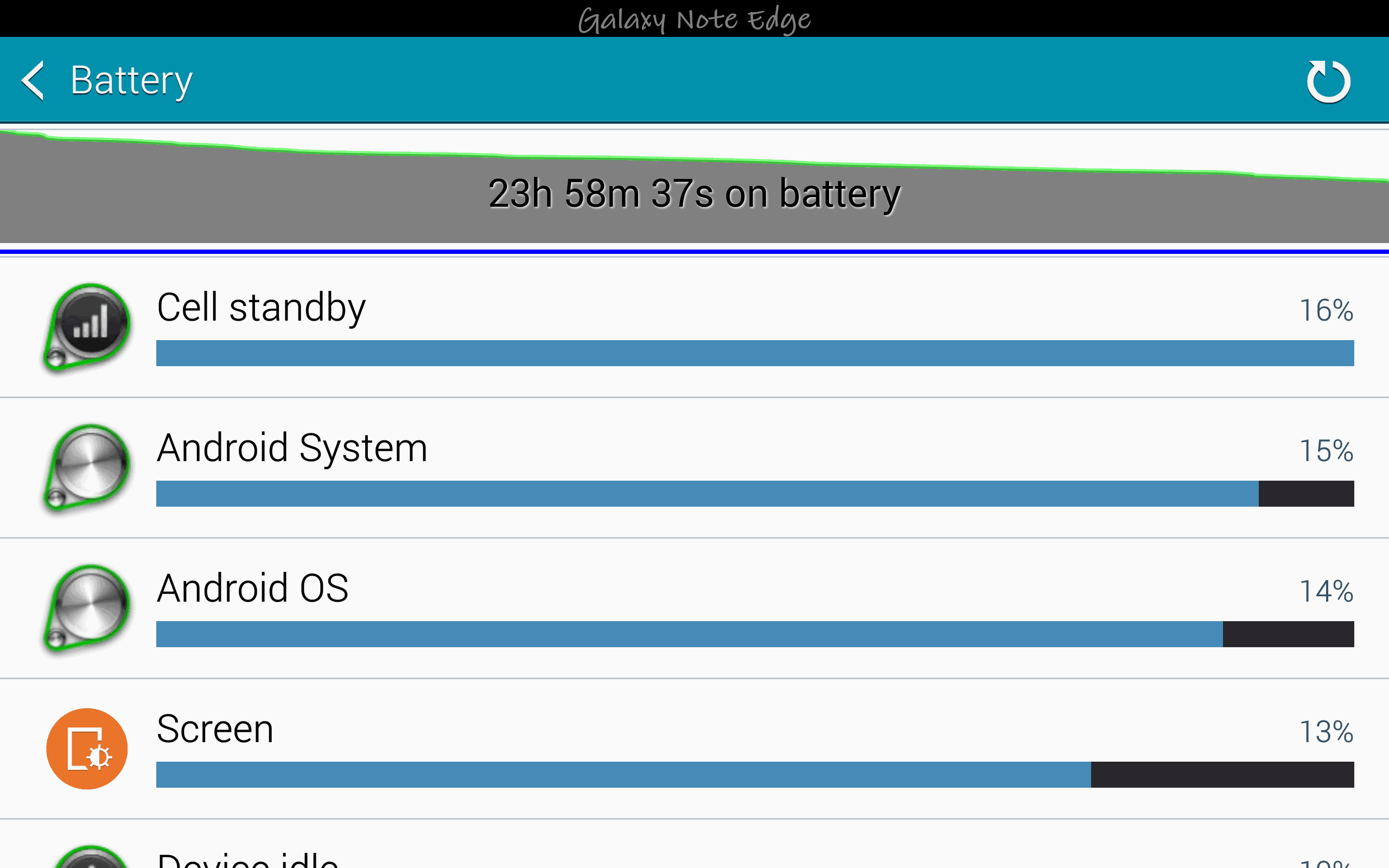 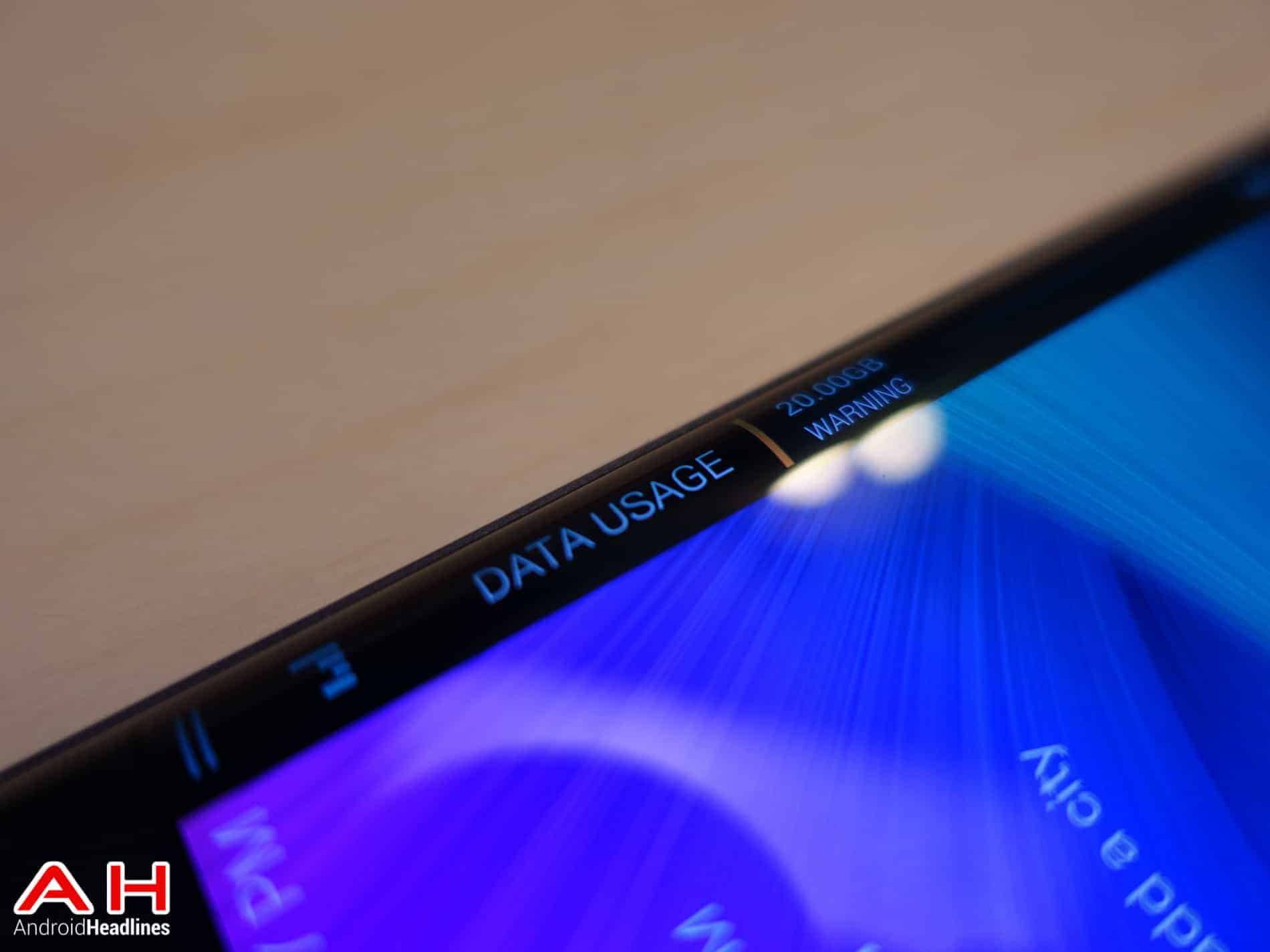 Here's where things get interesting. We'll start out with the "Edge" as I like to call it. So on the Galaxy Note Edge, your dock is now on the edge of the screen. So your home screen just has the Phone icon in the lower left corner, app drawer in the lower right corner and along the bottom are your home page indicators. While the rest of the page is just apps, and not your dock. It does save room, and looks a bit odd. That's because we are so used to having a dock. I mean every phone and every mobile OS has a dock, so that explains why it looks weird. But it's great to see Samsung trying something different. 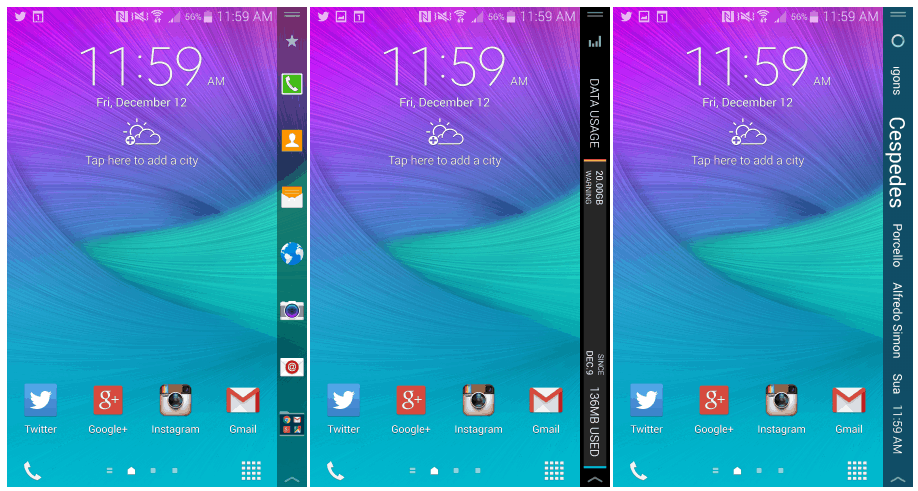 Now back to the edge, You can swipe left to right, and vice versa, and scroll between what Samsung calls Panels. Samsung has a bunch of Panels that you can download in their app store, and there are some really cool ones. Like the Data Usage panel, that shows you your data usage without jumping into settings. There is also a panel that shows the weather as well as your notifications. Now you can only have up to 7 panels. I'm not sure if that'll change in the future or not. It could be a hardware limitation though. Right now there's not a lot of panels to choose from, but I think that'll change soon as developers get some going for the Galaxy Note Edge.

If you swipe up from the bottom on any of the panels you can jump into the settings for the Edge. There you can change which panels are being seen, as well as the information stream and turn on/off the night clock. So let's talk about that night clock real quick. If you keep your Galaxy Note Edge on your nightstand, and have the edge part facing your bed, it'll look really nice as it turns into a clock. Which is a cool feature and because it's an AMOLED display, it's only lighting up those pixels and not the entire screen. Similar to the Moto Display on the Moto X, and DROID Turbo. 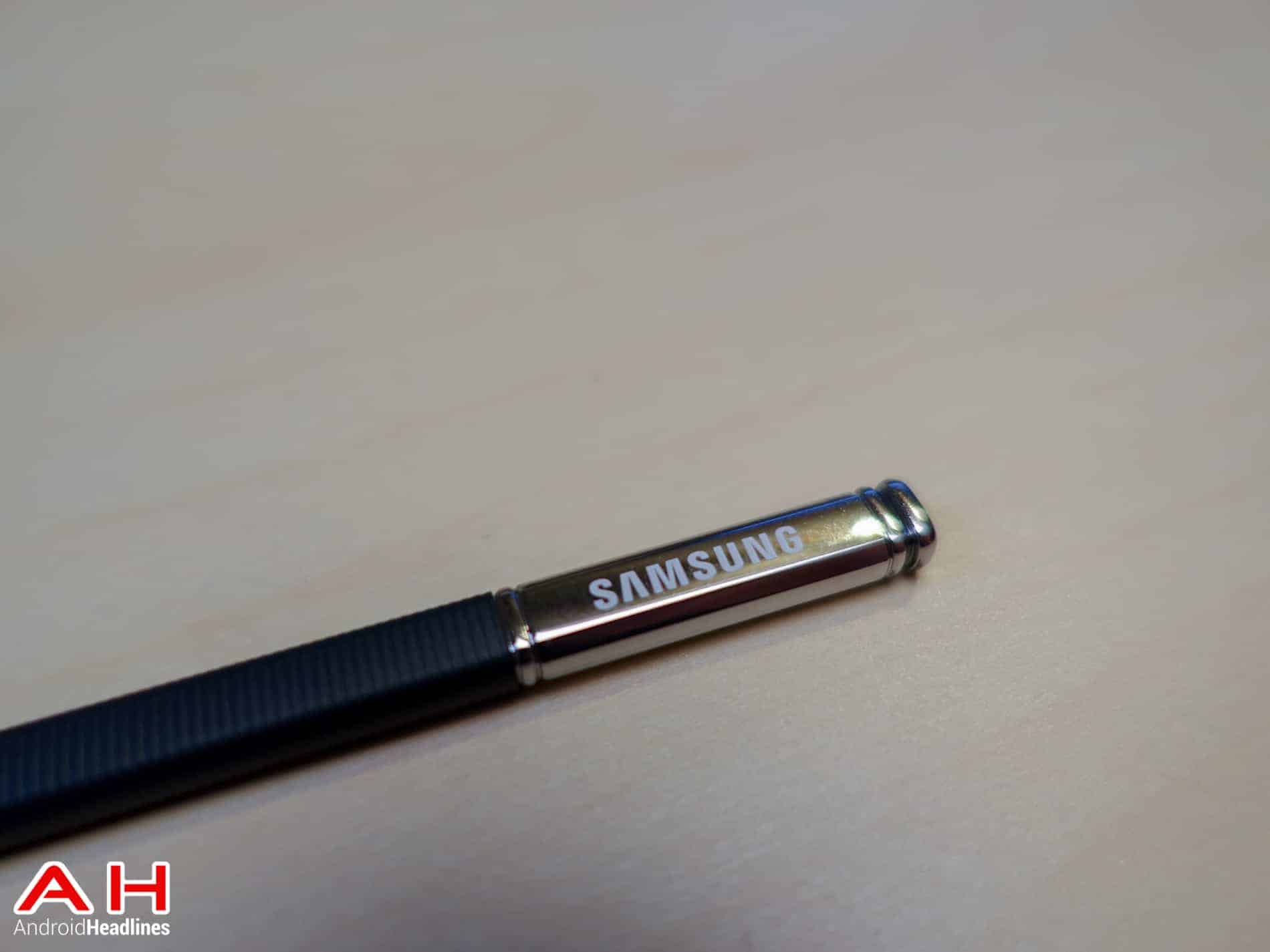 Now the rest of the software on the Galaxy Note Edge, you do have the S Pen here. Which is a big reason the Galaxy Note devices sell so well. For a while, I couldn't really see why everyone loved the S Pen so much. It just seemed redundant to me, and takes too much time to take it out and use it. But now I'm starting to like it, although I probably won't use it that much, it's definitely beginning to peak my interest. With all the hovering features and such. I still like it better on a tablet though.

As far as the settings go, I'm still not all that impressed. It's better then how it was on the Galaxy S5, with all the icons everywhere, but there's just so much stuff here. I don't even know what would be the right way to do it. But sometimes it takes a while to find something and I just go ahead and use the search bar. Which I still think if you need a Search bar in your Settings app, then you're doing something wrong. While the Galaxy Note Edge has a million and one features, I still really like the most of them. Even though I probably won't use most of them. 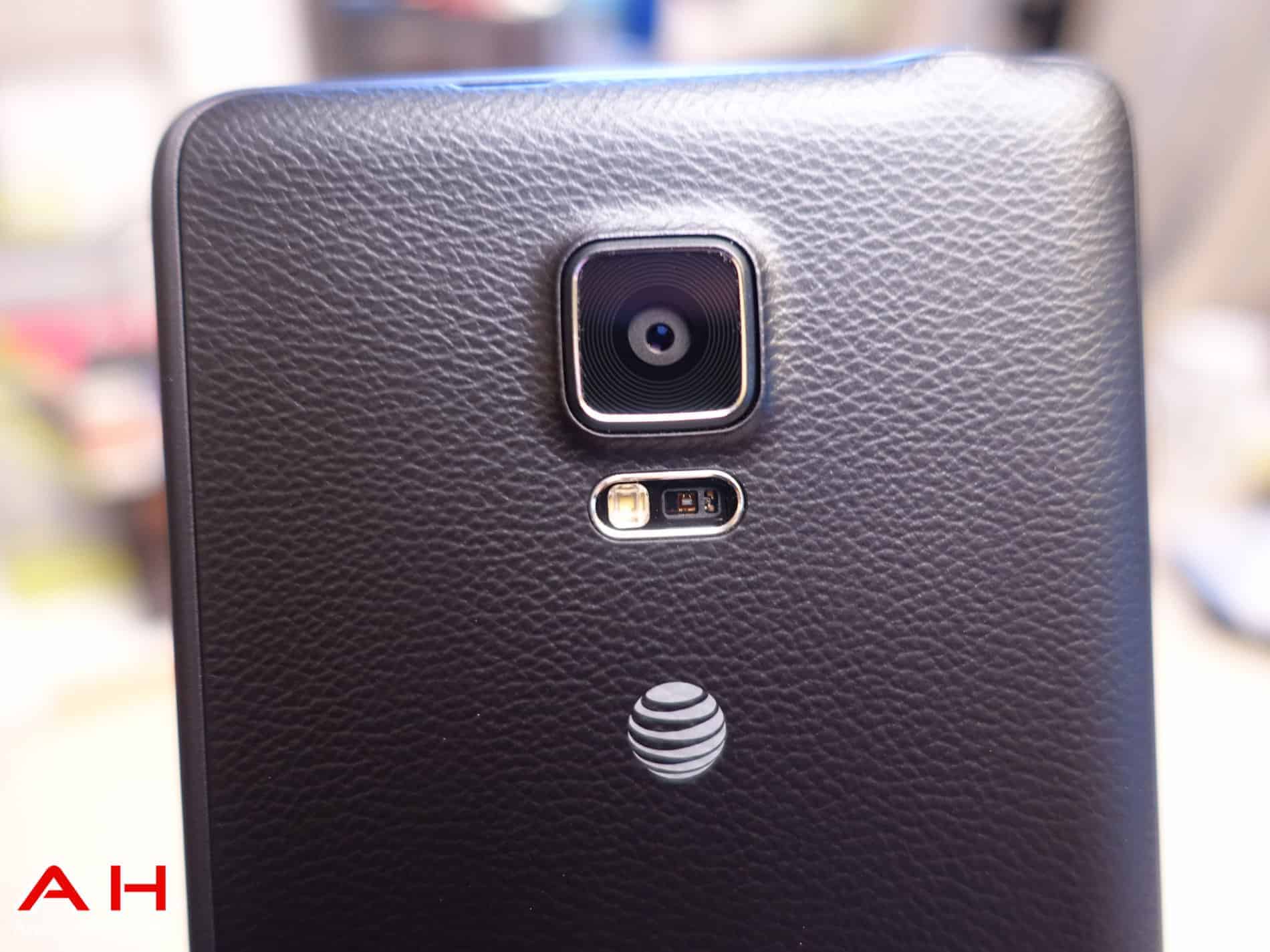 So the camera here is the same 16MP camera that we've seen on the Galaxy Note 4, which a lot of people were really amazed by. It's hard for a smartphone camera to amaze me these days, but the Xperia Z3 is still the best in my book. However the Galaxy Note 4/Note Edge are really close to taking that spot from Sony. The Camera app on the Galaxy Note Edge is kinda interesting. It uses the Edge to show you all your controls. So the actual screen is just the viewfinder, with the recently used pictures in the bottom corner. It take s a bit to get used to, but it's pretty interesting. Down below, you'll find a number of shots taken with the Galaxy Note Edge. 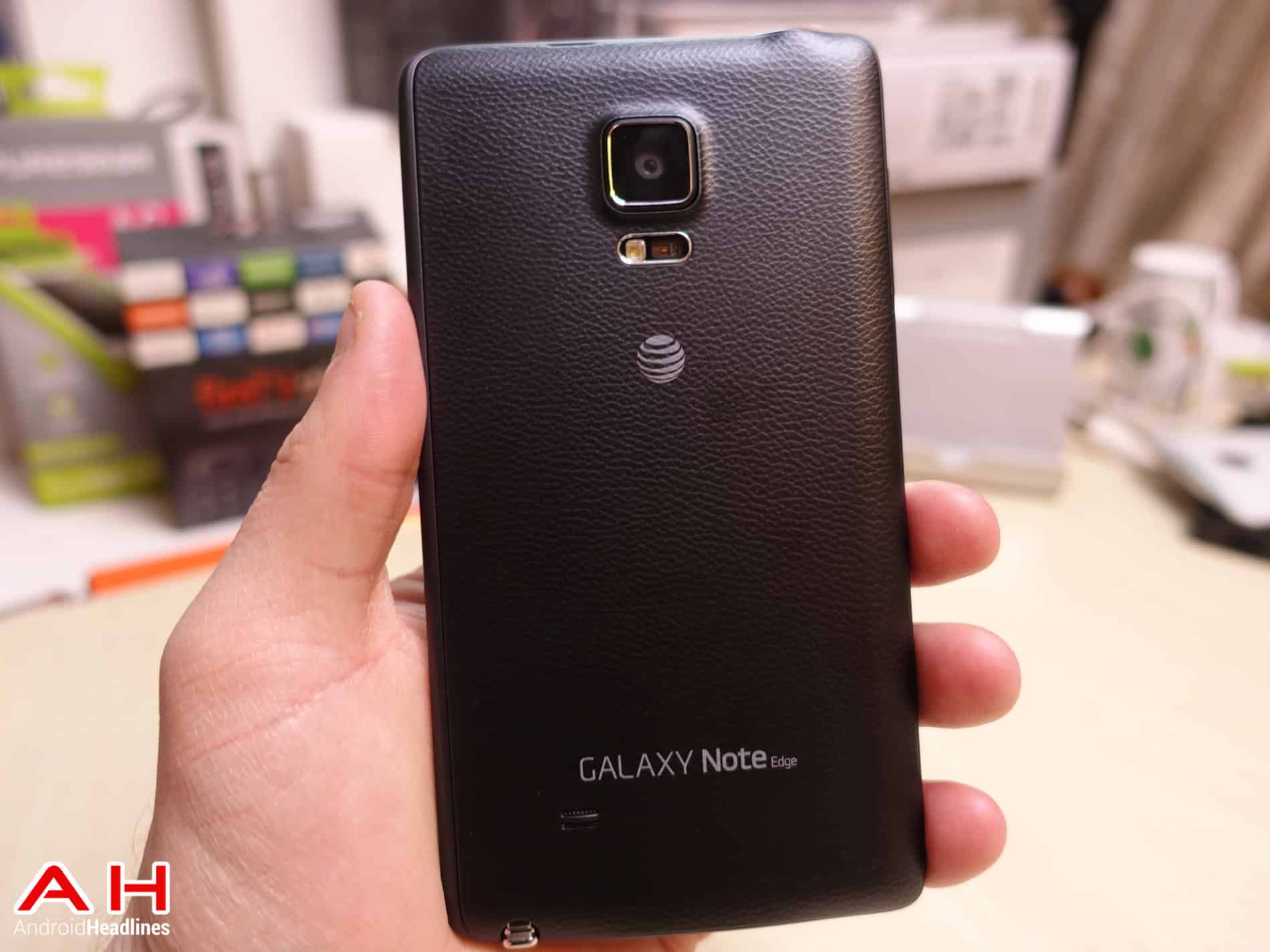 For a first generation product, not bad Samsung, not bad at all. We've definitely seen worse from a first generation product from Samsung and other companies. I'm actually really excited to see what Samsung can do next year with the next iteration of the Galaxy Note Edge. Hopefully they'll gain some more developer support as well. If you like what Samsung is doing here, and want to show them that you like it, go ahead and pick one up. Because if no one buys one, we may not see a Galaxy Note Edge 2 next year. As Samsung doesn't want to spend time on a phone that no one will buy, and that's probably how most OEMs work, actually.

So should you buy it, well that's up to you obviously. But I'd say try it. And if you don't like it, return it. Remember that with most carriers you have 14 days, so you'll need to make up your mind quickly.