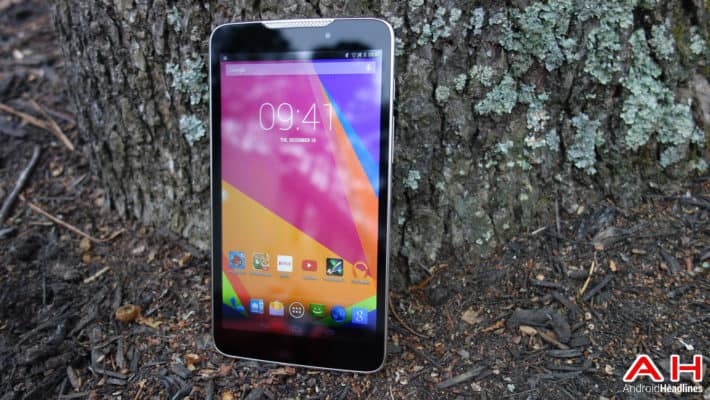 BLU announced the new Studio 7.0 this morning, a massive device with a 7-inch display that crosses the boundaries between smartphone and tablet. BLU has made it very clear to us that this is a smartphone, not a phablet, but it sure walks the line. Some would say it crosses the line beyond smartphone, beyond tablet, and lands squarely in the tablet camp. I think it's a giant, and it certainly offers value in the way the BLU has come to be known for. The Studio 7.0 is just $149, unlocked, and not tied to any carrier. That's a heck of a deal. Let's dive in and take a closer look at the BLU Studio 7.0 smartphone. 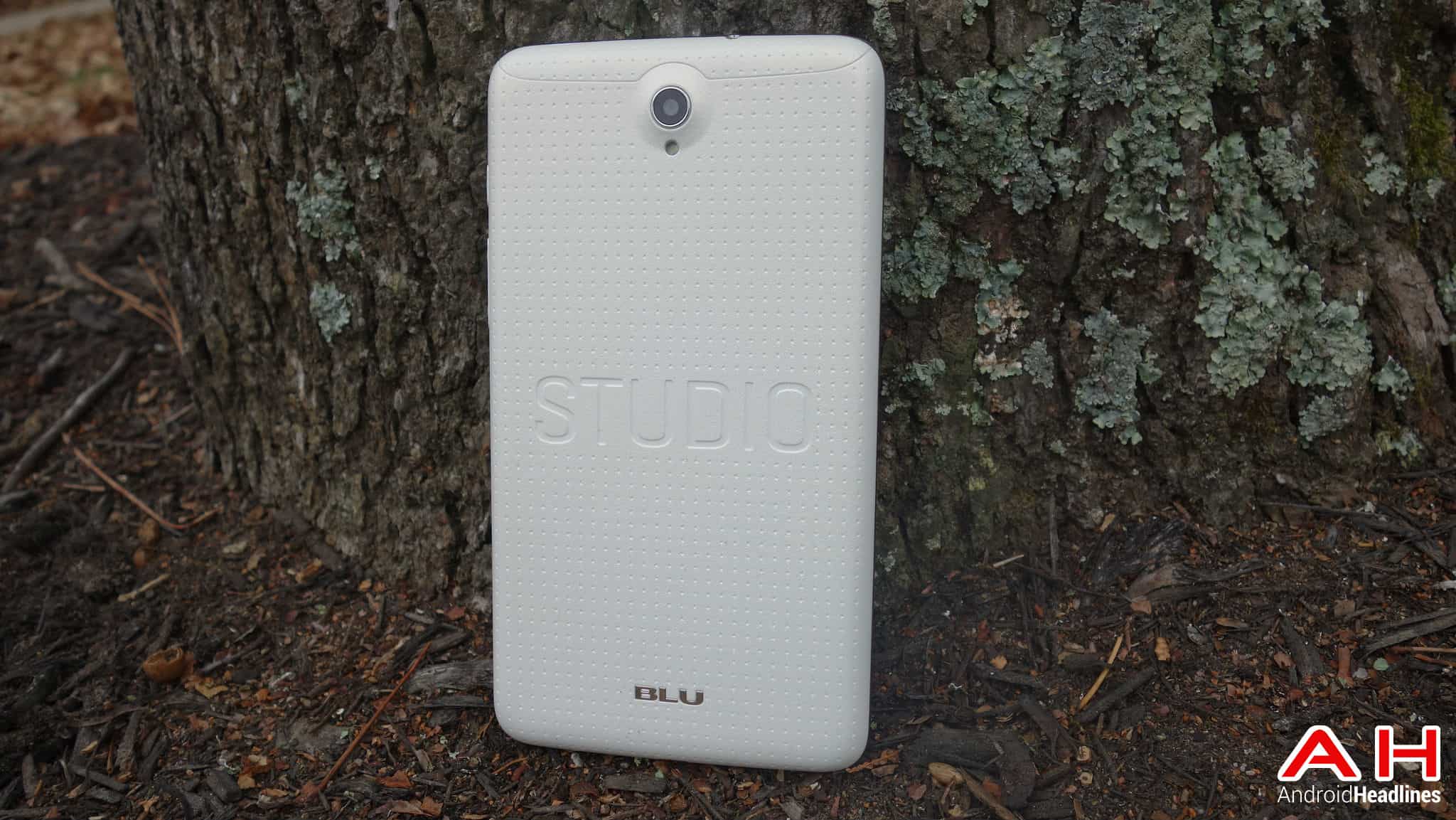 The first and most obvious thing about this phone is its size. It's about as big as a Nexus 7. In fact, it's just a hair smaller because it has smaller bezels. The screen is the same 7-inch size, though. It just barely fits in my relatively large hands. Silver trim runs around the edges. The power button is on the right side, as is the volume rocker. The power button is just a little higher than is comfortable for me to reach. I kept hitting the volume rocker when I was trying to turn the screen on and off. The headset jack is on the top and the charging port is on the bottom. On the back is a slight camera bump for the 5-megapixel camera, with the flash just below the camera bump. The speaker on the bottom does its job without standing out. It's a bit tinny at high volumes, but it works just fine.

Above the camera is a small plastic strip that peels off. Underneath it we find the SIM card slot and the microSD card slot. This little plastic strip fits snugly in place, but you'll want to be careful with it so as not to bend or break it. The back doesn't come off. Beneath the non-removable back is a 3,000 mAh battery. The Studio 7.0 has a faux-leather back that's dimpled and reminds me a bit of something that Samsung would put on their last generation of phones. The model that I reviewed is white. The device also comes in blue, gold, and grey. The back feels nice and is easy to grip, which is very important with a device this size.

The display has just a 600 x 1024 resolution, which means a pixel density of about 169 ppi. The resolution is low for a device this size. The viewing angles also leave something to be desired. BLU makes inexpensive devices and sells them for low prices, and that means cutting costs somewhere. On the Studio 7.0, the display is one of the compromises that BLU made. The touchscreen isn't as responsive as I would have liked, either, but for $149 I'm willing to make some concessions.

The smartphone is powered by a 1.3 GHz dual-core processor. It has a Mali 400 GPU pushing graphics and 1GB of RAM. Performance was perfectly fine for day-to-day use. The low resolution display helps with this, I'm sure. The only time I had any hiccups was when I pushed the phone really hard. Multi-tasking isn't a strong suit of the Studio 7.0, but it performed without a hitch for most of what I do with my phone. 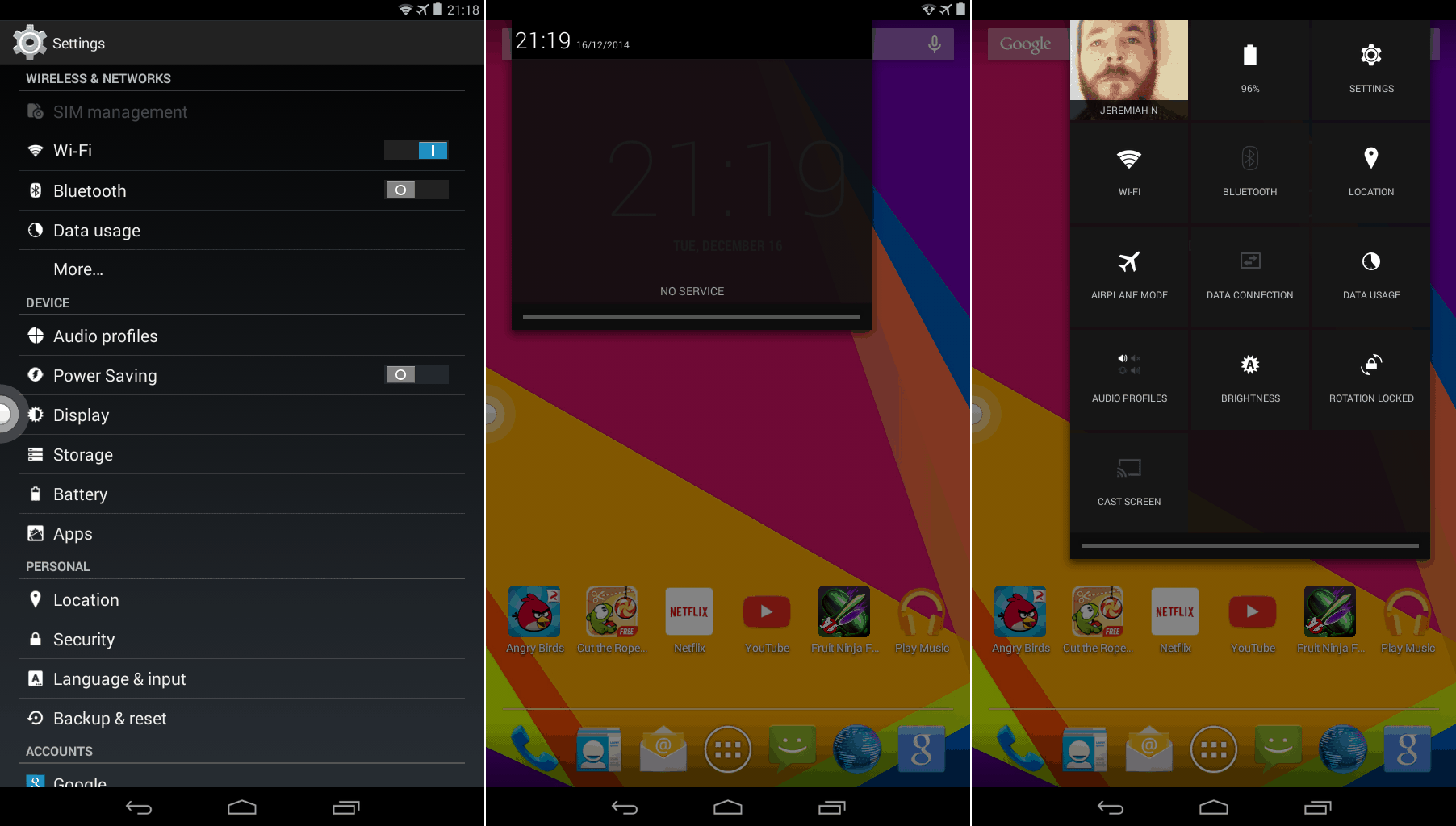 The Studio 7.0 runs Android 4.4.2 KitKat out of the box. It's an almost stock experience. BLU says this is a smartphone, but it has a hybrid smartphone/tablet interface. The Settings screen is just like the one on a smartphone. The Notification and Quick Toggle pull downs are separate, like they are on an Android tablet. BLU pre-loads three apps on the phone: a file manager, an FM radio, and a to-do list app. The camera has a custom overlay that isn't quite stock either.

In the Settings there are a couple of cool additions, namely Audio Profiles, a Power Saving setting, and a Scheduled power on & off feature. BLU also added a small floating button that they call the "Rainbow" button. It is a quick-launch button that will let you open Tools, Media, and Favorites apps quickly. You can customize the apps in the Favorites category yourself. The other two categories are set and can't be changed. The Tools category lets you open the Phone, Calculator, File Manager, WiFi, and ToDo apps. The Media section of the Rainbow button lets you open the Camera, FM Radio, Music, Gallery, and Video apps. BLU is good about keeping the Android experience pure, just adding a few of their own touches to the mix.

The 5-megapixel camera on the back is nothing to write home about. It does take photos, though. It also has an HDR feature, shoots video in 1080p at 30 frames per second, and has an LED flash. Here are a few sample shots for you to peruse.

The BLU Studio 7.0 is not a dual-SIM device like some of the other phones that BLU offers. It is unlocked, however, and will work on any GSM carrier in the U.S. It doesn't offer LTE connectivity, although HSPA+ should handle your data needs just fine.

The bottom line is that this is a 7-inch smartphone that performs decently and will only set you back $149. The screen and camera leave something to be desired, but the performance is acceptable and it's running 4.4 KitKat. If you want a large-screen phone in your life and you don't want to pay an arm and a leg, take a look at the BLU Studio 7.0.