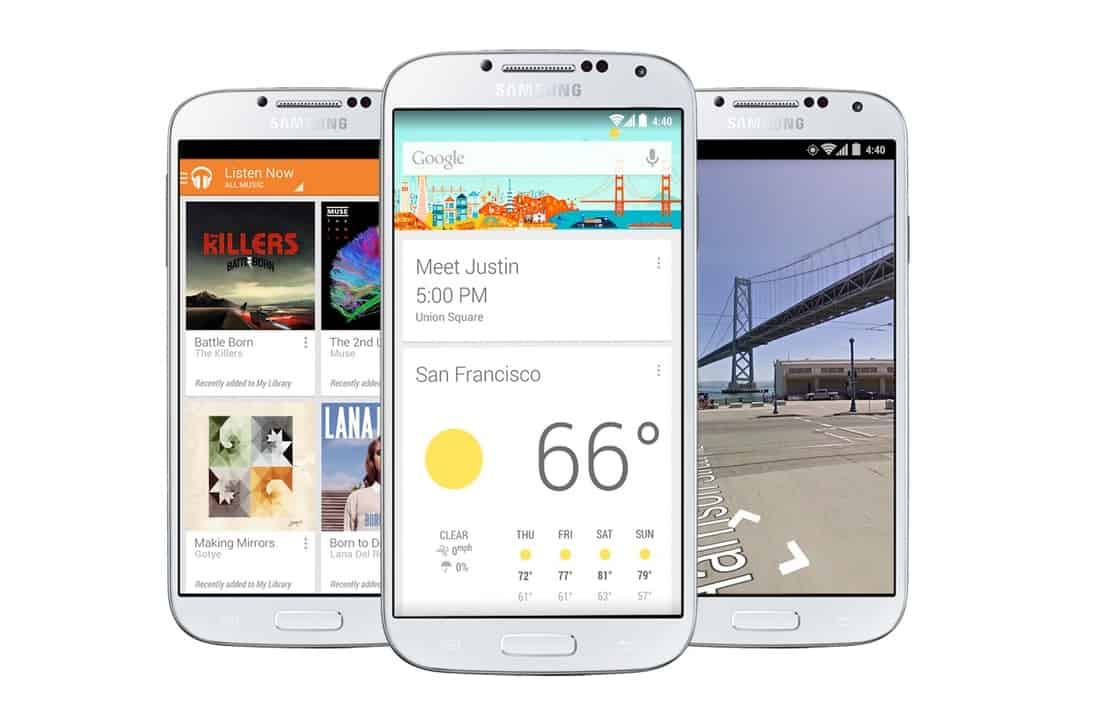 Last year Google picked a couple of high-end smartphones by different manufacturers, removed the software, custom roms, pre-installed apps and installed a stock Android on them. They are called Google Play Edition devices. Those smartphones and tablets have a better support directly from Google and receive updates quicker than smartphones with custom company roms and pre-installed apps added by carrier or manufacturer. The LG G Pad 8.3 GPE already got the official Lollipop update and now the preview pictures of the Samsung Galaxy S4 update leaked. The official Lollipop update for Samsung Galaxy S4 GPE might arrive very soon since they already released the stable beta build. The stable beta built means it is very close to the final version ready for download.

Users will obviously receive the stock version of the operating system without TouchWiz user interface installed. This ensures the stability of the system because Samsung is having troubles installing the Lollipop update. The troubles are allegedly caused by their outdated version of Android Support Library which causes the crashing of the apps due to the new Material Design. Users are also going to be introduced to a clean material design with the brand new white keyboard. There isn't the official Lollipop update for Samsung running TouchWiz yet, but it probably won't be as clean and clutter free as the stock version.

Since Samsung uses a lot of black menus and backgrounds in their TouchWiz UI and so did Android until this update, it will be interesting to see the battery performance. The AMOLED display doesn't use the battery while showing the black color, but the white color definitely will. Even if the Samsung Galaxy S4 GPE update comes very soon, you still should consider keeping the KitKat on your device just a little longer because several bugs of the OS have already been reported. There is one which makes the silent mode disappear, instability issues while using French Canadian language, problems with Cisco corporate connection… Google is pushing the Lollipop update to devices they have the most control over. First it was the Nexus line, then it was Moto X 2014 and don't be surprised if Samsung Galaxy S4 GPE might just be the next one to receive the official update.