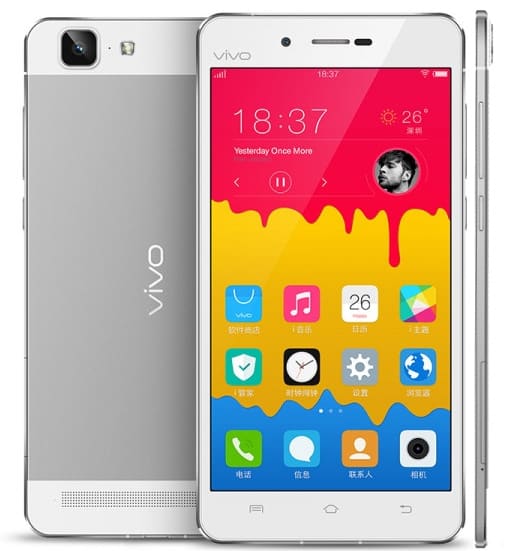 Vivo has become a name that people associate with super thin smartphones and their latest release, the Vivo X5 Max is no exception. Coming in at just 4.75mm thick, the X5 Max is easily one of the world's thinnest smartphones. If that's something that takes your fancy, and you live in India, then you'll be happy to know that the svelte smartphone is making its way into the country. The X5 Max will be available later this month in India for a whopping RS 32,980.

What do you get for that sort of money, other than its thinness? Well, it's obvious that you're paying a premium for the thinness of the X5 Max, but there is more to it than just that. Take for example, the 5.5-inch 1080p Super AMOLED display and the 1.5 Ghz Octa-Core Snapdragon 615 CPU backed up by 2GB of RAM. There's 16GB of internal storage, that can be expanded with a further 128GB using the second SIM slot, which doubles as a nanoSIM port as well as a microSD card slot. It's also got a Yamaha sound chip inside as well as a 13-megapixel rear-facing camera. All-in-all, not a device to be written off as just a fashion statement.

For this sort of price, there are compromises in such a thin device. For instance, the 2,000 mAh battery might pose some issues and the device will only be sold in stores, with no word just yet on who will be stocking the device. It'd be nice to see Lollipop onboard here as well, but it is at least running Android 4.4 KitKat and the Snapdragon 615 under the hood will please those that have been burnt by MediaTek powered devices. If you're looking for a larger device with a super-thin frame, Vivo's X5 Max is worth considering. To see how the device is made so thin, you can take a look at its insides here. Let us know in the comments below if this is too expensive for this sort of device, or just what you were waiting for!