Chromebooks are consistently coming up with new ways to be ever useful to anybody that uses them, and now they’re adding support for running your favorite Linux distro in a window by running Crouton in Chrome OS. If you use a Chromebook all you have to do is start by downloading the Crouton extension in Chrome which will allow you to open up a separate virtual window to run seemingly any distribution of Linux, no moving back and forth between Linux and Chrome OS. The one caveat is that your Chromebook has to be set in developer mode to access the capability, if you’ve got that covered, you’re in.

After you’re in developer mode, the next couple of steps involve as we stated above, installing the Crouton Chrome extension and then downloading Crouton. From there you can open a shell using the following command, “<Ctrl>+<Alt>+T” (without the quotes of course) and then typing shell and hitting <enter>. Finally, run “sudo sh ~/Downloads/crouton”(again without quotes)and you’re done. Whatever your needs are for running Linux on a Chromebook or Chromebox device, this should make it much easier and cut down any time it might take to switch back and forth between Linux and Chrome OS, because essentially you’re still running on Chrome OS with Linux more or less running on top in the window which could simply be closed at any time whenever you’re done.

Since Chrome OS is based on Linux, running Linux on a Chromebook was possible prior to the ability to run it from a window, but arguably this is much faster as you can minimize the window any time you need to do things in Chrome OS and then expand the window when you need to continue your exploits in Linux. As pointed out by GIGAOM, the use of Linux on a Chromebook could be beneficial if you have the need for some third party apps that you may be able to find within the Linux platform, that you can’t find with the library of web apps on Chrome. Although I don’t personally use Linux much myself ( I have in the past) this is something that should excite anyone who is a general tech geek and has had some experience with using Linux before. Do you use a Chromebook and/or Linux machine? If so, will you be attempting to try this out? 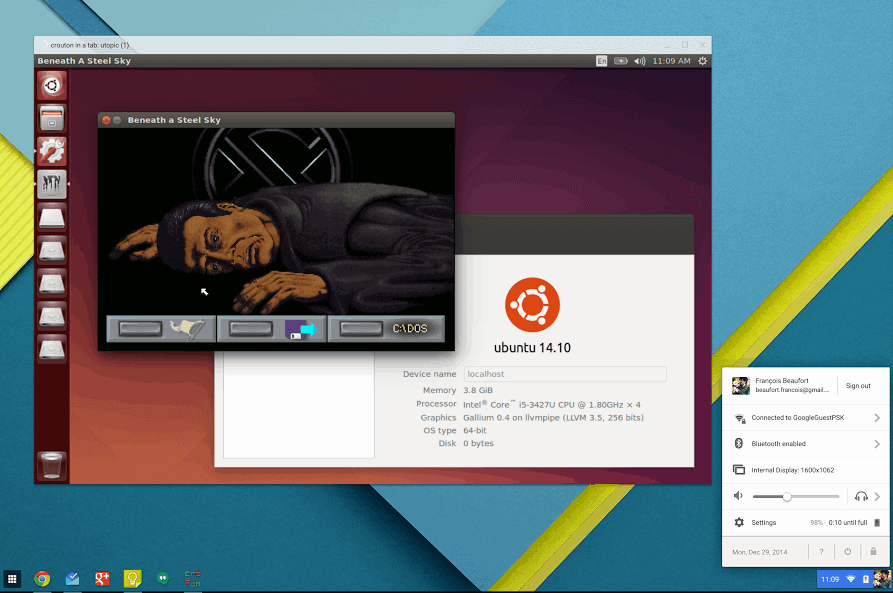