OnePlus and Cyanogen are definitely in the spotlight lately. The two companies have been accusing each other of all sorts of things and have gained a lot of negative publicity. OnePlus Two might not come with CyanogenMod pre-installed considering the relationship between the two companies have been, well, not good and Cyanogen agreed a partnership with Indian smartphone manufacturer Micromax recently and that news was followed by a whole bunch of rumors, leaks and official statements have been going around the media in the last week or so.

Such news doesn’t change the fact that OnePlus One is great and an extremely affordable device though. Many people still want to get their hands on a copy of this handset but OnePlus’ invitation-only approach is making it rather difficult for some people. You may recall that OnePlus held a special sale during Black Friday and during the 72-hour window the company didn’t require an invitation, well, if you wanted to get the OnePlus and weren’t able to back then, now’s your chance. The company is doing basically the same thing again under the slogan “The Gift Of One”, and guarantees that all purchased handsets will arrive before December 25th. So, if you’d like to purchase a OnePlus One but you don’t have the invitation, follow the source link down below and get your copy, but hurry, the offer is only available while supplies last.

OnePlus One features a 5.5-inch 1080p (1920 x 1080) LTPS LCD display along with 3GB of RAM for your multitasking needs and 16 or 64GB of non-expandable internal storage. This phablet is powered by Qualcomm’s Snapdragon 801 quad-core processor clocked at 2.5GHz which comes with an Adreno 330 GPU for graphics rendering. 13-megapixel camera is located at the back of this device and is flanked by a dual-LED flash, while there’s a 5-megapixel shooter available on the front side of the device. The device ships with Android 4.4.2 KitKat, but it can be immediately updated to Android 4.4.4 KitKat and Android 5.0 Lollipop is on the way. Cyanogenmod ROM is on top of Android here, which basically gives you all sorts of customization options and a bloat-free device. 3100mAh non-removable Li-Po battery is also a part of this package and the device measures 152.9 x 75.9 x 8.9mm while it weighs 162 grams. 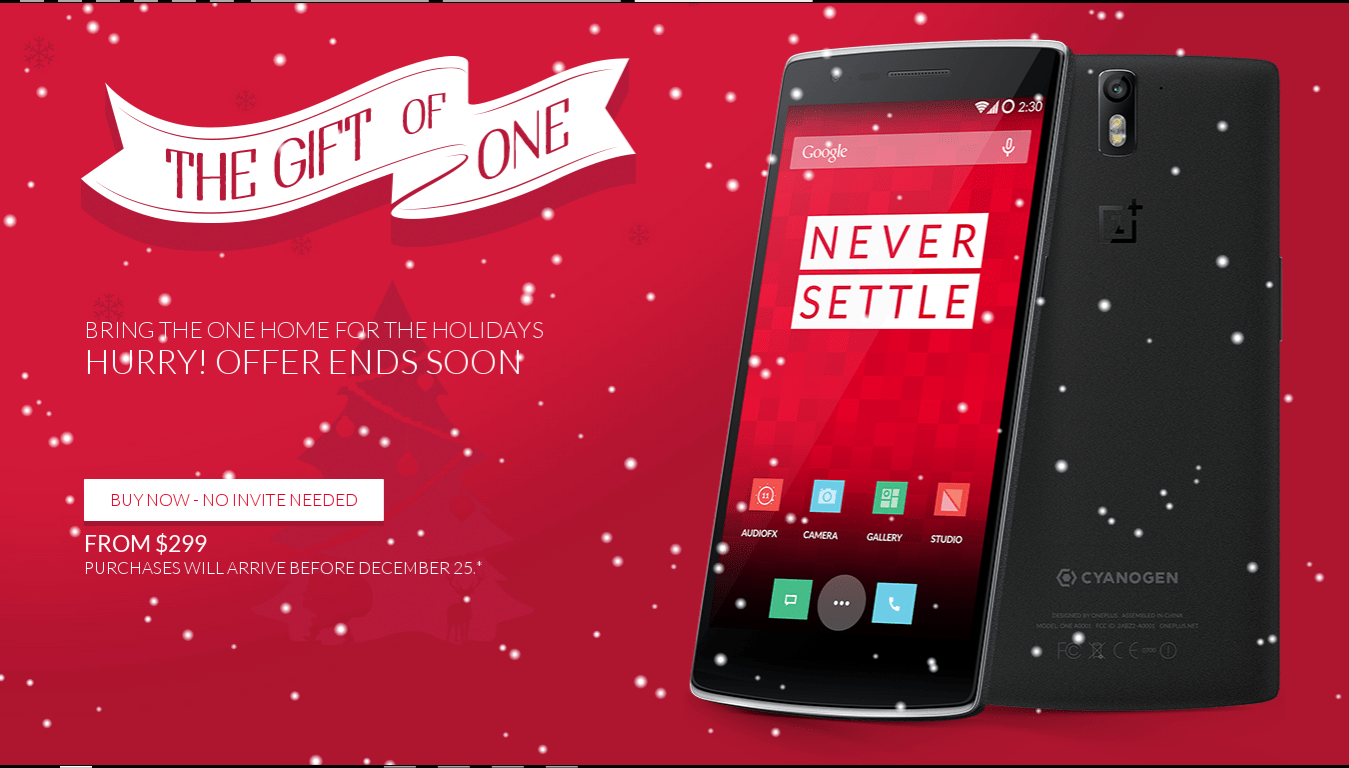