Skip to content
Trusted By Millions
Independent, Expert Android News You Can Trust, Since 2010
Publishing More Android Than Anyone Else
38
Today
38
This Week
221
This Month
2890
This Year
112953
All Time Asus has had great success with the Zenfone 5 in India and that’s perhaps why the company announced yet another variant of the phone in the country today — the Zenfone 5 Lite. The device had been made available in the Philippines last month. It’s priced at under 10,000 INR, 8,999 INR (US$145) to be precise, so you’re certain it’s going to be affordable. Asus have however not changed the cosmetics, so the Zenfone 5 Lite looks exactly like the Zenfone 5, which sells for a higher price, 9,999 INR (US$161).

It has a 5-inch 960 x 540 pixel qHD display, knocked down from the 720p on the ‘standard’ Zenfone 5. Another difference is RAM count, while the Zenfone 5 sports 2GB of RAM, this Lite version comes with only 1GB. A 1.2 GHz dual-core Intel Atom Z2520 processor rocks the boat for the Zenfone 5 Lite with the aforementioned 1GB RAM. At exactly the same price, Xiaomi ships the Redmi Note which has double the RAM amount, and also a larger screen, a 5.5-inch 720p display. Other specifications include an 8 MP rear camera with LED flash, a 0.3 MP (VGA) front-facing camera, a 2500mAh battery and dual SIM, with support for one 3G network and another GSM-only. Asus will ship the Zenfone 5 Lite with Android KitKat on board. The device is available via Flipkart, as usual in three color variants which Asus calls Charcoal Black, Pearl White and Cherry Red.

With all due respect to Asus, it would be a far wiser choice to go for the Zenfone 5 (A501CG) which has double the RAM and a better display, among others. It also costs only 1,000 INR (US$16) more, which makes it all the more feasible. Also, the Zenfone 5 has a better CPU in the form of that Atom Z2560. Like mentioned before, if you’re able to live with a large screen, Xiaomi has a great alternative in the Xiaomi Redmi Note. It is not only cheaper than the 2GB RAM variant of the Zenfone 5 (3G version), but it also comes with better hardware specifications, such as the camera, display resolution, etc. 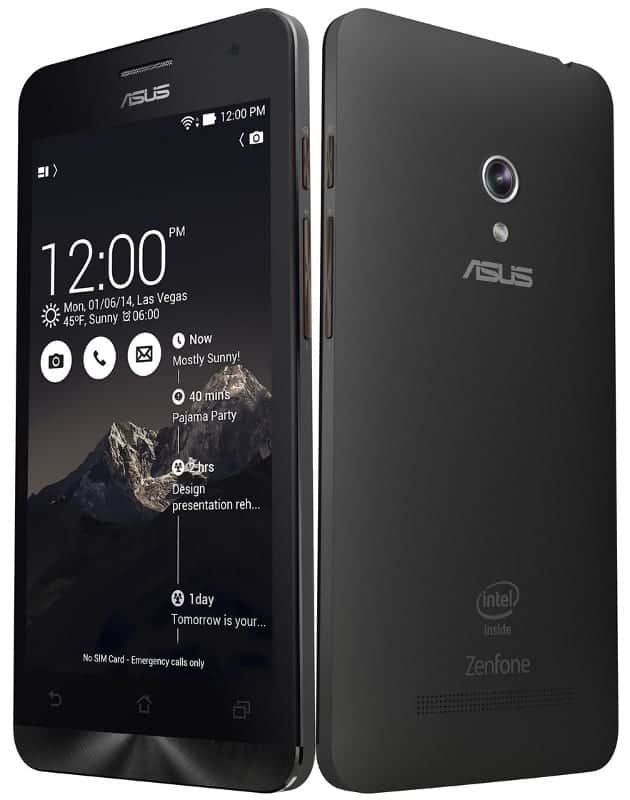