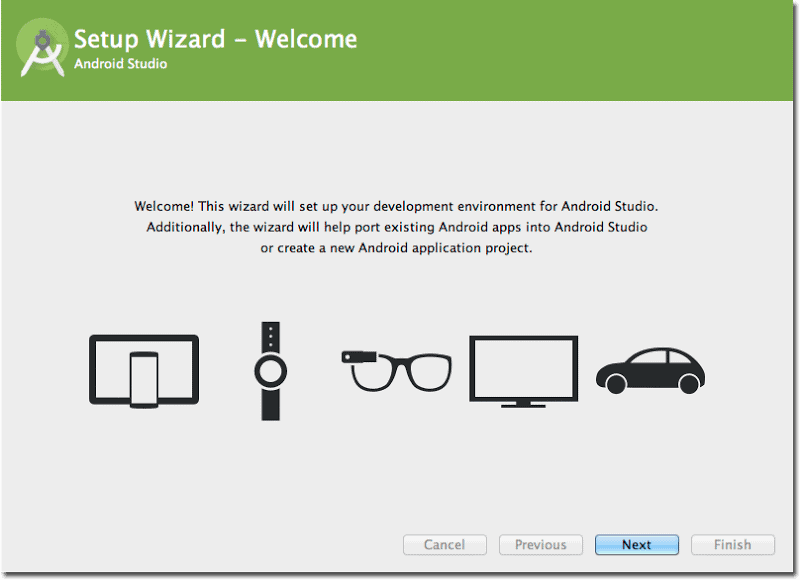 The startup experience has been streamlined. Android Studio will now automatically download and install the Android SDK, or Software Development Kit. There are new code templates included, an optimized emulator for testing new apps, and the studio supports importing of new Google code samples. The new Android Studio uses IntelliJ IDEA features like code analysis, advanced code completion, and has support for editing and previewing Android layouts across multiple screen sizes, languages and API versions. The studio will help find ways to improve performance in your app by viewing the app’s memory usage and searching for ways to decrease that usage, too.

Android Studio 1.0 uses the Gradle-based build system for “flexibility and extensibility, support for building from within and outside of Integrated Development Environment, build variant support for handling different builds like debug vs release and paid vs free” and it also makes it easy to add Google Cloud Backends and Endpoints. Adding Google Cloud Messaging to an app is easier than ever. You can also import projects right from Eclipse into Android Studio, simplifying the transition from Eclipse to Android Studio.

If you’re a new or seasoned Android developer, you should take a look at what Google is offering up with the new Android Studio 1.0. Google is providing great tools to make apps faster and easier than ever before. You can edit and improve existing apps in the studio as well as create new apps from scratch. Developers can also test out their apps across multiple devices right in Android Studio. Hit the source link to read up on Android Studio 1.0 and download it for yourself.