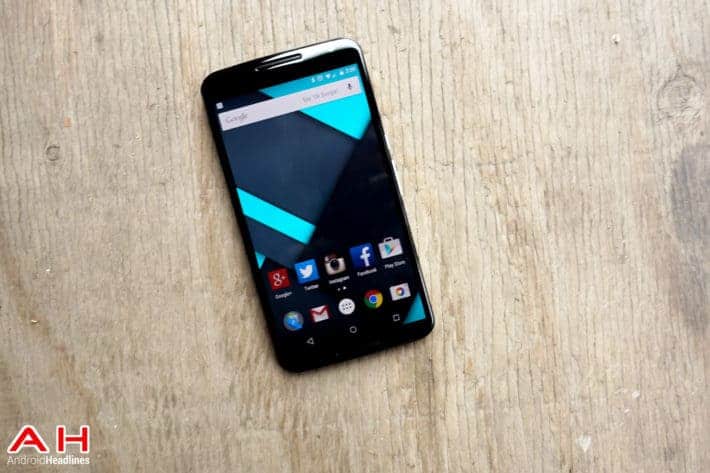 Earlier this year, before the Nexus 6 was anything more than a pretty substantial rumor, it was thought that the new giant Nexus phone would ship with a fingerprint sensor, a la the Galaxy S5. However, we all know that wasn't the case, and the Nexus 6 didn't add a fingerprint sensor to its list of impressive features upon launch. It appears that the rumors from this summer weren't wrong however, but rather Google and Motorola decided against implementing the new tech in the Nexus 6, and ultimately Android 5.0 itself. As is so often the case with Android (and anything else Open Source, really) the source code tells us all we need to know.

Over at Ars Technica, they've uncovered some commits that plainly spell out Google's intention to launch the Nexus 6 with a fingerprint sensor. One such commit reads "shamu: remove fingerprint support", (shamu being the Nexus 6's codename) leaving little room to imagine otherwise. Further digging by Ars reveals that the Nexus 6 might have used a fingerprint sensor from Validity Sensors, a company recently acquired by good old Synaptics. Much like previous Nexus launches, should the Nexus 6 have shipped with a fingerprint sensor, it would have meant the inclusion of a whole new API in Android. Remnants of that API can be found throughout commits in the AOSP (Android Open Source Project) and it appears the giant Nexus 6 would have featured a swipe sensor, again like the one used in the Galaxy S5. Leftovers like "FINGERPRINT_ACQUIRED_TOO_SLOW" found within the unfinished API suggest that it was being built to support fingerprint sensors that required users to draw their fingers over them.

While Android 5.0 Lollipop doesn't contain the aforementioned API for fingerprint sensors, this hasn't stopped manufacturers like Samsung and HTC implementing the hardware on their own, and while we're all eager to see what Google would do with fingerprints in general, it looks like we're going to have to wait. Another commit plainly reads "hide fingerprint API until new API is ready", so it's safe to say that the next version of Android will more than likely feature a way to read fingerprints. There might be more going on here than just an unfinished API though. Google is already trusted with enough of our data and I'm sure that if the search giant asked for our fingerprints next, a large portion of users would be unhappy. It's possible that Google as a whole hasn't figured out what to do with fingerprints, but the Android team has definitely been working on it.