Xiaomi is being really quiet as far as new devices go lately, while Meizu is releasing new handsets like crazy. Meizu has released three new smartphones in the last three months, two of which were company’s flagship handset. Meizu MX4 and MX4 Pro got launched earlier, and the company has added the Meizu M1 Note to that list today. We’ve been hearing a ton of rumors regarding Xiaomi’s Mi5 handset lately, some of which even pointed towards the January release date, but Xiaomi confirmed that they won’t participate at CES, so that’s out of the question I guess. Xiaomi’s confirmation didn’t stop all the rumors and leaks from circulating the web though, two new reports came our way.

These two reports show us the same device, but talk about different naming. The first report claims that the device pictured in the gallery below this article is Xiaomi Mi4S, while the other source says that the device in question is the Mi5. This handset resembles Xiaomi’s Mi4 handset for sure, but ti’s also different in some ways. The bezel seems thinner and the device actually seems bigger, at least according to the images below. Either way, the device looks great, though I’d prefer for Xiaomi to step away from the capacitive buttons below the display, I know some of you prefer it that way, but I really don’t. Either way, this device actually seems like it might happen, it seems like a logical step for Xiaomi. The name is still a mystery though, I somehow doubt Xiaomi would change the design at all if they intend to launch the Mi4S, so this might as well be the Mi5.

The specs mentioned in the report claim that the Mi4S will sport a 5.5-inch display and will be powered by Qualcomm’s Snapdragon 805 SoC, which seems possible I guess. According to some previous rumors, Xiaomi Mi5 might sport a 5.7-inch QuadHD display and Qualcomm’s Snapdragon 810 SoC might power on this device. This seems very unlikely though, I doubt Xiaomi would jump from 5-inch display to a 5.7-inch display, but who knows. Snapdragon 810 is a realistic option only if the Mi5 launches in the second half of 2015 (perhaps a bit sooner) considering the fact that the Snapdragon 810 SoC is still not available to OEMs and it won’t be available for another couple of months according to reports. 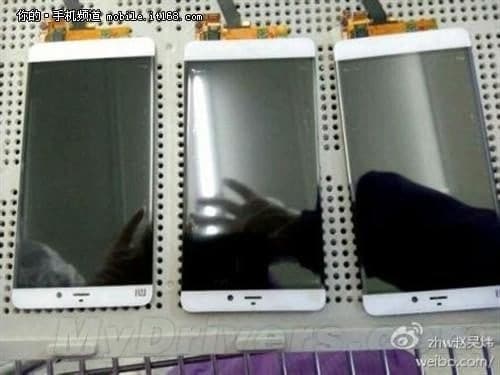