Acer has announced its latest offering for the Indian market, the Acer Iconia Talk S A1-724. Depending on how big your hands are, you can either call it a tablet, or a phablet — the device comes with a 7-inch display. The device has been clearly made with connectivity in mind; it doesn’t only feature SIM capabilities, but also offers support for 4G LTE networks, that are on the rise in the Indian market. That, with a 64-bit processor and a rather affordable price make the Acer Iconia Talk S a very interesting device. Let’s talk about the specifications in greater detail.

The 7-inch panel on the Iconia Talk S comes with a 1280 x 800 pixel resolution, which certainly isn’t the highest. Acer will also be shipping it with an oleophobic coating which will make the touchscreen (fairly) immune to fingerprints. Another thing that the display will have is what Acer calls ‘Zero Air Gap’; you know what it means by now. It’ll be powered by a 1.2GHz quad-core processor, the 64-bit Qualcomm Snapdragon 410 (MSM8916) along with an Adreno 306 GPU to handle the graphics on the Iconia Talk S.

Connectivity is going to be a strong suit of the Iconia Talk S; not only will the device provide 4G LTE connectivity, but it’ll also work with 2 SIMs at the same time. This also means that there’s going to be voice calling capabilities on offer, a feature more and more tablets are starting to have. A 5 MP rear camera, and a 2 MP front camera top it off, along with a 3780mAh battery to make the Iconia Talk S a fairly impressive device — especially when you take into consideration the pricing. While Acer is yet to announce an official price for the Indian market, it sells the device in Taiwan for NT$ 7990, or roughly an equivalent of 15,900 INR. If Acer is able to pull off similar pricing in India, I can’t see no reason why the device can’t do well in the market despite the cut-throat competition that’s prevalent. 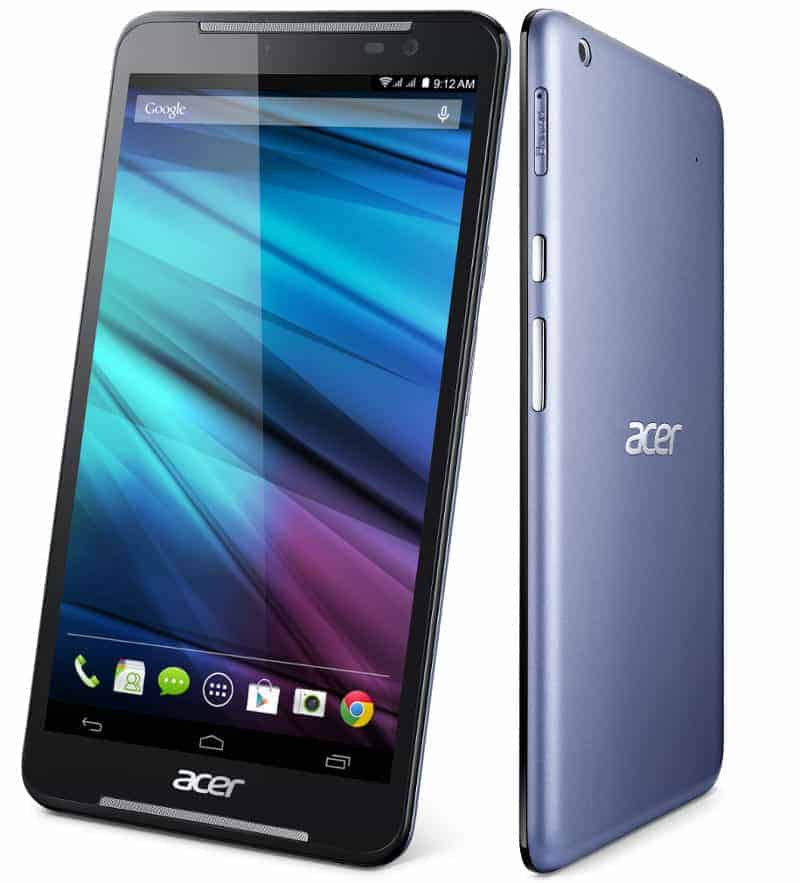