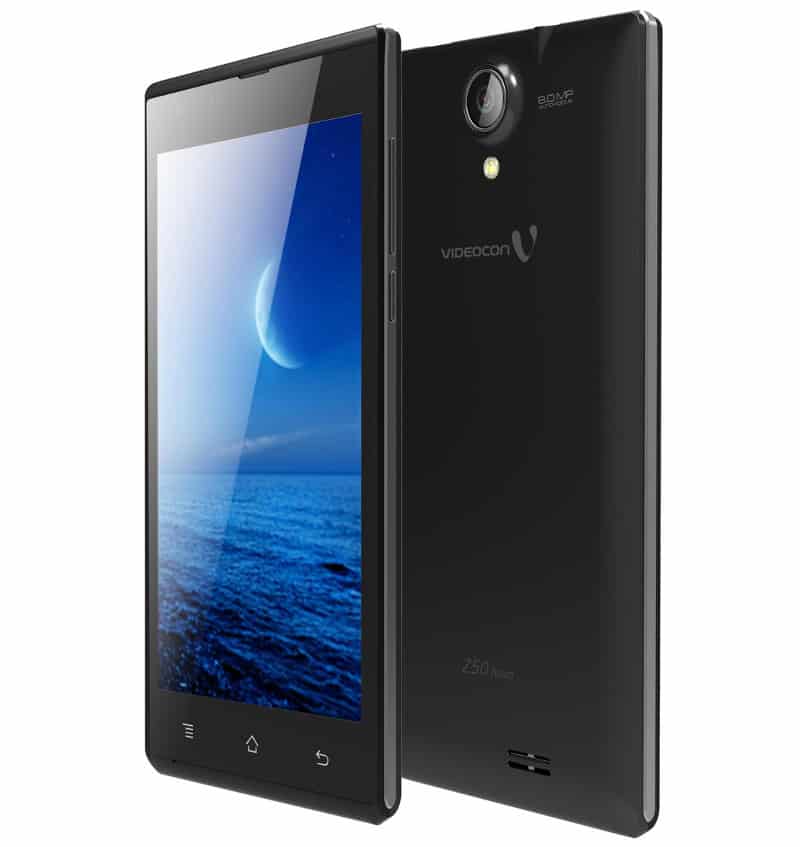 The Videocon Infinium is a new smartphone that has just launched in India for less than $100. The Infinium boasts some pretty modest specs and a decent-looking design but is that enough to make users want to purchase it in India? Well, there is one important thing to note about this phone that sets it apart from most other sub $100 dollar smartphones, it runs Android 4.4 KitKat. Yes, that's right folks, this phone runs Android KitKat, has decent specs and costs only $94.

So what are these decent specs that we keep mentioning for the Videocon Infinium? Let's start off with the devices 5-inch qHD display with a resolution of 960 x 540. Pretty good for a sub $100 smartphone if you ask us. Then we have a 1.3 GHz quad-core MediaTek processor with a Mali 400 GPU, 1GB of RAM, 8GB of internal memory with a microSD card slot, and like we mentioned before, it runs Android 4.4 KitKat. Moving onto the camera, it has a 8MP rear-facing camera with LED flash and a 2MP front-facing camera. Last but not least we have the battery which is a 1900mAh battery.

Also, when you purchase the Videocon Infinium you get a free 90-day subscription for V-secure and V-safe. There is also Hungama, Fun Zone, GT Racing 2 and Modern Combat 4 offered on the Videocon Infinium as well. The device will be sold in both black and white exclusively through the Indian carrier Flipkart and will cost only $94.

It's really great to see another sub $100 smartphone being offered in India, especially one with decent specs running Android KitKat. The Videocon Infinium has a lot going for it with a great price-point so it will be interesting to see how this device sells in the Indian market, there is a lot of competition around that price point there. If you had $100 to spend on a smartphone would the Videocon Infinium be your first choice? If not, what device would be?  Leave us a comment below and let us know what your first choice would be.