There are so many devices coming out of China these days that it’s hard to keep track of them. While there’s been a noticeable shift to smartphones from tablets and the rest, Chinese OEMs have also been active in pushing wearables. As was the case with smartphones many years back, many of these wearables lack original design and are ‘inspired’ by existing, popular tech products. However, what they do have going for them in most cases is a very affordable price tag. The G2 smartwatch from Chinese manufacturer No. 1 is what we’ll be talking about here.

The No. 1 G2 comes with a very recognizable design, especially for those who’ve seen a Galaxy Gear smartwatch before. The G2 will however sell for only US$89.99, to make for a very affordable first smartwatch. The device has a 1.54-inch TFT display with 240 x 240 pixels filling the space. It’s powered by MediaTek’s wearable specialist chipset, the MediaTek MT2502. To make the sub-US$100 price tag seem even more lucrative, there’s a metallic body around the dial (which isn’t round, but a rectangle as you would expect). Also, the straps on the G2 are changeable, thus affording you the luxury to mix and match as per your fancies. Another much needed hardware feature that the G2 possesses is IP67 certification, which means you don’t really have to worry about the device being wet up to an extent.

It pairs to your existing smartphone via Bluetooth v4.0, which means the watch will work with almost any existing smartphone. Although I’m not sure about the feasibility of this, but the G2 has a 2 MP camera to take pictures. As you would expect from any smartwatch of today, there’s a few watch faces you can choose from. A 350mAh battery powers the G2, which also allows the device to have features like sleep tracking, sedentary reminders, etc. And of course, besides displaying your notifications to you, the G2 can also be used to make and receive calls via your smartphone.

It has some other features like pedometer to keep track of your fitness, an anty theft feature that sets off an alarm if the phone is more than 10m from you, etc. You can find more info about the device on the official No. 1 website linked down below. 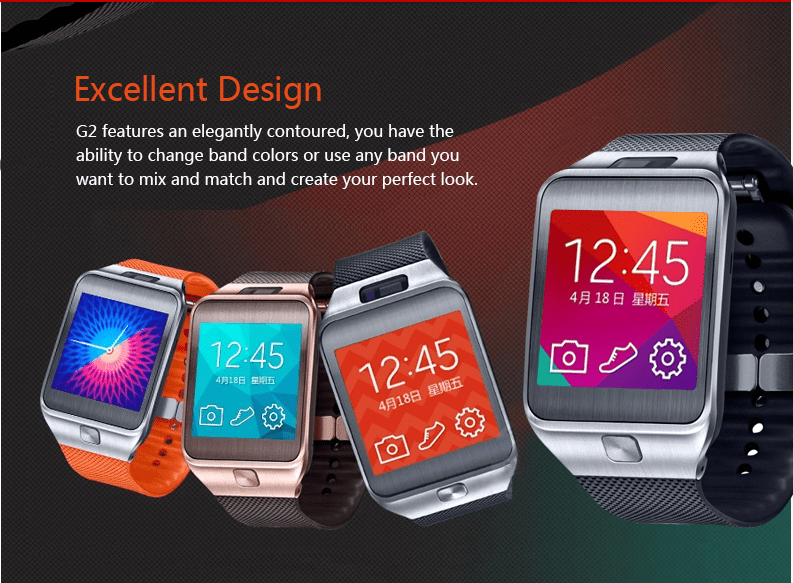