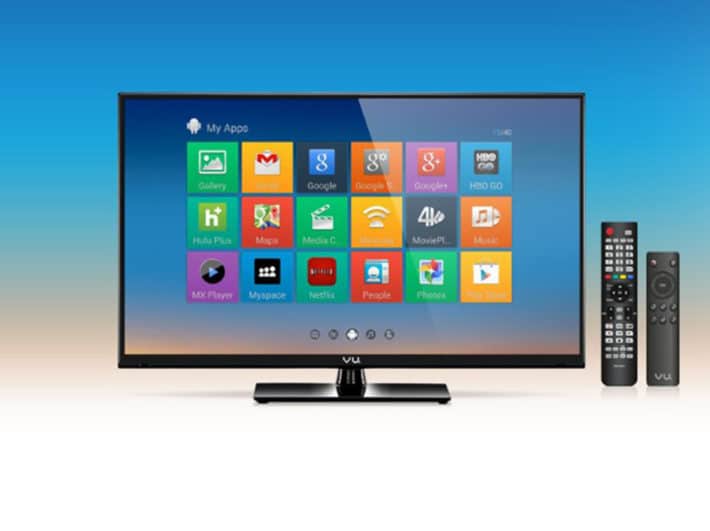 India's been in the thick of the action lately. While most of it came from Chinese and Indian OEMs itself, it appears as though the world's second largest smart devices market is now starting to appeal to makers from the west. Testimony to that is the launch of the Vu Android TV, a television with a 32-inch display and the Android v4.4 KitKat operating system.

The display uses the LED technology to illuminate the 1366 x 768 pixels it has across the canvas. While the internals of the display are pretty impressive, one would've liked to see at least a full HD resolution across the 32-inch panel. The display has a brightness of 500 nit and a response time of only 6.5 ms. An Amlogic S802 SoC drives the operating system along with an impressive 2GB of RAM and 8GB of on-board storage to make for quite a VFM affair.

It also has an octa-core GPU (the Mali-450) and all the usual bells and whistles you see on every other Android device, including Bluetooth v4.0, dual-band WiFi, Gigabit Ethernet, etc. Vu also claim that the device supports XBMC out of the box, so media consumers should be in for a treat with this device. The maximum retail price of the unit in India is set at 26,990 INR, which roughly translates to US$435, which is far from a bad deal; the one thing that you will probably have to make do with is the low-ish resolution.

The device looks like a decent alternative to TV boxes. TV boxes, especially the affordable ones, require a fair degree of 'fiddling' around for optimum usage. This device, on the other hand, looks to provide more of a streamlined solution; so if you aren't the fiddly kinds you might want to take a look at this one. Like mentioned before, US$435 / 26,990 INR is quite a fair deal if you're just looking to break into the world of Android powered TVs and the likes. The device is Flipkart-only, which means only those based in India can avail the offer.