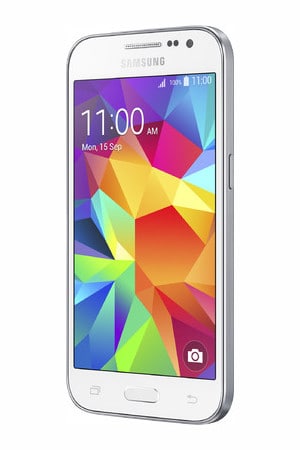 Samsung Mobile is dealing with some serious problems at the moment (more on that later), but that is not stopping this Korean giant from releasing new smartphones out to the market. The latest one was spotted at the FCC and is on its way to Boost Mobile, Samsung SM-G360P. According to the listing, this is a CDMA phone with LTE support on bands 25, 26 and 41, which makes it compatible with Sprint's network. This device will quite probably end up at Boost Mobile though considering MVNO's customer service telephone number printed on the handset's FCC label belongs to Boost Mobile, not Sprint.

This model number could actually be a variant of the Samsung Galaxy Core Prime, reports Phone Arena. This handset was leaked by an Indian retailer Flipkart, not long ago. As for the specs, this handset will feature a 4.5-inch 800 x 480 LCD display along with 1GB of RAM for your multitasking needs. This handset will be powered by Qualcomm's Snapdragon 410, a 64-bit quad-core processor clocked at 1.2GHz. SM-G360P will ship with a 5-megapixel camera on the back and a 2-megapixel shooter on the front of the device. Android 4.4.4 KitKat will come pre-installed here with Samsung's TouchWiz UI on top of it.

No matter which way you look at it, this is meant to be a rather affordable handset for those who are on a budget. Considering the certification, this handset is expected to launch rather soon, most probably before the holidays, I believe that's a safe bet. As a side note, Samsung is in the middle of restructuring, due to the fact their profits significantly dropped in the last couple of quarters. The company has sold 40% less Galaxy S5 devices than they planned to sell in the first 3 months of sales. That's not all, their sales dropped 50% in China due to heavy competition from the likes of Meizu and Xiaomi and Samsung's rather high prices compared to those 2 Chinese manufacturers. This Korean tech giant will have to find a way to offer more affordable devices and yet keep the specs rather high in order to compete in Asia, it will be interesting to see if they'll be able to pull that off in the coming months.