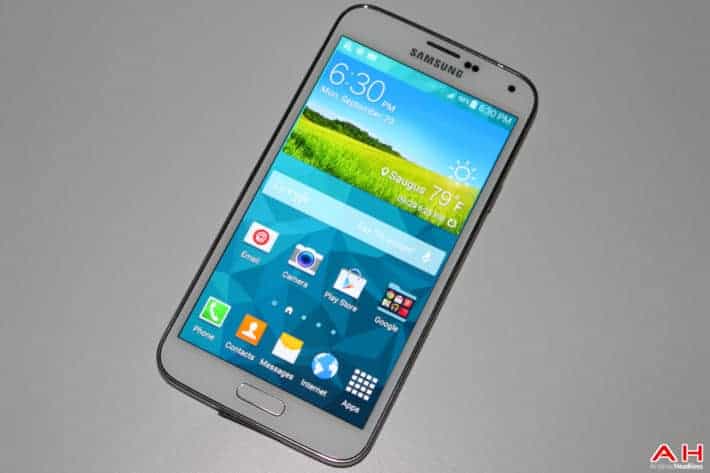 Android Lolipop is officially out and a few flagship smartphones are already officially supported. Quite a few Samsung smartphones are going to receive Android 5.0 Lolipop update, including the Samsung Galaxy S4. Though not official, the Lolipop update for Samsung Galaxy S5 can be expected in December 2014. Carriers can always delay the release of the operating system, so some will even have to wait until January 2015. If you are on Sprint and are too impatient to wait for the official release there is the unofficial version available on XDA developers forum. Now if you don't know much about manually installing OS on the smartphone, I strongly suggest avoiding this because this is the unofficial version and was not properly tested for bugs.

As I mentioned before, the post was posted today on XDA developers forum. Remember to use this at your own risk and know exactly what you are doing. Back up all the phone's data using the Samsung's software or just download and use Helium app from the Play Store. This is a MUST, because this flashable firmware package will wipe all data from your device. The warranty is no longer valid if something goes wrong in the middle of the operation and the device stops functioning. The software has been tested for calls and SMS and they seem to work perfectly. All of the sensors have not been properly tested so some might not work. There has not been yet any real feedback from the users who installed the release, so I suggest waiting a couple of days to really get a sense of the quality.

In the earlier leaks of the Android Lolipop for Samsung Galaxy S5 we saw a redesign of the pull down notification menu and the standard black color in the Samsung settings and several other menus, which was saving the battery had been changed to white. There have also been quite a few problems reported when Samsung was trying to update their devices to Lolipop. Samsung is allegedly using an outdated version of Android Support Library which causes the crashing of the apps due to the new Material Design. No word whether Samsung Galaxy S5 is also running outdated version of the Support Library. Some speculations have also been that the TouchWiz might be causing such inconsistencies. 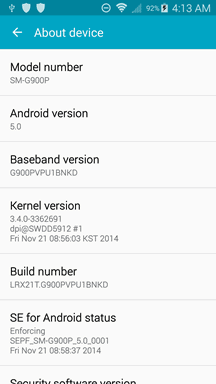