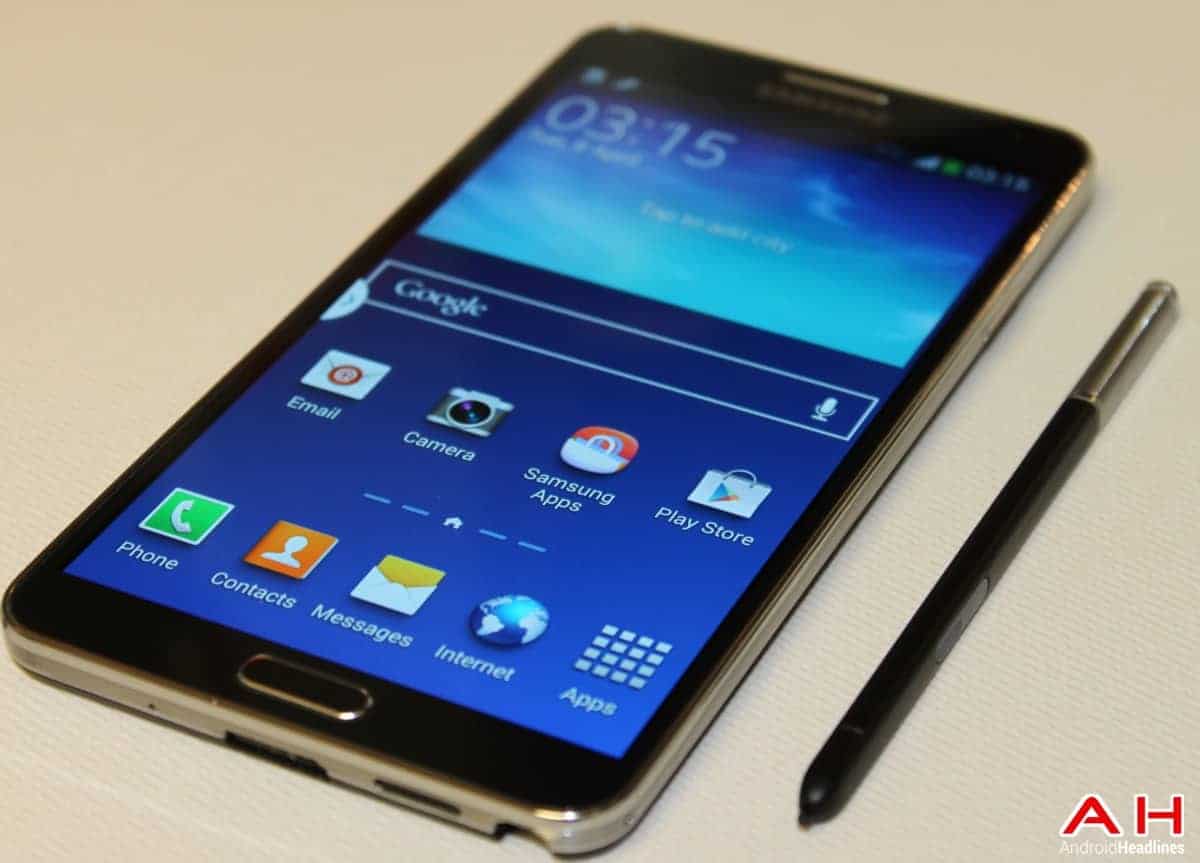 Samsung’s Galaxy Note 4 might have just been released, but that doesn’t mean that its predecessor, the Galaxy Note 3, has suddenly become obsolete. The Note 3 is still an extremely capable handset, and it’s S-Pen functions are still something to write home about. The West Yorkshire Police Force (UK) would certainly seem to believe in the Note 3’s abilities, with the announcement that Samsung are supplying a total of 4000 Note 3 handsets to its members. This doesn’t bode well for the venerable notepads that have traditionally been used, although perhaps there is still a place for them in the rare event of the Note 3’s battery going flat or being damaged.

The West Yorkshire Police Force believes that  using modern technology will help it’s officers spend more time on the front-line instead of having to return to base every time a piece of paperwork needs to be completed. Instead of spending valuable time sat at a desk filling out forms, the officer will be able to make use of online apps that are installed on the Note 3 to record a crime. How many times have we watched US TV shows that have the cops using tablets and the like to aid them in their duties? And now we have the West Yorkshire Bobby (police officer) going all Hi-Tech on us.

The Assistant Chief Constable, Andy Battle has said that “The initiative will exploit technology to maximise the capability and effectiveness of policing at the front-line. It will potentially lead to 7,000 front-line officers and staff using the devices. The device includes an e-notebook (function) which will enable us to record information and make intelligence submissions via secure mobile police apps.” Being able to complete missing persons forms, enter electronic witness statements as well as view and update incidents on the fly will increase the visibility, responsiveness and presence on the streets.

The move to using mobile devices has apparently enabled officers to spend an extra 18 minutes on patrol. It doesn’t sound like much does it? But the West Yorkshire Police Force say that every extra minute that an officer spends on the streets daily is the equivalent to one million pounds ($1.59 million) worth of policing per annum. Multiplying that number by 18 adds up to a pretty penny, which only gets prettier when you consider the benefits derived from using the Galaxy Note 3 will impact on 7,000 officers. Some will wonder why Samsung is supplying the Galaxy Note 3 instead of the Note 4, but this is just common sense. The Note 3 is a known commodity being both reliable and offering great battery life, it’s also over a year old, which means that it is now available for much lower prices than the Note 4. Funds for the 4,000 Galaxy Note 3 phablets is being provided through a transformation fund which is part of the 2014/2015 budget agreement.

It’s also quite likely that the West Yorkshire Police Force will find more uses for the Note 3 as their staff become more familiar with the devices. Perhaps drawing rough identikits (hopefully not stickmen!) of alleged perpetrators using the S-Pen to upload and share instantly to their fellow officers. What other uses can you imagine the Note 3 offering for law enforcement agencies? Let us know at our Google Plus page.