Earlier this week a rumor about Samsung shutting down their ChatOn instant messenger in unprofitable regions had leaked. Samsung now officially addressed the rumor and says ChatOn will continue to be offered to consumers worldwide without any interruption or shutdowns. The ChatOn is a cross-platform instant messaging service, which means it doesn’t only function on Android, but also on all other smartphone operating systems including Blackberry, iOS, Android, Bada and Windows Phones. Last year they also added SMS and MMS support so they could compete with services such as Hangouts and Viber and is pre-installed on all Samsung smartphones and tablets. In April they reached 200 million users which compared to their competition like WeChat (600 million) or WhatsApp (over 500 million) is really not that much.

Samsung stepped into the instant messaging with ChatOn quite late in the game. WhatsApp launched in 2009 and Google Talk (now known as Hangouts) was first released in 2005. Samsung didn’t release their service until October 2011. It didn’t offer anything we haven’t seen before, except for immediate translation options in the chat rooms and animation messages. Besides people already have their favorite instant messaging app installed on their smartphones and if one person installs a different IM service, the whole circle of friends have to install a new app. So it is just not practical.

ChatOn might really be unprofitable in some regions of the world. People simply have it because they bought a Samsung device. I used it occasionally when I owned a Samsung smartphone for chat with friends who also owned a Samsung. Since Samsung though, I have not installed it on any other smartphone and I haven’t seen other people doing that either. The ‘200 million users’ might also just refer to users who bought the Samsung device, registered ChatOn and never used it again. It would be nice to see if Samsung released the real numbers of how many people actually use the service on a daily basis. This would help to identify where it really is underperforming. Is Samsung just too proud to admit defeat and shut down the service in some regions for good? Since it is the biggest smartphone manufacturer in the world, that just might be the case. 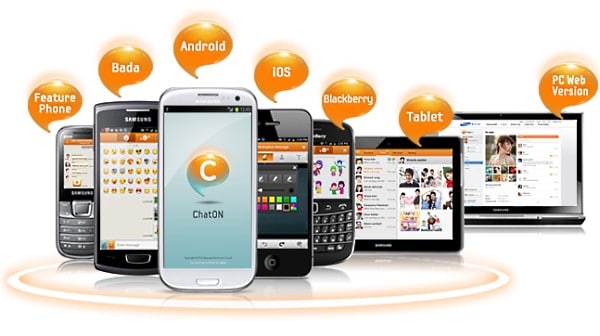