So, it was just the other day that Kristijan wrote about the Samsung SM-E500F being spotted on Zauba, and now another budget Samsung handset has been spotted. This times it is the SM-J100F. For those of us unfamiliar with Zauba, it tracks the import and export of goods from India’s ports.

In terms of the handset, we can clearly see that the SM-J100F is neither a flagship nor a mid-range device. Instead, it is firmly planted in entry-level territory. For instance, it is being powered by a Marvell PXA1908 CPU that uses four ARM (V7) Cortex-A53 cores that are clocked at 1.2GHz. With the graphics being provided by a Vivante GC7000UL GPU. There is 1GB of RAM available for multi-tasking duties along with 4GB of internal storage. It’s unclear whether Micro-SD card support is present or not, at this point. The 4.8-inch display has an 800 x 480 resolution and features multi-touch support. Strangely, the SM-J100F appears to have the same camera both front and rear, a 4.8MP sensor that can record Full HD video. According to the specs found on the Zauba database, the rear camera does sport an accompanying flash. However, a light sensor, gyroscope, GPS, Bluetooth support are all included, although it doesnnt look like the SM-J100F has support for NFC (Near-Field-Communication).

The SM-J100F is said to run Android version 4.4.4 (KitKat) out-of-the-box. Naturally, being a Samsung device it runs a version of their TouchWiz interface, for better or worse. You either love it or you hate it. Other than that, there’s no news on when the handset will be launched in India, or whether it will be released in other markets for that matter. There is also no news on pricing, although you would think with the relatively low level specifications, the SM-J100F should be undercutting the Android One handsets. If it is to sell in any sort of numbers. If you are in the market for an entry-level handset, would the SM-J100F be on your list? And what sort of price would you be willing to pay for it? As always, let us know in the comments below or on our Google Plus page. 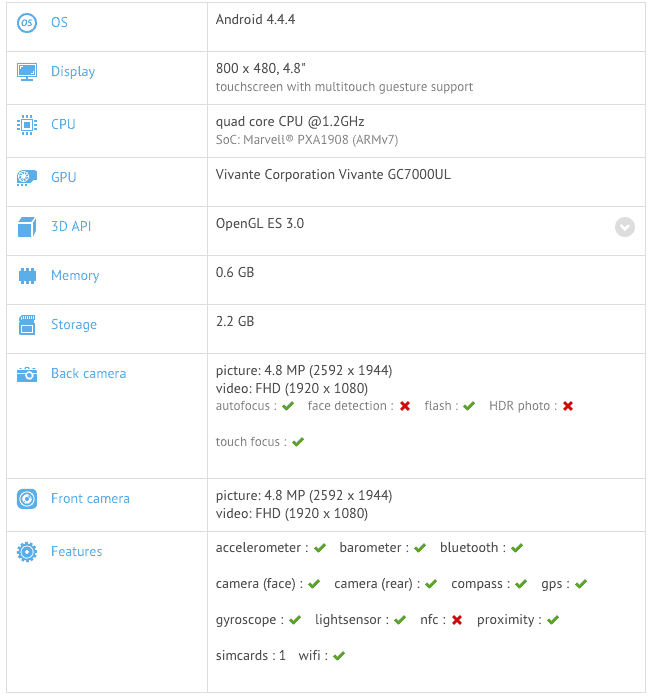