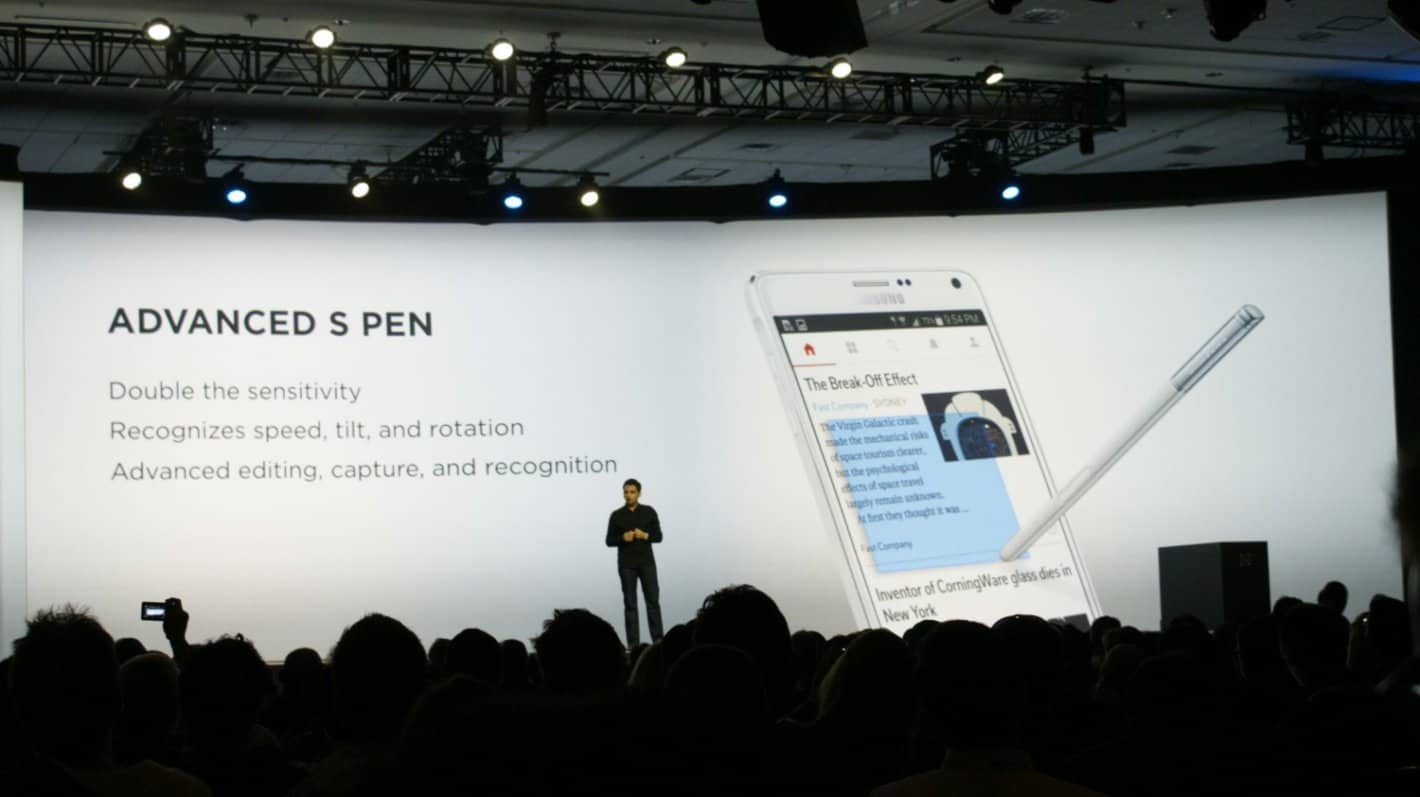 The Samsung Galaxy Note 4 is one of the most sophisticated handsets available on the market. There are four versions available, depending on the processor and number of SIM slots in the device, but each shares a number of common features, such as the ultrahigh screen resolution (described as QHD and consisting of 2,560 by 1,440 pixel resolution), a high performance processor (either Samsung Exynos or Qualcomm Snapdragon flavour), 3 GB of RAM, an optically stabilized rear camera and the S Pen, Samsung's take on the stylus. Samsung also announced the Galaxy Note Edge, a similar device to the Note 4 (with almost identical specification) but a curved screen, whereby the display extends around the edge of the device. Comparing the Note 4 with the Note 3, it's immediate predecessor, the Note 4 represents an improvement in almost all respects – processor power, screen, camera and software functionality. But one area that Samsung didn't touch was the S Pen. Today, they've put that right at their Developer Conference at San Francisco.

I'll write about the S Pen, which is a way of helping users be more productive on their devices. The S Pen can be used to control the device and doesn't have to touch the screen to be recognized, but can be held just over the surface. The S Pen has a button on it, which when clicked pops up the Air Command menu. From here, you can use the Action Memo (part of S Note), Smart Select something on the screen, use Image Clip or Screen Write. Thanks to the high performance processor under the hood, the Note 4 is very responsive when using the S Pen to annotate something, and because it has a very sharp screen, it's possible to write the tiniest of scrawls, too! The S Pen is much better to use for precise editing because it has a much smaller focus point compared to a finger and it also shows where it's aiming at even when a few millimetres away from the screen. And it's at this point that I need to do the writing equivalent of shrugging my shoulders when it comes to the S Pen. I get that it can do some neat tricks, but it's always felt awkward for me to retrieve the stylus from the silo, do something on the screen, then put it back. And yes it can do clever things, but it does clever things on a smartphone and is better suited to something larger, such as the 10 inch Note tablets.

Nevertheless, enough people love their S Pens such that Samsung have announced a new model the Advanced S Pen. This is twice as sensitive as the current generation model. It recognizes velocity, tilt and rotation and the Note 4 can use this data to help improve ease of use and advanced editing functionality. Samsung have also announced the Advanced S Pen has it's own Software Development Kit, allowing developers to build in support for the Advanced S Pen into their applications. We've no word on availability, cost or if it'll support any other devices beyond the Note 4 and Note Edge, but as soon as we do, we'll let you know. Meanwhile, do you use a Samsung Galaxy Note? If so, how much do you use the S Pen?