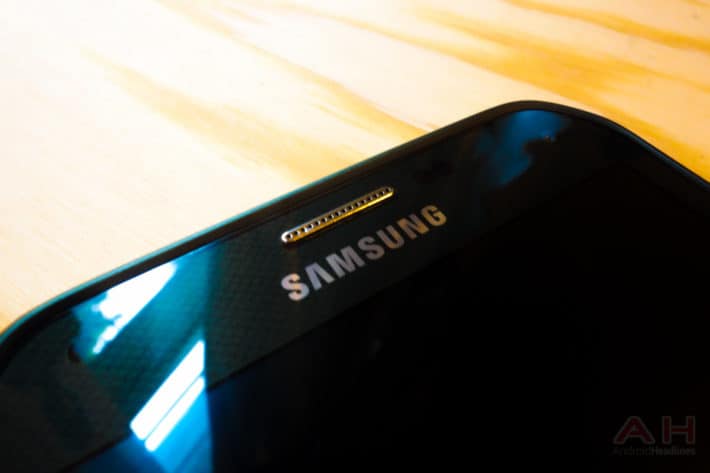 Rumors surrounding Samsung’s upcoming Galaxy S6 smartphone are piling up. We’ve seen a bunch of them thus far, earlier today a report came from Korea which suggested that the Samsung’s newest flagship will feature the next-gen UFS Flash memory. A while ago, SamMobile’s sources reported that Samsung is going all in when it comes to Galaxy S6, the company intends to re-invent the handset and make it differentiate from the Galaxy S5, in other words it won’t be just an iterative update to its predecessor. Some concept images and videos also leaked as well as alleged specifications of the device. But we’re here to talk about a new rumors which is coming from Korea according to which, Samsung will unveil the Galaxy S6 smartphone at MWC 2015. Mobile World Congress (MWC) will start on March 3rd and will be over on March 5th 2015. Samsung will most probably hold a separate event for the launch of company’s upcoming flagship though, but either way we spin this, it fits the Q1 2015 timeframe.

According to previous rumors, Galaxy S6 will sport a 2K (2560 x 1440) Super AMOLED display along with  3 or 4GB of RAM and a ton of storage options. Metal build is a given considering the handsets Samsung has been releasing lately and I guess they’ll want to improve the current 16-megapixel shooter which is included in the Galaxy S5, we might see 20+MP camera on the back of Samsung’s upcoming flagship. Android 5.0 Lollipop will quite probably come pre-installed on that device, considering Samsung is already working hard in order to bring Google’s newest version of Android to company’s current devices and is making great progress already. There are still over 3 months until we get to Galaxy S6 launch timeframe, so there’s plenty of time for Samsung to optimize its UI for that handset.

Do you have any special wishes / requests for the Galaxy S6, what would you like for Samsung to change compared to the Galaxy S5 or perhaps company’s recently launched devices? I personally would like a completely different UI with a lot less bloat on top of Android, as I’ve said many times before, I just can’t stand that UI, but that’s just me. I bet a ton of you actually like Samsung’s take on Android, but I’m sure you’d like something changed too, so… please do share.