Skip to content
Trusted By Millions
Independent, Expert Android News You Can Trust, Since 2010
Publishing More Android Than Anyone Else
18
Today
146
This Week
787
This Month
6721
This Year
124242
All Time 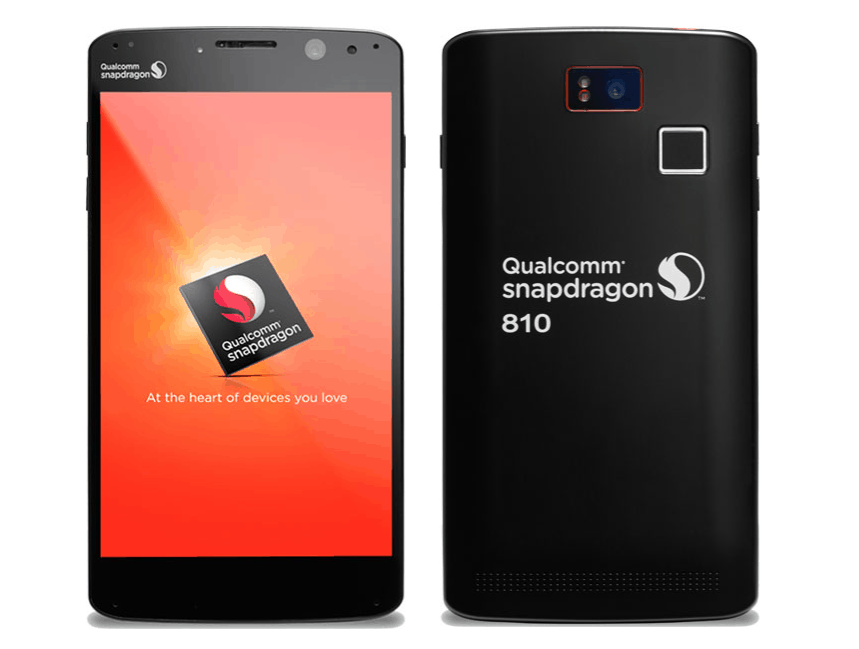 Qualcomm makes the most popular smartphone processor these days. Snapdragon processor are extremely popular and many manufacturers use them to power their device, these chips are known to be reliable and to offer great performance. Well, the company just released a Qualcomm Snapdragon 810 reference smartphone and tablet hardware. Both the smartphone and the tablet are now available to order from the Canadian company Intrisinsync. Let’s check out what they have to offer, except the Snapdragon 810 chip which is of course located in both of them.

The smartphone features a 6.2-inch 2560 x 1600 display along with 4GB of LP-DDR4 RAM (first time we see this RAM commercially available) and 32GB of internal storage (expandable via MicroSD card). The device is, of course, powered by Qualcomm’s Snapdragon 810, a 64-bit octa-core processor which comes with an Adreno 430 GPU for graphics rendering and Qualcomm Hexagon V56 DSP. On the back of this handset, you’ll find a 13-megapixel camera while there’s a 4-megapixel shooter located on the front side of the device. The device has eight microphones built-in, while the fingerprint, temperature and humidity sensor are also on board. 3020mAh battery is included as well, while Qualcomm Quick Charge 2.0 is supported as well.

As for the tablet, it features the same processor and RAM, while it sports a 10.1-inch 4K display (3840 x 2160). It ships with 64GB of internal storage, though the storage is expandable via MicroSD card. 13-megapixel camera (shoots 4K at 60FPS) is located at the back of this device while you’ll find a 4-megapixel shooter up-front. This tablet also has two 3D IR camera built-in. The device comes with a 7,560mAh battery and it features the same sensors as the smartphone.

Both of these devices will ship by mid-December, the phone is priced at $799 while the tablet costs $999. Keep in mind that these devices are not intended for regular consumers, this is developer reference hardware. I believe some of you would definitely like to get your hands on this hardware, Snapdragon 810 plus 4GB of RAM? Yes, please. No doubt these devices have an extremely powerful spec sheet, we’ll hopefully see one of the manufacturers release something similar spec-wise in 2015, the sooner the better. 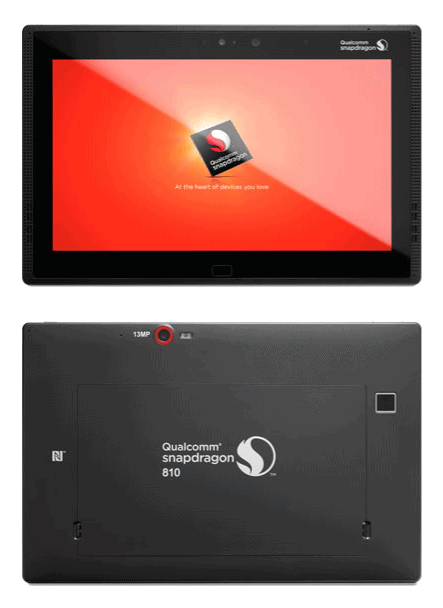